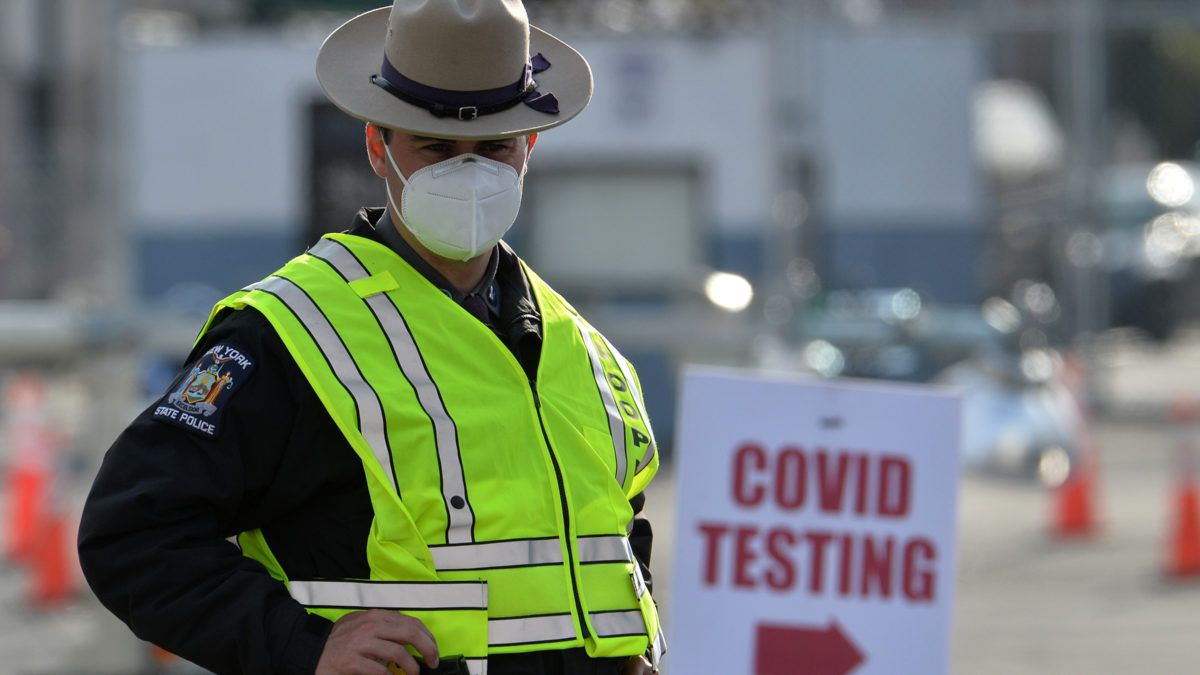 Summer has returned to Wisconsin in a way few of us could have imagined even just a few months ago.

Highways are full of bumper-to-bumper traffic from Illinois, restaurants are at full capacity with waiting lists, and good luck finding space for your beach towel at any community pool or waterpark in the state.

For the past year, Governor Tony Evers fought relentlessly to keep Wisconsin closed, its economy shuttered, and its residents imprisoned in their homes.

Even the Milwaukee Brewers are allowing fans to fill all the seats at American Family Park, which they say – is all thanks to Gov. Evers.

“This landmark event would not be possible without your leadership and the dedicated work of Wisconsin’s public health officials,” Brewers President Rick Schlesinger wrote in a letter to the governor this morning.

Schlesinger’s statement is utterly ridiculous. For the past year, Governor Tony Evers fought relentlessly to keep Wisconsin closed, its economy shuttered, and its residents imprisoned in their homes.

Had it not been for the Supreme Court intervening last May, his Badger Bounce Back plan – and with it Safer At Home – might very well still be in effect. He demonstrated repeatedly his intentions to keep the government interventions going. In October he tried to reimpose capacity restrictions, and the Court had to step in again. He turned to mask mandates, and was yet again told to back off this past spring.

Governor Evers and Andrea Palm issued the Safer At Home on March 24, 2020. It shut down all non-essential business, closed schools and churches, banned group gatherings, and prohibited all forms of travel. The order did not explain when it would be safe to reopen the state, but its stated purpose was to “flatten the curve” so hospitals weren’t overrun.

Almost a month later, on April 20th, Gov. Evers released his plan describing when the coast would be clear. He called it the Badger Bounce Back plan, and it expanded his original goal of “flattening the curve” to essentially eradicating all traces of COVID-19 in Wisconsin.

Badger Bounce Back was a three-phase plan. It included both gating requirements and core responsibilities, which combined to create a seemingly unachievable scenario.

Wisconsin would start in phase zero, with the Safer At Home lockdown in full effect. Evers had to extend that lockdown on April 24th, because it was going to expire.

.@GovEvers says “As much as there are people that believe that we’re going to return to the good old days – that’s just not going to happen,” and businesses need to figure that out before they can reopen. #ReopenWisconsin #LiberateWisconsin #WIright pic.twitter.com/c9bFeF0kL0

Gov. Evers made it clear that it had to be 14 days in a row of continuous decline. One day’s results in the wrong direction would reset the counter. Also, all six gating requirements had to be fulfilled at the same time in order to advance phases. The MacIver Institute pointed out those requirements made it unlikely Wisconsin could ever get past phase 0. Thankfully the courts intervened and Badger Bounce Back quickly became irrelevant.

However, now that groups like the Milwaukee Brewers are reinventing Wisconsin’s recent history, it’s worth reexamining the Badger Bounce Back plan and determining whether Wisconsin could still be locked down today.

The first requirement was a “Downward trajectory of influenza-like illnesses reported within a 14-day period.” Although flu cases have been at historic lows over the past year, Wisconsin does not technically satisfy this first requirement. According to DHS, the trajectory of Flu-like illnesses in Wisconsin has been “normal” for the past several months. Needless to say, a “normal” trajectory is certainly not a “downward” trajectory. Also, there was a brief spike earlier this month when the percentage of ER visits for the flu ticked up from 0.3% to 0.5%. Would that send the state back to square one?

The second requirement was a “Downward trajectory of COVID-19-like syndromic cases reported in a 14-day period.” Well, on June 16th, the number of cases jumped from 43 to 113. Start over.

Don’t forget, DHS still considers Wisconsin to have a “medium” level of overall COVID-19 activity. The activity level was still rated as “high” less than a month ago.

Gating Requirement 3 – Met (Thanks to MacIver)

The third gating requirement is a “downward trajectory of positive tests as a percent of total tests within a 14-day period.” Wisconsin has this requirement in the bag. Positivity has been continually dropping since May 11th, when it was 3.1%. As of Monday, June 21st, the rate was 0.8%.

However, it is very important to point out that DHS was initially using a flawed methodology that did not consider “positive tests as a percent of total tests.” Instead, it was comparing positive tests to the number of people each day being tested for the first time. The result was nonsense, but ensured the rate would increase indefinitely. The MacIver Institute pointed this out in September 2020, and after much denial from DHS, the department eventually dropped its methodology in favor of the methodology recommended by MacIver. Without that change, it’s far from certain this requirement would be met even today.

The fourth requirement is “Treatment of all patients without crisis care.” This one is difficult, because there’s not an exact metric for it in DHS’ COVID-19 databases. All we can say is ER visits for flu-like illnesses, which as stated above, has remained a steady .3% throughout the spring. Although the rate briefly ticked up on June 1st, it might matter here. This gating requirement doesn’t need a downward trajectory, so it’s very possible the state might have achieved this particular requirement.

The fifth requirement is “Robust testing programs in place for at-risk healthcare workers.” The state no longer tracks this, but it’s very likely this requirement has also been met. After all, Wisconsin’s current testing capacity is almost 60,000 a day, and less than 15,000 people a day are getting tested for COVID-19 anymore.

The sixth and final requirement is “Decreasing numbers of infected healthcare workers.” The number of healthcare workers infected with COVID-19 has been continually dropping since May 4, 2021 when it was average 137 over a seven-day period. However, 12 days ago it ticked up from 37 to 39 cases, supposedly restarting the counter. Therefore, this gating requirement is currently not met.

And so, it would appear Wisconsin has not quite yet met the Badger Bounce Back requirements that would allow us to enter phase 1. We wouldn’t even be close. Even today, DHS claims 65 out of Wisconsin’s 72 counties are experiencing a medium to high level of COVID-19 activity.

That would mean, if Gov. Evers stuck with his plan, then churches, schools, bars, and all other so-called non-essential businesses would be closed. Wisconsin Dells, Door County, and all of Wisconsin’s other great resorts would be ghost towns. Even the Milwaukee Brewers’ American Family Park would be closed to the public if Gov. Evers’ plan was still in effect.

Just remember that, as you enjoy your summer in Wisconsin this year and things finally seem to be back to normal – and not some so-called “new normal” either!