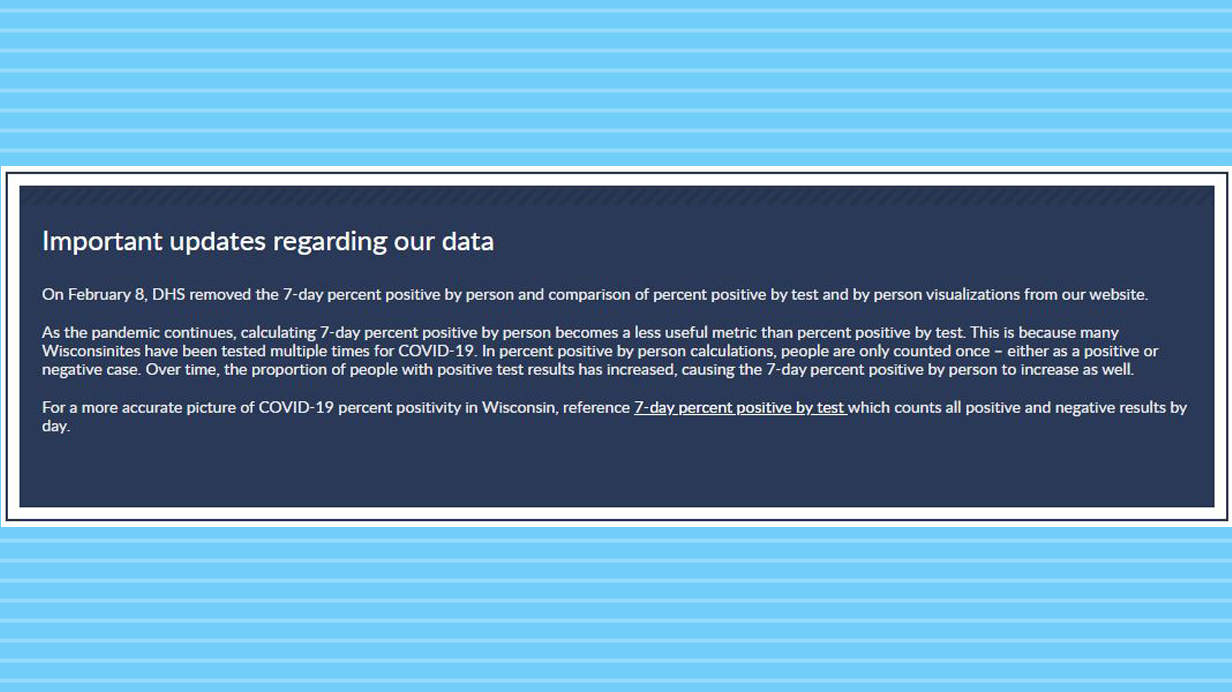 .@DHSWI finally drops its flawed 'by person' #COVID19 positivity rate as recommended in a @MacIverWisc report. #WIright Click To Tweet

The Wisconsin Department of Health Services (DHS) was forced to finally abandon its flawed positivity formula this week because it was producing increasing inaccurate results – exactly what the MacIver Institute predicted would happen back in September.

That formula attempted to calculate Wisconsin’s positivity rate using a “by person” method, DHS incorrectly believed was backed by the CDC.

“As the pool of people who have never been tested before continues to shrink,” according to the September 23rd MacIver Institute report. “Subsequently the positive test rate will continue to artificially rise.”

MacIver recommended DHS use a much simpler method, also recommended by the CDC, that focuses on tests rather than people. The CDC’s instructions for the “by test” method are to compare the number of new positive tests with the total number of new tests processed.

Milwaukee Journal Sentinel reporter Eric Litke “PolitiFacted” the MacIver Report. He claimed it was “both false and ridiculous,” and gave it a “Pants on Fire” rating.

Unfortunately for Litke, the Journal Sentinel, and PolitiFact, DHS adopted MacIver’s recommendations to use the “by test” method immediately after the story was published.

Four months after MacIver’s initial report, on February 8th, DHS acknowledged the “by person” method was not working.

DHS not only took down the “by person” metric from its website. It also removed all its historical data from the past year.

This decision by DHS to abandon its flawed “by person” formula validates and vindicates the MacIver Institute report, which PolitiFact still labels as a “Pants on fire” lie.