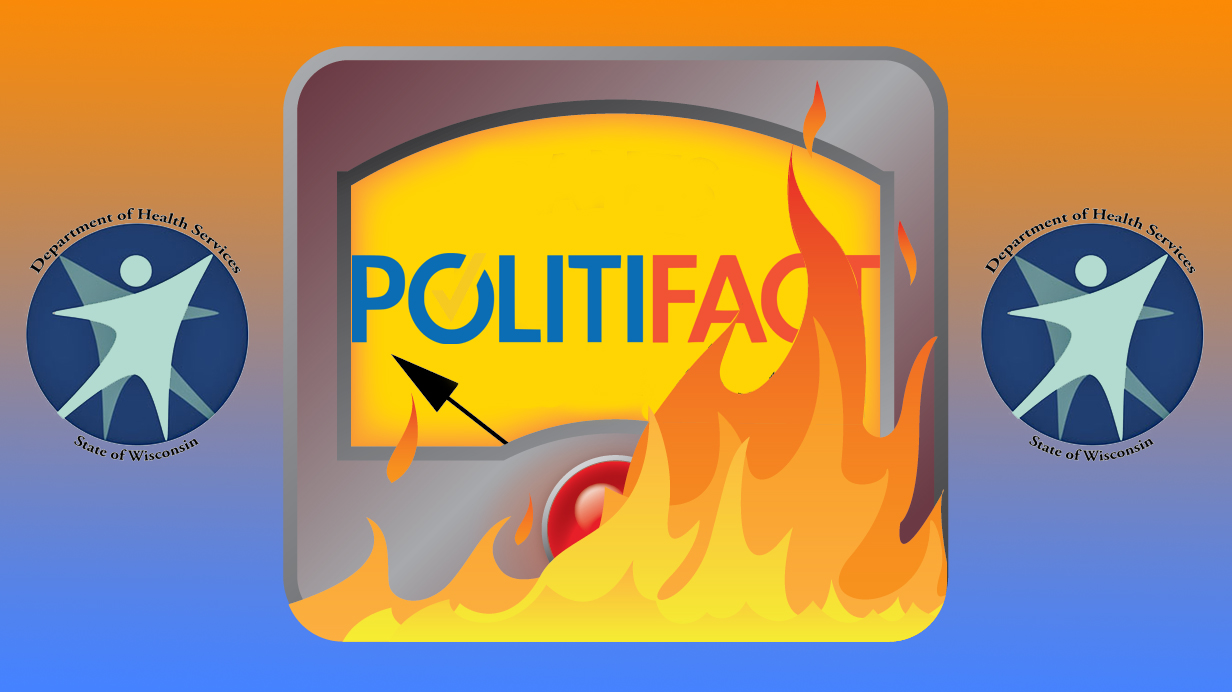 The timing couldn’t be worse for the Milwaukee Journal Sentinel.

Hours after its reporter, Eric Litke, attempted to discredit a MacIver study about a mistake DHS was making in calculating the COVID-19 positivity rate – DHS adopted MacIver’s recommendations.

The Journal Sentinel, Erik Litke, and Politifact had just rated MacIver’s study “pants on fire” the night before. To do so, Litke rewrote the study’s key points, and then proceeded to dispute them. This is widely known as a “strawman” fallacy.

The fact that DHS was only considering the results from people being tested for the first time is key to understanding why so many results had been tossed and why Wisconsin’s daily positivity rate was wrong. Litke omitted this key fact.

As the MacIver study explained, DHS did this to avoid counting the same individual cases more than once. Unfortunately, that method resulted in an inflated positivity rate. MacIver did not dispute that the rate was increasing regardless of what method was used.

Litke pointed to Johns Hopkins University. It calculates positivity by taking the number of people who test positive and dividing it by the total number of people tested. DHS did not do this. It disregarded everyone who was not being tested for the first time.

Litke asserted that Wisconsin was using an optional method described on CDC’s website.

This method only works to calculate the overall rate. It does not work when calculating the daily rate, as Wisconsin was doing.

This is what Wisconsin’s COVID-19 positivity rate would look like if @DHSWI had been correctly applying the @CDCgov‘s “people-to-people” positivity formula (orange line) compared to how they were doing it (blue line). pic.twitter.com/m3xA2jY2L9

The method recommended by MacIver resulted in a 9.4% rate for Sep. 29th, which is higher than the 7.8% result from the “people-to-people” method. However, this daily rate is more useful than an overall rate, because it focuses on the current situation. The overall rate will always go up, because the overall total number cases can never decrease. The “new people” rate will become more and more inaccurate as fewer and fewer people exist who have never been tested before.

In an attempt to support the “new people” method, Litke used the false argument that it must be correct because other states appear to be doing the same thing. If those states are applying this method the same way Wisconsin did, their rates are also incorrect.

Litke also believes that DHS’ method was sound because they’ve been using the same method all along. By that logic, there’s no difference between accuracy and consistency. This position is both absurd and ignorant. MacIver never claimed DHS changed its method.

If a navigator makes a mistake at the beginning of a journey, it might appear he is heading in the right direction for a while, but eventually the ship will miss its destination by hundreds of miles. DHS is that navigator, and the daily positivity rate is the ship. It’s getting harder to cover up the initial mistake. The Sentinel is sure trying though.

“While the two lines follow similar trajectory, you’ll see that they began to split off around mid-June. The 7-day percent positive by person is higher, while the percent positive by test is lower. This is likely because at this point in the pandemic, testing capacity had increased to the point where repeated testing was becoming more commonplace,” DHS explains.

MacIver’s study explained having an accurate positivity rate was important because it was one of six gating requirements the Evers Administration used to make public health policy decisions. DHS has now removed the gating requirements from its website as of Wednesday morning.

All of this puts Eric Litke, PolitiFact, and the Journal Sentinel in a very difficult position. Should they retract the “Pants on Fire” rating they gave to MacIver’s study? After DHS’ shift, they really have no choice.