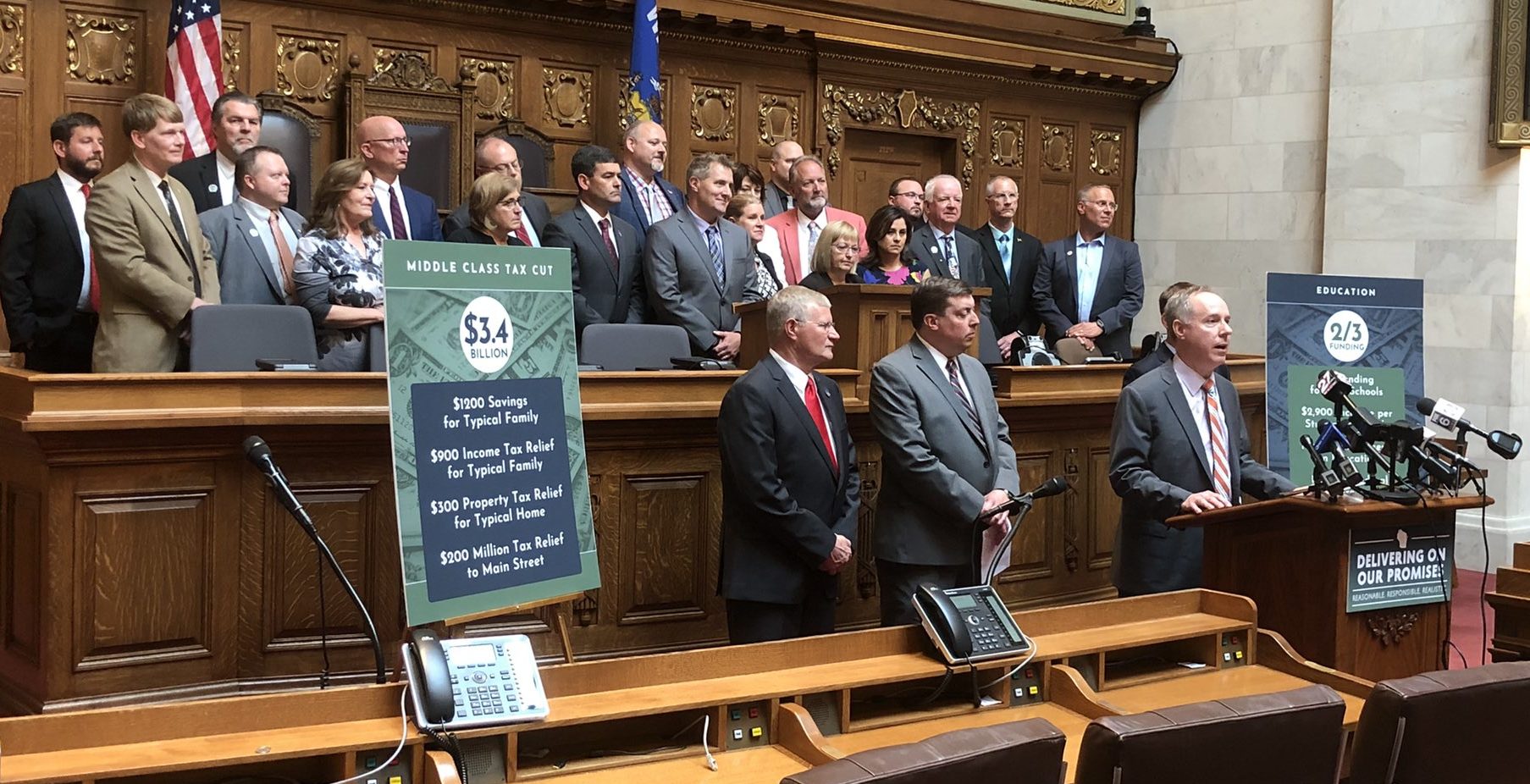 With an unprecedented $5.87 billion budget surplus expected by the end of the upcoming biennium, Legislative Republicans’ proposal for a $3.4 billion tax cut makes perfect sense…which is why Governor Evers will almost certainly veto it.

Almost as soon as the Legislative Fiscal Bureau announced earlier this month that Wisconsin had collected $4.4 billion more in tax revenue than originally projected, Governor Evers demanded that the Legislature devote most of it to K-12 schools and the University of Wisconsin System.  Never mind that the state’s schools are fully funded and have been for decades despite seeing steadily declining enrollment, Evers is determined to spend every last cent of Wisconsin’s unexpected windfall on his prized educational bureaucracy.

Were he at all educated in sound fiscal policy, Evers would reinvest that money in Wisconsin’s taxpayers and in turn ensure even greater tax revenues in the future.  Over the past decade, Republicans in the Legislature and former Governor Scott Walker reduced the overall tax burden on Wisconsin’s citizens by $7.8 billion and general tax revenue rose by $4.8 billion.

This came as no surprise to anyone who has even a passing knowledge of American tax policy over the last century.  Every single time federal income tax rates were cut—in the 1920s, 1960s, 1980s, and early 2000s—federal tax revenue dramatically increased.

After news that Wisconsin will see $4.4 billion more in revenues than expected, Republicans announced a $3.4 billion middle class tax cut & another historic investment in K-12 schools that meets the requirements to receive federal relief funding. The avg. family will save $1,200! pic.twitter.com/Es0ywNiPt5

What the political left derisively calls “trickle down economics” is actually basic economics. Legislative Republicans understand this, and they are seeking to further stimulate Wisconsin’s economy and ensure greater tax collection in future budgets by cutting taxes by $1,200 for a typical family per year–$900 in income tax relief and $300 in property tax relief.

Strangely, though, Evers and Democrats in the Legislature who were huge fans of the federal government’s $1,400 stimulus checks just three months ago can’t bring themselves to support $1,200 per family in tax savings that the government can actually afford.

As part of the state budget, the Republican plan would drop personal income tax rates and reduce the property tax burden by $650 million.  In a standalone bill outside of the budget process, they will eliminate the personal property tax for businesses, saving them an estimated $200 million per year.

The Joint Finance Committee has now sent the budget to the full Legislature, which will almost certainly pass it in its current form.  Evers, however, is all but vowing to use his extensive line-item veto power to gut the Republican tax cuts or simply veto the budget in its entirety.

Doing so would be to ignore not only the lessons of American tax history, but also the last ten years of revenue growth in Wisconsin.  Lower taxes inevitably lead to greater tax revenue, and if Wisconsin wants its economy to keep growing, it will remind its Governor to bone up on basic economics.