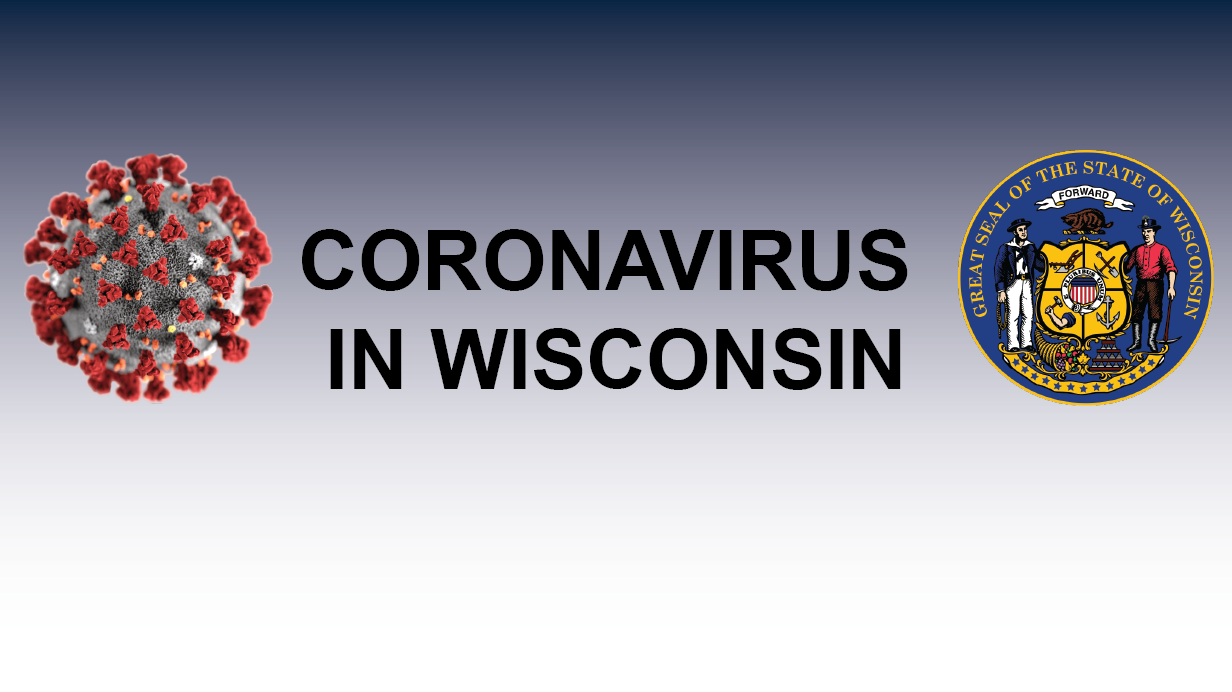 The Wisconsin Senate has passed the latest COVID-19 response bill, AB 1, after removing multiple key policies and public protections that were passed by the Assembly.

The Senate and the Assembly versions of AB 1 maintain some essential similarities. Both bills would allow $100 million to be transferred from existing state appropriations to be spent on COVID-19, with approval from the Joint Committee on Finance (JFC). The Legislature authorized a similar provision back in April of 2020 for $75 million, which the Evers Administration decided not to utilize.

Both bills would require nursing homes to allow at least one “essential visitor” per resident, like a family member, to visit and provide support.

Both bills would also require the Department of Workforce Development (DWD) to address their backlog of unemployment claims within the 30 days after the COVID-19 package is passed. Additionally, DWD would be required to extend their call center hours to 12 hours a day, 7 days a week until claims processing is again “at levels comparable to those in January and February 2020,” according to LRB. To understand the “unprecedented” situation at the state’s office of unemployment during COVID-19, click here.

There are, however, several major provisions that were in the Assembly’s version of AB 1 that were taken out by Senate.

One major provision that the Senate bill deleted a prohibition on local health officials closing a church or place of worship. This would have provided a major protection to the free practice of religion in Wisconsin in the midst of the COVID-19 outbreak.

Another protection against the unchecked power of unelected bureaucrats that the Senate deleted would have required elected officials to approve of any lockdown plan by a local public health official. The Assembly proposal would require that after 48 hours, a local public health official’s plan of action against COVID-19 in a city, village, town, or county must receive a yes vote from 2/3rds of the local governing body in order to execute the plan for 14 more days. After 14 days, the local governing body would have to vote to extend the public health official’s plan again. By voting to take this out, the Senate has removed an important safeguard for municipalities against sudden unilateral actions executed by unelected public health bureaucrats.

The Senate deleted another provision that would have barred employers from requiring an employee to get the COVID-19 vaccine. Another provision would block the Wisconsin Department of Health Services and local health departments from requiring anyone to get a COVID-19 vaccine. This provision would prevent any vaccine mandate, and so it is crucial for any Wisconsinite who wants the right to choose whether they take the vaccine or not.

Also deleted from the Senate’s version is one of the provisions that would encourage schools to return to in-person instruction. The Senate deleted the requirement of a 2/3rds vote from a school board for a school district to replace in-person instruction with virtual instruction. This provision is critical to maintaining face-to-face classroom instruction, where children are more likely to receive a better education and are just as likely to contract the coronavirus as if they were in exclusively online school. Just yesterday, the Centers for Disease Control and Prevention (CDC) published a study, which found that “aggregate COVID-19 incidence among general population in counties where K–12 schools offer in-person education (401.2 per 100,000) was similar to that in counties offering only virtual/online ed (418.2 per 100,000).”

The Senate amendment also deleted the provision making it easier for a student to open enroll to a different public school district during this school year and next (Fall of 2021 – Spring 2022). No Republican Senator has publicly stated why they believe it is a good idea to limit parents’ ability to find in-person, on-site instruction for their child.

The Senate also deleted a provision that would give JFC oversight on how the Governor and his administration spends federal COVID-19 funds. This would allow the legislature into discussions on how funds, like the $2 billion that Governor Evers received from the CARES Act, are allocated.

There is a similar provision adopted by each house that highlights one final, crucial difference. The two bills include liability protections for businesses, healthcare providers, and other entities against COVID-19-related lawsuits. According to the non-partisan Legislative Reference Bureau (LRB), “The bill establishes a civil liability exemption for entities for any act or failure to act resulting in or relating to a person’s exposure to the novel coronavirus identified as SARS-CoV-2 or COVID-19 in the course of or through the performance or provision of the entity’s functions or services. Under the bill, immunity does not apply if the act or omission involves reckless or wanton conduct or intentional misconduct.”

The Assembly version of AB 1 says that a business or entity is not engaging in “reckless or wanton conduct or intentional misconduct” if the entity decides to ignore federal, state, or local COVID-19 orders. The Senate version removed that provision, thereby putting businesses and other entities in danger of being guilty of “reckless or wanton conduct or intentional misconduct” if they refuse to listen to a COVID-19 order. This takes away a key protection for businesses owners who wish to choose if they close or limit their capacity.

Assembly Majority Leader Jim Steineke (R-Kaukauna) said he was “incredibly disappointed” that the Senate made their changes to AB 1. “Instead of listening to WI families, the Senate approved a bill that fails to provide protections for places of worship. It fails to allow those who want to opt out of the COVID vaccine to do so. It fails to prevent local health officers from shutting down local biz on a whim,” Steineke commented.

Instead of listening to WI families, the Senate approved a bill that fails to provide protections for places of worship. It fails to allow those who want to opt out of the COVID vaccine to do so. It fails to prevent local health officers from shutting down local biz on a whim.

“We will never compromise our conservative ideals in the name of political expedience,” Assembly Speaker Robin Vos (R-Rochester) said about the Senate bill. “We look forward to bringing everyone together to support a more comprehensive COVID-19 relief bill, one that protects places of worship, limits government overreach, and allows for more, not less, public input.”

“Today, the Senate passed a bill which can deliver a win for our state as we work to govern responsibly during this time of turmoil,” Majority Leader LeMahieu said.

“I’ve been grateful to work together with Republican Majority Leader LeMahieu to find common ground and pass a bill on COVID-19 that reflects a good faith effort in compromise and bipartisanship,” Governor Evers commented after the passage of the Senate bill. “Although it’s not the COVID compromise we originally proposed, AB 1 as amended by the Senate is a good start to support our state’s response to this pandemic.” The Governor said that he would sign the bill if it made it to his desk, but it is unclear if his comments rule out the possibility that he will veto the bill in part.

The two versions of the bill have many of the same requirements. Both versions of AB 1 would require school districts to submit reports to the Department of Public Instruction (DPI) after each semester that the district replaces in-person instruction with virtual school instruction, until the end of the 2021-22 school year.

Both bills require all forms of health insurance to cover the cost of COVID-19 testing and vaccines, “without imposing any copayment or coinsurance on the individual,” according to LRB. A similar provision applies to SeniorCare. Both bills prohibit insurance companies from charging out-of-network costs to someone who is seeking COVID-19-releated services from an out-of-network provider.

Both bills would continue the temporary suspension of the one week waiting period before an applicant is able to receive unemployment benefits. This suspension would be extended until March 2021.

The two versions of AB 1 would allow health care providers licensed in another state to practice in Wisconsin, in order to help alleviate the state’s medical staffing shortage.

Both versions of the bill would also allow first- and second-year pharmacy students to administer the COVID-19 vaccine. The Senate bill removed language that would allow dentists to administer vaccines.

In both versions, hospitals would be reimbursed by the Wisconsin Department of Health Services (DHS) with Medical Assistance (MA) funds for providing nursing home-level care and outpatient services due to COVID-19. The two bills would also reimburse hospitals and pharmacies for administering COVID-19 tests and vaccines.

Finally, both bills allow for dead bodies to be cremated without a required examination of the body by a coroner or medical examiner, if the person died with COVID-19. The two bills also remove the requirement to autopsy the body of a Department of Corrections (DOC) inmate who died with COVID-19.

If AB 1 passes, it will be the second COVID-19 relief package passed in Wisconsin. The Legislature passed their first COVID-19 relief package in April. Several provisions in that first package would be extended by AB 1. Provisions in the April package include suspending the one week waiting period for unemployment distribution, allowing healthcare workers from other states to work in Wisconsin, prohibiting insurance policies from charging for COVID-19 tests and vaccines, and prohibiting out-of-network charges for COVID-19 care. The Legislature’s April bill also included up to $75 million available to the Governor’s Administration for COVID-19 response, as approved by JFC, but the Governor allowed the time period to use those funds to lapse.

In March, Governor Evers released his own COVID-19 relief package, which included questionable proposals, like suspending voter ID requirements, allowing statewide vote-by-mail, giving DHS unlimited spending authority during a public health emergency, allowing public health emergencies (and Evers’ unilateral power to respond) to last indefinitely, and a $200 million appropriation for the Governor’s Administration to use without legislative oversight. His March proposal also included hefty handouts, such as an expansion of the welfare program, and massive budget increases to local public health offices and the Wisconsin Economic Development Corporation (WEDC) (the full list of Evers’ March proposals is available here).

In November, Governor Evers released another COVID-19 relief package, which included $403 million to fund statewide testing and surge capacity, $63 million to fund a “community testing, contact tracing, vaccinations, and public awareness” campaign, and $75 million in small business grants given out by the Department of Revenue.

The nonpartisan Legislative Fiscal Bureau has provided a full comparison of all provisions in the Assembly and the Senate’s versions of AB 1. Their comparison is available here.

MacIver will continue to report on AB 1 and its progression through the legislative process as we learn more.