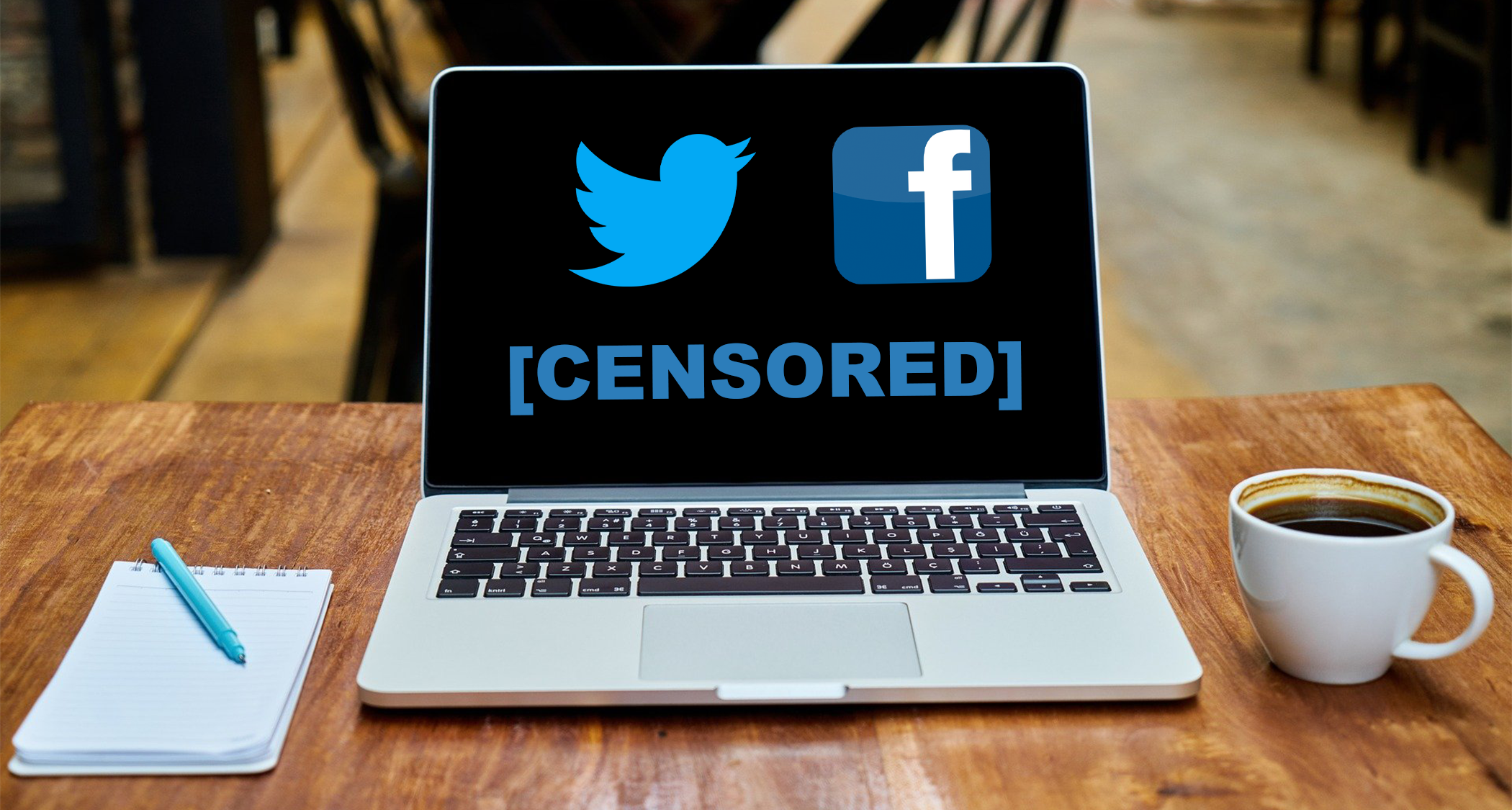 The 2020 presidential election has been described as one of the most consequential of our time, but a far more significant turning point in American history might have already occurred.

Last week, The New York Post broke a bombshell story: A computer repair technician had recovered a laptop computer that Democratic presidential nominee Joe Biden’s son Hunter had abandoned.  On it were emails proving that the younger Biden was peddling access to his father (then the Vice President) to companies and individuals connected to hostile foreign powers.

Making matters worse, emails and texts revealed that Joe Biden didn’t just know what his son was up to and meet with his cronies; the Vice President himself is alleged to have been receiving kickbacks from his son’s shady dealings.

The Post outlined what appears to be corruption on a massive scale involving the man who just might be the next President of the United States, but that in itself wasn’t unprecedented.

The coordinated censorship that followed was.  No other mainstream media outlet would report on the story even though the Biden campaign has yet to deny that either the laptop or the emails are Hunter’s.  This, however, is to be expected: Left-leaning news outlets routinely bury stories harmful to Democrats’ electoral chances.

What was unique and downright terrifying was the manner in which two of the world’s largest social media companies conspired to not just bury the story on their platforms, but actively punish users who tried to share it.

If a people aren’t allowed to know about what the powerful are doing, then they are rendered powerless to stop it.

Both Facebook and Twitter, which serve as the two primary channels for consuming news online, simply wouldn’t let Americans consume news that they deemed to be harmful.  Twitter even went so far as to lock the account of White House Press Secretary Kayleigh McEnany for daring to share the Post’s story.  I myself had my account locked for posting a picture of Hunter Biden that was found on the laptop.  The only way I could resume access to my account was to delete the picture.

The very essence of a free nation and a free people is the free access to information about that nation’s government.  If a people aren’t allowed to know about what the powerful are doing, then they are rendered powerless to stop it.

Never before in American history have its people come so close to Orwellian thought policing.  Big Brother isn’t just watching; he’s blocking you.

The MacIver Institute, too, was subject to similar censorship two weeks ago when FaceBook stuck a warning on its page and restricted the reach of an article because Politifact (Facebook’s fact-checking partner) erroneously rated as “Pants on Fire” MacIver’s reporting on Wisconsin’s COVID-19 positivity rate.  In an embarrassing rebuke of Politifact, the state’s Department of Health Services actually “began calculating Wisconsin’s daily positivity rate using MacIver’s recommendations.”

In other words, MacIver was right; the fact-checkers were wrong.  It didn’t matter. MacIver’s Facebook account was still restricted and its outreach throttled for daring to post wrongthink.

The idea that some ideas—mainstream ones based on verifiable facts at that—can land one in a digital gulag merely because of their propensity to humiliate or prevent the election of Democrats is chilling. Facebook and Twitter are, of course, private companies and thus not subject to the First Amendment, but they are subject to Chapter 230 of the Communications Decency Act, which provides that “no provider or user of an interactive computer service shall be treated as the publisher or speaker of any information provided by another information content provider.”

By actively censoring the free flow of information, both Facebook and Twitter have ceased to be content-neutral providers and are instead active publishers of content on their platforms.

By actively censoring the free flow of information, both Facebook and Twitter have ceased to be content-neutral providers and are instead active publishers of content on their platforms.  As such, they have forfeited the protection of Chapter 230.

More broadly, they have forfeited the public’s trust in them as a new sort of town square in which all users have access to a potential audience for their views.  On their Orwellian farm, it seems, all views are equal, but some views are more equal than others.  Even verifiable, undisputed information such as Hunter Biden’s damning emails can and will be censored in service to a preferred political party.

In that sense, social media is acting more like state media and needs to be confronted as such.  The freedom of a people depends upon free access to information about their government, not just those in government who don’t enjoy the protection of the digital censors.

Never before in American history has there been such a conspiracy to silence such an important (and, by all accounts, true) story for no reason other than it might do political harm to a favored candidate.  This isn’t just intolerable; it is anathema to the very concept of American freedom.