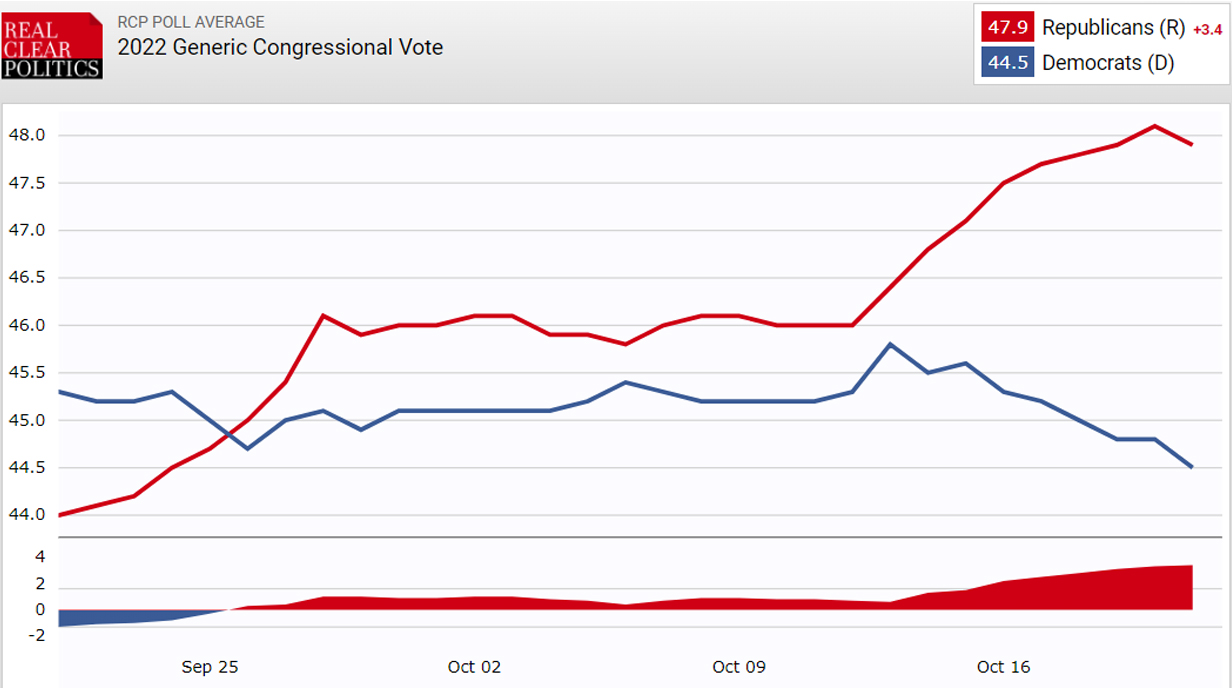 Why are Republicans surging in the polls less than three weeks before the midterm election? Because, as Dan O’Donnell writes, America is rejecting unserious Democrats in deadly serious times.

With a little more than two weeks left until the midterm elections, Democrats desperately want to refocus the national conversation on abortion, January 6th, that Jeffrey Dahmer show, something, anything other than the perilous state of the nation’s economy and its out-of-control crime rates.

Unfortunately, reality has a stubborn habit of interfering—and even MSNBC hosts like Mike Barnicle have noticed.

“While abortion is an issue, it nowhere reaches the level of interest of voters in terms of the cost of gas, food, bread, milk, things like that,” he said during an interview with Georgia gubernatorial candidate Stacey Abrams this week.  “What could you do as governor to alleviate the concerns of Georgia voters about those livability, daily, hourly issues that they’re confronted with?”

“Let’s be clear,” Abrams responded.  “Having children is why you’re worried about your price for gas, it’s why you’re concerned about how much food costs.  For women, this is not a reductive issue. You can’t divorce being forced to carry an unwanted pregnancy from the economic realities of having a child.”

Ghoulishness of the belief that killing babies is a great way to save a few bucks aside, Abrams’ response illustrates just how fundamentally unserious Democrats are about solving the inflation problem that has led to a stock market collapse and record-fast interest rate hikes that have pulled the economy into a recession and threaten further ruin next year.

Abrams has no earthly idea how to alleviate economic concerns of voters because she only knows how to advance the ideas that destroyed the economy in the first place.  She can only pivot back to the friendly territory of abortion policy in the ghastliest way possible.

At least she is focused on reality.  Pennsylvania Senate candidate John Fetterman, who is under fire for letting dangerous criminals out of prison as chairman of the state’s Board of Pardons, uses fictional character as his model for the sort of prisoner he wants to see released.

“I believe the perfect metaphor is The Shawshank Redemption,” Fetterman told Semafor, referring to the 1994 film classic.  “That’s a touchstone that virtually everybody has seen, everybody understands. I’ve asked people, would you want Morgan Freeman to die in prison or not? And I’ve never met anybody that says, ‘Yeah, he should die in prison. I would have voted to have him die in prison.’”

To be clear, Morgan Freeman is a real person; Red, the character he played in The Shawshank Redemption, is not.  Yet this is the lens through which Fetterman views his pardon decisions.  He has, unfortunately, not yet weighed in on whether he would free Cool Hand Luke.

Meanwhile, in Wisconsin, it was discovered that in the early morning hours of New Year’s Day 2015, Senate candidate Mandela Barnes praised Iran’s Ayatollah Khamenei for attacking America over race relations.

“The issue of US govt oppression against blacks is a 100s [sic] year-old issue,” Khamenei tweeted, adding the hashtag #BlackLivesMatter.

Barnes liked Khamenei’s tweet and responded with, “The first tweet of 2015 from [the Ayatollah] is #BlackLivesMatter. Let that sink in. May This [sic] be a most wonderful year for you and yours.” 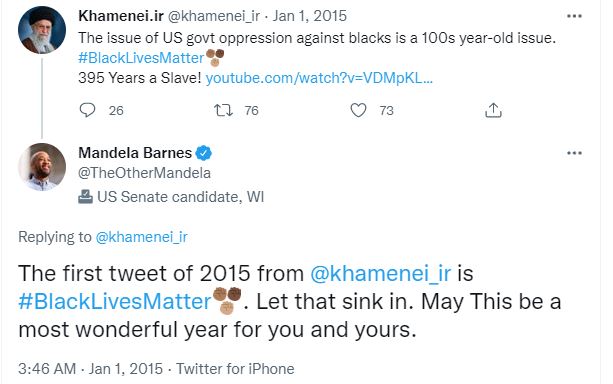 Given that this was posted at 3:46 am, one might safely assume that it was the result of a tad too much New Year’s Eve revelry, but Barnes has rarely resisted a chance to attack the country he so desperately wants to serve in the Senate.

He is, like Fetterman and Abrams and most other Democrats focused on such trivialities as abortion, Donald Trump, Morgan Freeman, and sucking up to the Ayatollah.  The overwhelming majority of Americans are concerned about their financial future, and Democrats aren’t giving them any reason to believe that they are serious enough to help them.

It’s no wonder they’re turning to Republicans, who look like the only adults on the ballot. 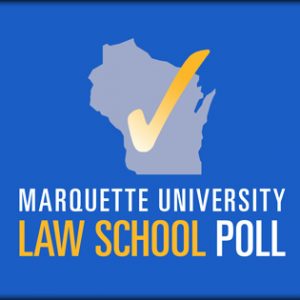 Marquette Poll: 95% of Wisconsinites Agree On One Thing 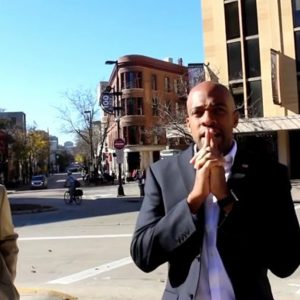