The Wisconsin Elections Commission struck back on Wednesday against claims that the WisVote database is unsecure and riddled with fraudulent entries that potentially impacted the results of the 2020 election.

Wisconsin Elections Commission Technology Director Robert Kehoe picked apart those claims point by point for the committee on Wednesday, February 16, 2022. He called Bernegger’s claims “unverified” and “fantastical.” Kehoe worked through a PowerPoint presentation that addressed many items from Bernegger’s presentation.

Last week Bernegger called out one voter by name, claiming there was no trace he ever existed. The voter’s name was “Ambrose Aadventure.”

“This is ballot cast. We call it at this point in time, an illegally cast ballot. The person doesn’t exist,” Bernegger said. “We could not find this person. If somebody can, please let us know.”

Bernegger said his group has found thousands of examples like “Aadventure.”

Kehoe said he found “Ambrose Aadventure” in a matter of minutes in an official court document, which the MacIver Institute was immediately able to verify.

WEC says it solves the mystery of “Ambrose Aadventure” in a few minutes and confirmed he is a real person with official court records. #wiright #2020election pic.twitter.com/hWlgIKTann

Kehoe also looked into some of the addresses Bernegger said either did not exist or contained more voters than residents.

For example, Bernegger pointed out 357 voters were registered at 4019 Outer Loop Rd in Somers, an address that has not existed for 10 years. However, all those voters are listed as inactive in the system, according to records Bernegger provided to the MacIver Institute.

Kehoe explained that the WisVote system is not a pollbook. It is a permanent record of every voter registration in the state. Inactive voting records are permanently listed in the system, which is why some addresses have more registrations than current residents.

Kehoe also listed 20 different security precautions that track and record everything that happens in the WisVote system. Any attempt to commit fraud in the system, Kehoe says, could not be covered up.

Bernegger responded to Kehoe’s presentation in an email to the MacIver Institute, “Tons of misinformation by WEC today, hard to keep up with so many. Will be filing many verified civil complaints to WEC.” 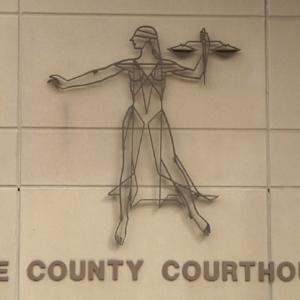