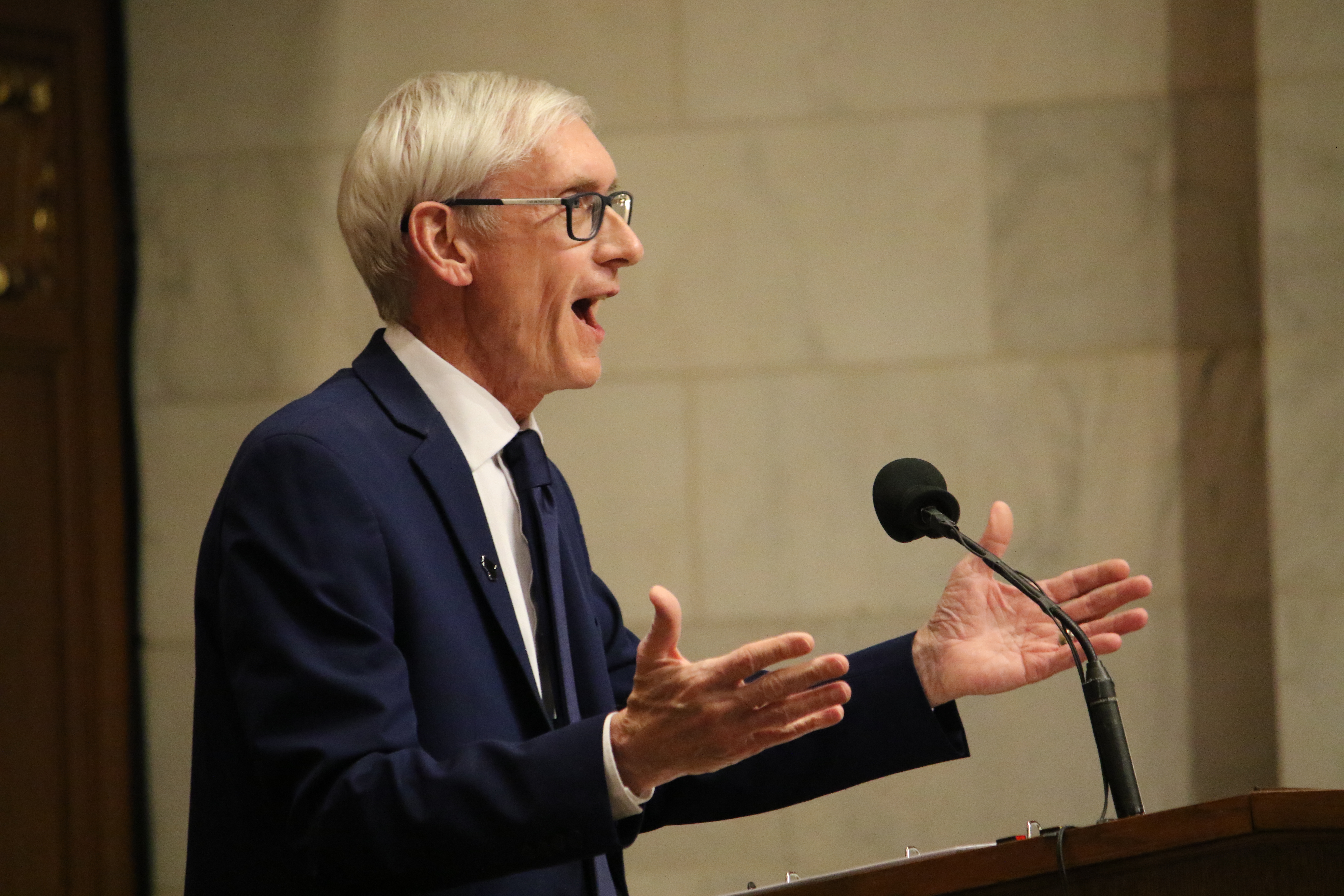 Almost as soon as the Legislative Fiscal Bureau announced a projected $3.8 billion budget surplus, Governor Evers brazenly tried to gaslight Wisconsin by pretending he supported the Republican plan that created it.

@DanODonnellShow - Evers is again trying to cast himself as the supply-side genius who turned Wisconsin’s fortunes around. This is as noxious a lie now as it was when he first told it. Click To Tweet @DanODonnellShow - A tax-&-spend Democrat, Evers is campaigning as if he was more of a fiscal hawk than Ronald Reagan.His brand of Evers-nomics called for tax hikes of over $1 billion & spending increases of nearly 10% Click To Tweet

In one of the more brazen attempts at election-year gaslighting one will ever see, Governor Evers wasted no time in taking credit for the massive state budget surplus Wisconsin’s Legislative Fiscal Bureau (LFB) announced Tuesday.

“We’ve made smart decisions with tax dollars, folks are back at work, and we’ve kept more money in your pockets,” he tweeted just hours after LFB projected that the state will finish the 2021-2023 budget cycle $3.8 billion in the black.

The primary driver of this unexpectedly rosy financial picture is the unprecedented $58.2 billion in federal COVID-19 relief that flowed into Wisconsin, a dollar figure so massive that it tops the state’s annual budget. This is an influx of money that—barring another global pandemic—Wisconsin will never see again, yet Evers is still planning to spend like it will be an annual windfall.

“I know many are facing rising costs at the checkout line, and businesses face challenges getting supplies,” Evers tweeted.  “We can’t wait until the next budget—they need relief now.”

Obviously, Evers isn’t talking about tax relief; he wants massive state spending to essentially buy votes as he faces an uphill battle for a second term in office. A traditional tax-and-spend Democrat, Evers is nonetheless campaigning as if he was more of a fiscal hawk than Ronald Reagan.

His brand of Evers-nomics called for tax hikes of over $1 billion and spending increases of nearly 10 percent that would have dropped the state’s projected $2 billion surplus to just $143 million by the middle of 2023.  Despite the largest tax increase in Wisconsin history, Evers’ bloated budget would have cost the state nearly its entire surplus.  The general fund balance would have gone from a $921 million surplus to a $938 million deficit in just two years.

Republicans in the Wisconsin Legislature, though, took one look at Evers’ budget proposal and then threw it in the garbage. They instead crafted their own, which included a massive $3 billion tax cut and spent $3.7 billion less than Evers had proposed. The Governor was apoplectic, calling the budget “paltry” and “an insult.” He even threatened to veto it entirely and start from scratch.

“That is always an option,” he said. “That is on the table.”

It wasn’t. Evers made only minor changes to the budget before signing it and then immediately claiming the Republican tax cuts as his own.

“I’m providing more than $2 billion in tax relief and cutting taxes for middle-class families at a time when our economy and families need it most,” he crowed during a self-congratulatory news conference before an incredulous reporter asked him how, exactly, he could take credit for a budget he had so vehemently opposed.

“I could have vetoed that,” Evers answered while somehow keeping a straight face.

Now that the Republican budget is proving to be an unmitigated success—and with his own political prospects looking grimmer with each new Biden approval rating—Evers is again trying to cast himself as the supply-side genius who quite literally turned Wisconsin’s fortunes around.

This is as noxious a lie now as it was when he first told it.  Evers not only deserves no credit for the state’s budget surplus, he deserves scorn for attempting to fritter it away with a budget so terrible even he didn’t bother to fight for it.

Deep down, it seems, even the most traditional of tax-and-spend Democrats knows that cutting taxes and reducing government spending (or at least reducing the rate at which government spending increases) are the quickest path to balanced budgets and even massive surpluses.