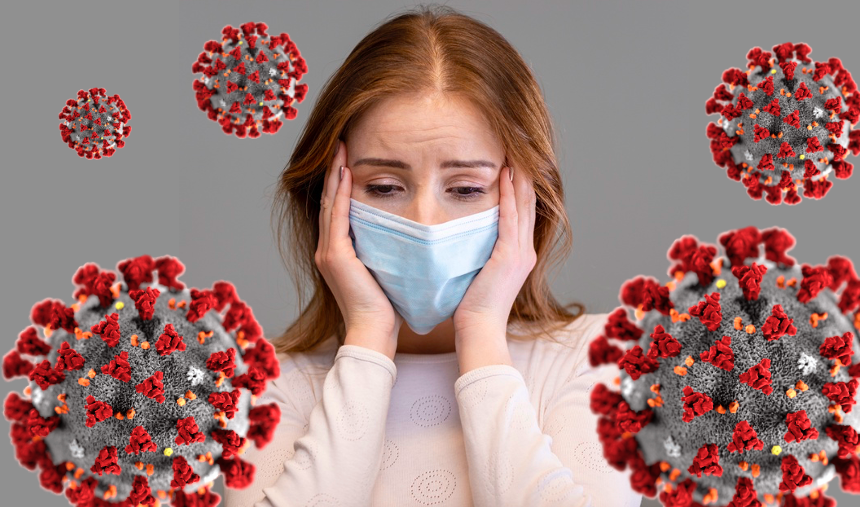 Just how hysterical has the media’s fear-mongering over the COVID-19 Delta variant over the past week? Even the Biden Administration has spoken out against it.

“The media’s coverage doesn’t match the moment,” added an anonymous Administration official in an interview with CNN. “It has been hyperbolic and frankly irresponsible.”

In what may well be a first, Team Biden is right.  The Delta variant isn’t nearly as terrifying as the media has made it out to be.  In fact, the data suggests that it is far less deadly than the original Wuhan strain of the virus.

Although there were 1.36 million new COVID-19 cases in the United States in July—the month the Delta variant became the dominant strain—there were just 8,430 deaths.  With one death for every 161 cases, the death rate in July was far lower than in June, when there were 394,297 new cases and 10,286 deaths (one death for every 38 cases).

While cases have dramatically spiked, COVID deaths have declined precipitously.  In March alone, there were 37,035 COVID-related deaths—more than the 35,719 in May, June, and July combined.

The data does suggest that the Delta variant is far more contagious, but it is also apparently far less deadly.  With a whopping 1.36 million new cases in July but just 8,430 deaths, the mortality rate for the month was 0.62 percent.  In June, it was 2.6 percent.  In May, 1.92 percent.  It has remained remarkably consistent since widespread vaccinations were made available in early 2021.

Only in July—when the Delta variant became dominant—did the death rate dip so low.  Since hospitalizations have indeed risen in recent weeks, it is entirely possible that the death rate will rise dramatically in August, but since total deaths have declined every month this year, the trajectory seems clear: COVID-19 is getting far less deadly.

This is especially true for those who have been vaccinated.  The media has reported endlessly and breathlessly on “breakthrough cases,” an NBC News analysis of CDC data shows that since the beginning of the year, there have been just 125,000 cases in vaccinated individuals and 1,200 deaths in 38 states.

With 164.9 million fully vaccinated Americans, just 0.08 percent have contracted COVID-19.  Just 0.000013 percent have died.  The Kaiser Family Foundation estimates that just six percent of the current surge in COVID cases are among the vaccinated.

The media isn’t solely to blame for Delta panic, however.  The CDC itself dramatically reversed course last week and advised that the risk of breakthrough infection was so great that even vaccinated people should wear masks indoors.  As a basis for this abrupt change in policy, it presented as evidence a study of breakthrough cases in Provincetown, Massachusetts that showed a full 74 percent of cases in July were in vaccinated individuals.

This was highly misleading.  Just seven of the 900 cases tracked in Provincetown resulted in hospitalization and no one died.

Still, the CDC returned to its mask guidance just two and a half months after saying in May that vaccinated people no longer had to wear masks indoors.  This was less a response to the data than it was a surrender to unwarranted fear.

Cases and deaths were both down significantly, but a slight jump in cases that wasn’t accompanied by a rise in deaths was met with paralyzing fear.

A sober review of the data, though, proves that this fear is almost totally unwarranted.