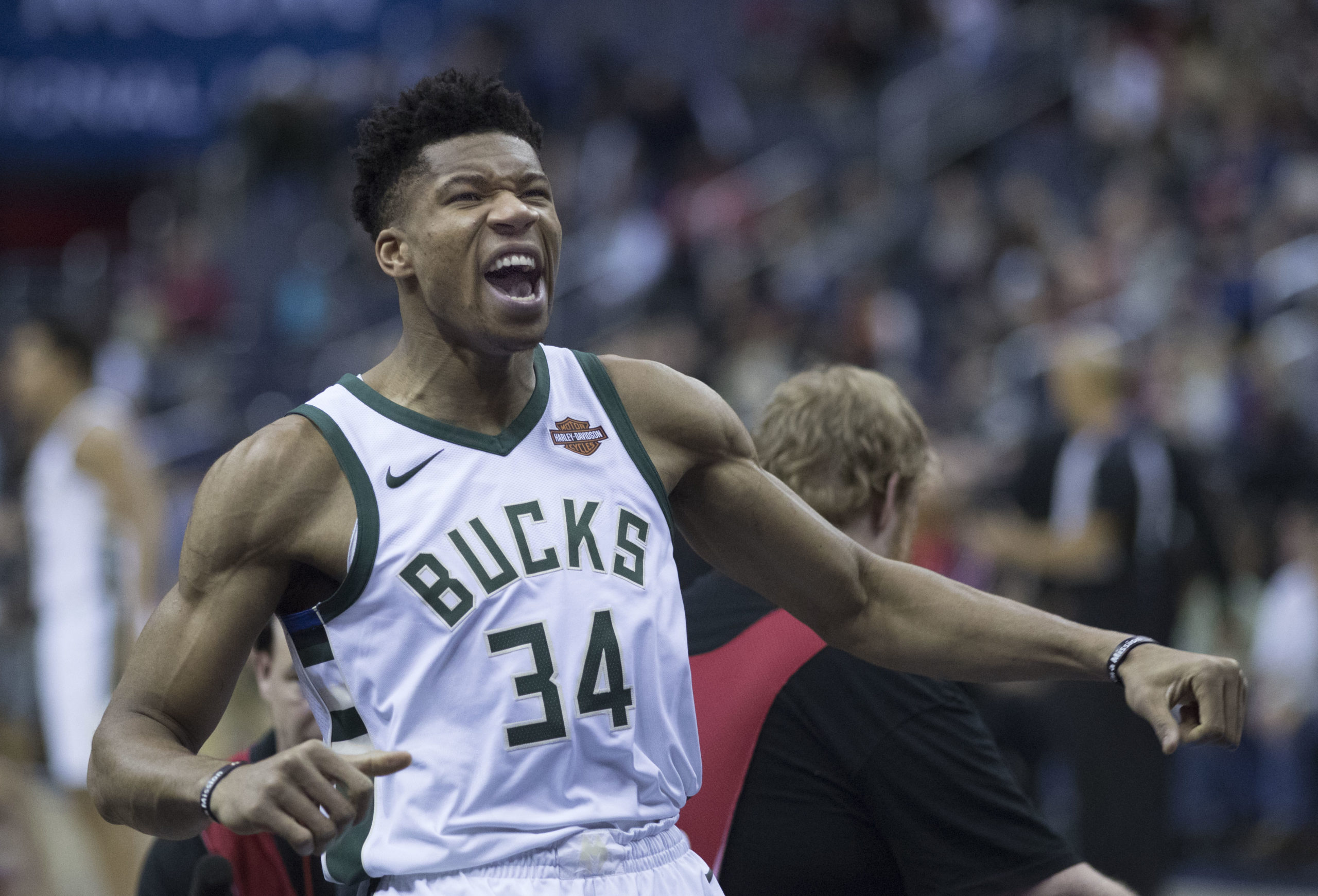 With confetti draping his shoulder and a screaming crowd surrounding him, Milwaukee Bucks superstar Giannis Antetokounmpo put a “2021 NBA Champions” hat on his head and, overcome with the gravity of the moment, he crouched down crying and then all but collapsed in a front row seat.  For a minute or two, he sat watching his teammates celebrate their title with tears streaming down his face.

It was hard not to cry with him.  Not only did his 50 points in Game 6 power the Bucks to their first championship in 50 years, but his triumph on the world’s biggest stage served as an emphatic, emotional climax to a uniquely American story.

At a time when the notion of America as the land of opportunity for all is often dismissed as fiction, a poor kid from Greece wrote his own fairytale ending.

The son of Nigerian immigrants, Giannis Sina Ugo Adetokunbo was born into such poverty in Athens that he and his brothers sold watches and sunglasses on the street to help their parents make ends meet. At an age when most future NBA stars were dazzling scouts on the AAU circuit, young Giannis was just trying to sell enough handbags for his family to put food on their table.  And often it wasn’t enough.

“Eight years ago, eight and a half years ago, when I came to the league, I didn’t know where my next meal will come from,” he said during his postgame press conference Tuesday night.  “Now I’m here sitting at the top of the top. I’m extremely blessed. I’m extremely blessed. If I never have a chance to sit on this table ever again, I’m fine with it. I’m fine with it. I hope this can give everybody around the world hope. I want them to believe in their dreams.”

Giannis didn’t stop believing in his, even when his family was penniless and he himself was nationless. Since Greek citizenship is determined by the principle of jus sanguinis and Giannis’ mother and father were Nigerian, neither he nor his brothers were Greek citizens.  Since they weren’t born in Nigeria, they weren’t Nigerian citizens, either.

He had no citizenship and no money, but young Giannis had hope.  He and his brothers discovered basketball as preteens and Giannis played constantly, putting in hours of practice day after day in the hope that it might provide a way out of poverty for his family.  Even at a young age, his athleticism was undeniable, but what set him apart from other top young Greek players was his unparalleled work ethic.

Giannis Antetokounmpo is the living embodiment of the American dream and living proof that it isn’t dead.  Success like his is rare, but it can happen with an audacious dream and the talent and work ethic to make it come true.

Giannis would practice every chance he could, shooting jump shots into the early morning hours and developing his game to the point that he began to finally attract the interest of NBA scouts.  His dream of playing basketball in America and lifting his family out of poverty was tantalizingly close to coming true.

This was a dream so audacious, so impossible, that it could only come true in America.  And it did.

In 2013, the Bucks took Giannis with the 15th overall pick, but he was widely considered a potential bust.

Neither Ford nor anyone else, it seemed, fully grasped just how hard Giannis was willing to work.  He made the NBA’s All-Rookie Second Team as a skinny teenager, then put hours in the weight room to add 40 pounds of muscle to his frame.  He won the 2017 Most Improved Player Award and then back-to-back MVPs in 2019 and 2020—that year becoming just the third player in NBA history to win MVP and Defensive Player of the Year in the same season.  Shortly before this season started, he signed the richest contract in NBA history.

It wasn’t until Tuesday night, however, that Giannis truly believed that he had arrived, and all of the emotion came pouring out of him as he sat crying in the stands.  His adopted city, state, and nation cried with him.  They were tears of joy over the end of a championship drought, but they were also tears of pride in a man who so perfectly represents his adopted city, state, and nation.

Giannis Antetokounmpo is the living embodiment of the American dream and living proof that it isn’t dead.  Success like his is rare, but it can happen with an audacious dream and the talent and work ethic to make it come true.  America is and has always been a place where anyone—from anywhere—who dreams and believes and then works tirelessly can achieve anything.

“This should make every person, every kid, anybody around the world believe in their dreams,” Giannis said Tuesday night.  “No matter whatever you feel when you’re down, when you don’t think it’s going to happen for you or you might not make it in your career — might be basketball, might be anything — just believe on what you’re doing and keep working. Don’t let nobody tell you what you can be and what you cannot do.

“Just believe, man. I hope I give people around the world, from Africa, from Europe, hope that it can be done. It can be done.”

At a time when this idea is dismissed by demagogues as the fantasy of privilege, Giannis’ triumph can be seen as the ultimate refutation of the notion that America’s innate racism and xenophobia are perpetual barriers to success.

A fundamentally racist nation doesn’t hold him—a racial minority and a foreigner—up as a paradigm of its national virtue, yet that is precisely how America views Giannis Antetokounmpo.  He may be the Greek Freak, but his is an American success story.