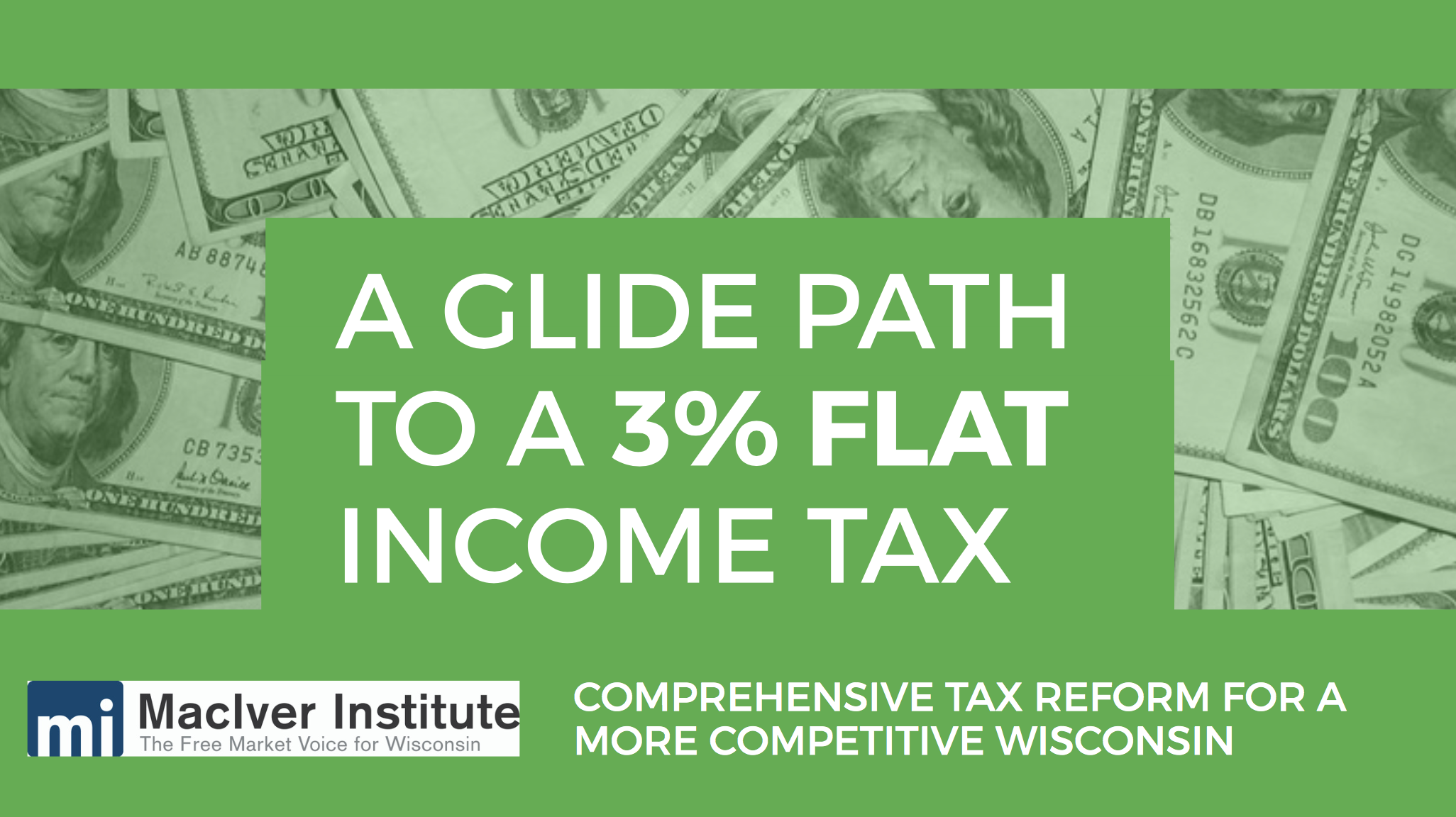 With “unprecedented” tax collections $4.4 billion higher than predicted and an anticipated $5.87 billion surplus by 2023, implement a glide path to a 3% flat tax now that will lower taxes for all Wisconsin taxpayers

[Madison, Wisc…] With the recent news from the Legislative Fiscal Bureau that Wisconsin’s economy is rebounding better than expected from the government-forced shutdown, there is a “once-in-a-generation opportunity to fundamentally reform our tax code” by adopting a single, low and broad 3% flat income tax in the state of Wisconsin.

An updated revenue estimate released earlier this month shows that the State of Wisconsin is now expected to finish the current fiscal year (FY) with a $2.6 billion surplus and an even bigger $5.87 billion surplus by the end of the 2021-2023 budget. This is thanks in part to an “unprecedented” $4.4 billion more in tax collections, which is an 8.1% increase over a previous estimate. This incredible fiscal news is “based upon the strength of collections and the vastly improved economic forecasts for the remainder of this year and the next two years,” according to the nonpartisan Legislative Fiscal Bureau (LFB).

With this unprecedented $4.4 billion in “surplus” tax collections, we have an unique opportunity to dramatically reform our tax code and substantially lower the tax burden on all working Wisconsinites. We can use the unanticipated tax collections and revenue as a down payment to move Wisconsin to a single income tax rate of just 3%. A single, low and broad 3% income tax rate would benefit all Wisconsinites and leap us ahead of the midwestern states that we are competing against. A 3% flat tax would make Wisconsin a better place to raise a family, help us keep and recruit businesses with family-supporting jobs, make it easier to attract talent and workers to fuel the future, and keep our loved ones from leaving their families behind when they retire. I said it before – Adopting a bold 3% flat tax will make Wisconsin an economic powerhouse in the Midwest and across the country for generations to come.

If Wisconsin adopted a 3% flat income tax rate, Wisconsin would have the lowest tax rate in the Midwest and one of lowest flat tax rates in the entire country.

“We can use the temporary revenue surplus to create a simpler, more equitable tax code that will lower the tax burden for everyone,” Healy said. “A low 3% flat tax will help Wisconsin attract new families, recruit new businesses, keep our retirees from leaving and entice college graduates to work in the state.”

For the full report on A Glide Path to a 3% Income Tax, click here.