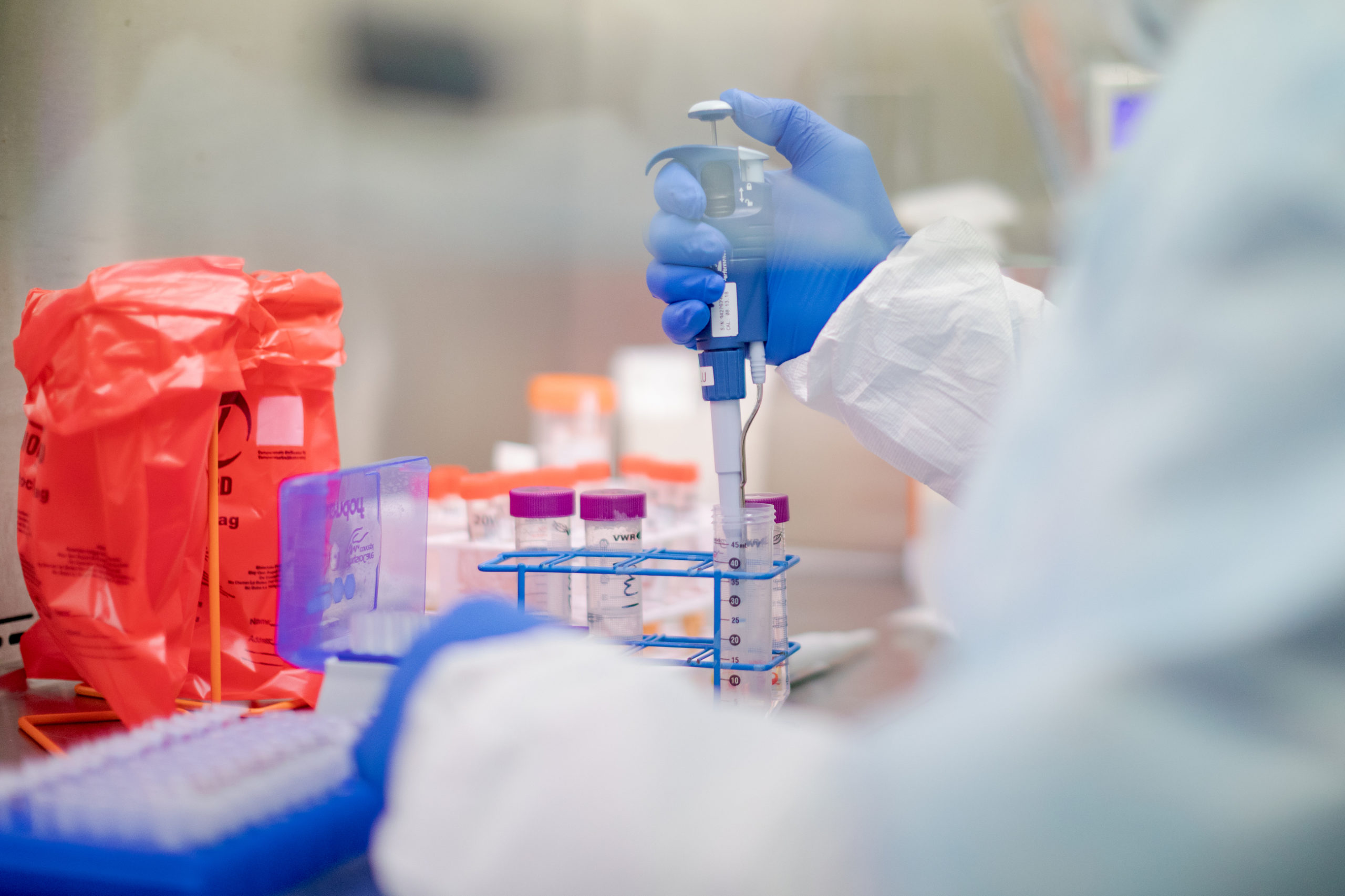 Dan O’Donnell tests Congressman Mike Gallagher’s theory that COVID-19 was born in a lab and finds some surprising evidence.

Wisconsin Congressman Mike Gallagher isn’t one for conspiracy theories.  As a U.S. Marine Corps intelligence officer, he was trained to deal only in facts.  And now the facts are leading him unmistakably to a conclusion that for more than a year has been dismissed as crackpottery.

COVID-19, he is convinced, escaped from a lab.

“Don’t mind me as I put on my tin foil hat,” he joked Tuesday before a radio interview in which he outlined the convincing evidence that the SARS-Cov-2 virus originated in the Wuhan Institute of Virology.

“Flash back about a year ago and change, when there were a few of us who were suggesting that it was a remarkable coincidence that there was the [biosafety] level-4 biosafety lab located where this whole outbreak started,” he said.

This lab also just happened to be the epicenter of the entire nation’s study of bat viruses.  It is the home of Dr. Shi Zhengli, known as China’s “Bat Lady” because of her research into bat-borne illnesses such as the SARS-CoV-1 virus that caused Asia’s deadly SARS outbreak in 2002.

Although the Chinese government has sealed her files, it was known that she had collected bats from the Yunnan province that carry the closest known relative of SARS-CoV-2.  This is significant, because Yunnan is 1,000 miles away from Wuhan, making it all but impossible for a bat in the wild in Yunnan to infect a human in Wuhan and start a pandemic there.

Early theories about the virus jumping to humans after an unlucky person ate a bowl of bat soup in the Huanan Seafood Wholesale Market in Wuhan were dismissed last May, effectively ruling out the market as the source of the outbreak.  Moreover, bats hibernate in the winter months when the virus was supposedly first detected, so a human encounter with a wild bat was always a rather unlikely cause.

“In order to prove the wet market theory, you have to prove that the host species somehow traveled 1,000 miles but didn’t start an outbreak along the way,” Gallagher explained, adding that a far more probable origin was a virus that had escaped during “gain-of-function” research at the Wuhan Institute of Virology.

Gain-of-function is a type of medical experimentation in which viruses are induced to mutate into more transmissible and more dangerous versions.  The goal is to study these mutations in order to better prepare humanity for the next deadly pandemic.  Dr. Zhengling’s work, for instance, was focused on mutating the SARS-CoV-1 virus so as to prevent another deadly SARS outbreak.

Gallagher does not suggest that Dr. Fauci and the Chinese government were conspiring to unleash a weaponized virus on the world, but rather that American researchers—who were prevented from doing gain-of-function research under a 2014 Obama Administration dictate—outsourced the work to the Chinese.

In 2011, Dr. Fauci co-wrote a Washington Post op-ed entitled “A Flu Virus Risk Worth Taking,” in which he argued that “important information and insights can come from generating a potentially dangerous virus in the laboratory.”

In other words, a decade ago he strongly supported gain-of-function research.

“The ability to identify such viruses even a few months faster than by conventional surveillance provides critical time to slow or stop an outbreak.”

In 2014, however, President Obama’s White House put a three-year moratorium on gain-of-function research into SARS, MERS, and influenza viruses.  That same year, Dr. Fauci’s NIAID awarded a $3.4 million grant to EcoHealth Alliance, a group that seeks to protect humanity from viruses that might jump from other species.

EcoHealth Alliance, under the direction of Dr. Peter Daszak, used part of its NIAID grant on a project entitled “Understanding the Risk of Bat Coronavirus Emergence.”

“Most emerging human viruses come from wildlife, and these represent a significant threat to public health and biosecurity in the US and globally, as was demonstrated by the SARS coronavirus pandemic of 2002-03,” he wrote in the project’s Public Health Relevance Statement.  “This project seeks to understand what factors allow coronaviruses, including close relatives to SARS, to evolve and jump into the human population by studying viral diversity in their animal reservoirs (bats), surveying people that live in high-risk communities in China for evidence of bat-coronavirus infection, and conducting laboratory experiments to analyze and predict which newly-discovered viruses pose the greatest threat to human health.”

Since gain-of-function research was effectively banned in the United States, EcoHealth Alliance contracted with the Wuhan Institute of Virology in Wuhan to study coronaviruses found in bats in the Yunnan province…the very same bats that have the strain of coronavirus that is closest to SARS-CoV-2.

The Wuhan Institute of Virology vehemently denies performing any gain-of-function experiments, but since Dr. Zhengli’s files are sealed, it is impossible to know exactly how she was spending EcoHealth Alliance’s grant money.

Dr. Zhengli herself has come under fire for “unsafe laboratory practices” that may have allowed SARS-CoV-2 to escape.  As far back as 2018, a cable from the U.S. Embassy in Beijing warned that “during interactions with scientists at the Wuhan Institute of Virology laboratory, they noted the new lab has a serious shortage of appropriately trained technicians and investigators needed to safely operate this high-containment laboratory.”

On balance, which seems more likely: That a virus escaped from a lab that was performing experiments in known unsafe conditions or that a bat somehow traveled 1,000 miles from the caves of Yunnan to the Wuhan wet market and bit someone?

This isn’t so much a conspiracy theory as it is a rational look at the available evidence; and when the evidence is all pointing in one direction, it’s time for investigators to head there.