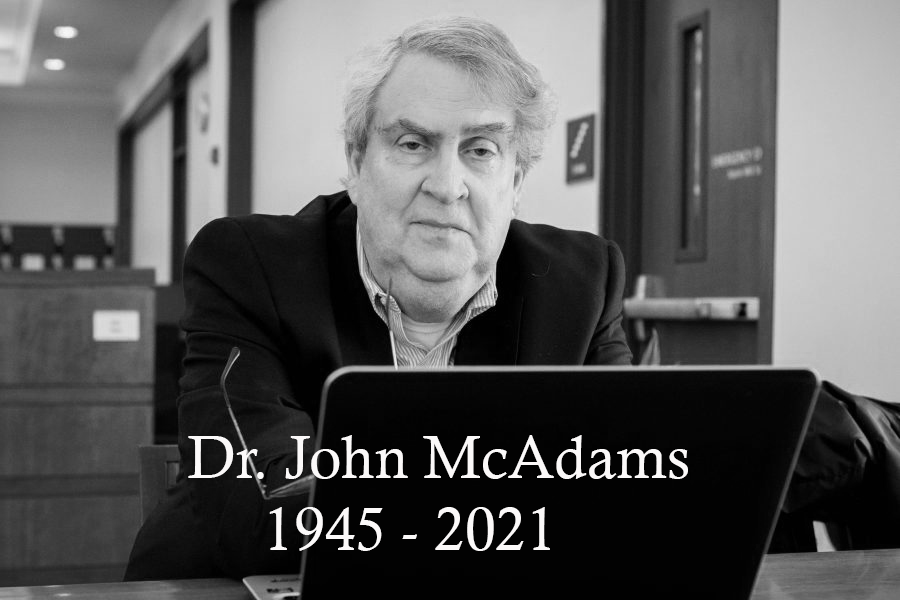 Just seven years on, 2014 seems like a lifetime ago.  Donald Trump was best known as the host of “Celebrity Apprentice,” CNN dedicated itself almost entirely to a missing Malaysia Airlines flight, and the world was not yet held hostage by a paralyzing fear of “cancel culture.”

That December, though, Marquette University political science professor John McAdams became one of its very first victims.  Just a few weeks after Dr. McAdams exposed on his private blog that a Marquette instructor had refused to allow debate over the then-controversial issue of gay marriage, the school took the unprecedented step of suspending him and banning him from campus.

Yet McAdams refused to back down and would not be coerced into an apology; he instead took Marquette all the way to the Wisconsin Supreme Court and won, getting his tenured job back and showing the world how to fight back against “cancel culture” before it even knew what the phrase meant.

Dr. McAdams passed away Thursday at the age of 75, and while his was a life of many triumphs, his victory over autocratic campus liberalism was in many respects the opening salvo in a war for the very soul of America.  Is it still a nation that values the freedom of speech and academic inquiry?  Are its people still tolerant of diverse perspectives and willing to hear opinions that challenge their own?

John McAdams was one of the first men to force such a cultural reckoning.

It started inauspiciously enough: On November 9, 2014, McAdams blogged about an incident in a Theory of Ethics course in which the instructor, a graduate student named Cheryl Abbate, opened a classroom discussion to modern political controversies.

When a student suggested that gay marriage was a controversial issue worth discussing, Abbate refused, telling him that “everybody agrees on this, and there is no need to discuss it.”

After class, the student—a conservative—asked Abbate why she wouldn’t allow debate over gay marriage.

“Some opinions are not appropriate, such as racist opinions, sexist opinions,” Abbate responded.  “Do you know if anyone in your class is homosexual?  Don’t you think it would be offensive to them if a classmate challenged gay marriage?”

“You don’t have a right in this class to make homophobic comments,” Abbate answered.

“Abbate, of course, was just using a tactic typical among liberals now,” McAdams wrote of the incident. “Opinions with which they disagree are not merely wrong, and are not to be argued against on their merits, but are deemed ‘offensive’ and need to be shut up.”

McAdams argued that the entire purpose of university classroom discussions is to foster debate and, in so doing, acquire knowledge.  The silencing of debate on the grounds that someone’s feelings might get hurt is therefore antithetical to the stated mission of academia itself.

“How many students, especially in politically correct departments like Philosophy, simply stifle their disagreement, or worse yet get indoctrinated into the views of the instructor, since those are the only ideas allowed, and no alternative views are aired?” McAdams wondered.  “Like the rest of academia, Marquette is less and less a real university. And when gay marriage cannot be discussed, certainly not a Catholic university.”

Marquette was, of course, furious.  McAdams had recounted the incident perfectly accurately (since the student secretly recorded it), but because he used the name of the instructor on his blog and media outlets picked up on the story, the instructor started getting nasty messages.  The school suspended McAdams indefinitely and barred him from campus in an unprecedented punishment for a tenured professor.

McAdams was both highly respected in his field and beloved by generations of students.  A native of Alabama, an 18-year-old McAdams became fascinated by the assassination of President John F. Kennedy and especially the conspiracy theories about it that arose shortly afterwards.

He became a student of history and political science and received his undergraduate degree from the University of Alabama, then got a master’s degree at Columbia University, and his PhD at Harvard.  He taught at both Harvard and Boston University and worked as a National Fellow at the Hoover Institution before moving to Milwaukee to teach at Marquette.

McAdams will be forever remembered as the professor who stood up to a woke campus years before anyone knew what the word “woke” meant.  He fought back and won against tyrannical liberalism years before conservatives knew just how draconian the left’s crackdown on speech could be.

Yet in late 2014, he was faced with a choice.  He knew that Marquette’s stated reason for suspending him—that he had named a graduate student who was now getting online abuse—was merely pretextual.  The real reason was Marquette’s embarrassment that he had outed the decidedly anti-Catholic direction the school was heading under new President Michael Lovell, the first non-Jesuit president in Marquette’s history.

Lovell, a highly partisan liberal, despised McAdams—especially after the professor went on every talk radio show and gave interviews to every conservative news outlet he could find.  Lovell responded by moving to revoke McAdams’ tenure and fire him.

Eventually, a faculty panel the school convened to review the incident decided on a suspension through the Fall 2016 semester, but Lovell added his own wrinkle: McAdams would only be allowed back on campus if he issued a full apology within two weeks. All McAdams had to do to get his job back—to be “uncancelled,” as it were—is to admit his sins against political correctness and atone for them.

Most professors would have done this almost instantly, but John McAdams was not most professors.  He fought back.

Calling Lovell’s ridiculous demand “self-abasement and compelled speech,” McAdams filed a lawsuit against the school, alleging breach of contract and a violation of academic freedom.  A Milwaukee County Circuit Court judge ruled against him, but McAdams took his fight all the way to the Wisconsin Supreme Court and won.

“The undisputed facts show that the University breached its contract with Dr. McAdams when it suspended him for engaging in activity protected by the contract’s guarantee of academic freedom,” the Court wrote in its 2018 opinion.

After more than three long years, McAdams had won back his job “with unimpaired rank, tenure, compensation, and benefits.”  Still, most professors wouldn’t have gone back to a school that clearly hated him.  Again, John McAdams was not most professors.  He went back.

“A lot of people say, ‘Well if the institution is so terrible, then why are you going back?’” he said in a talk radio interview immediately after the Supreme Court decision.  “The administration is terrible—just to be frank about it—but the students aren’t terrible. The students are pretty good.”

His dedication to his students was legendary, but it was not what made John McAdams a legend.  He will be forever remembered as the professor who stood up to a woke campus years before anyone knew what the word “woke” meant.  He fought back and won against tyrannical liberalism years before conservatives knew just how draconian the left’s crackdown on speech could be.

That fight, and the way in which conservatives were drawn to it, presaged the rise of that “Celebrity Apprentice” host, who showed the country how to expose and beat back autocratic liberalism.  Today, we call that sort of fight “Trumpian,” but before Trump, there was McAdams.

He saw it coming.  He battled against it.  Heck, he was so ready for it he even called his blog “The Marquette Warrior.”

He showed conservatives how to fight for the soul of America before most realized that they were in a fight for the soul of America.  In 2021, it may seem like that fight is lost, but hope remains so long as there are brave men and women tough enough to expose the excesses of woke liberalism and do everything in their power to refuse to be cancelled.