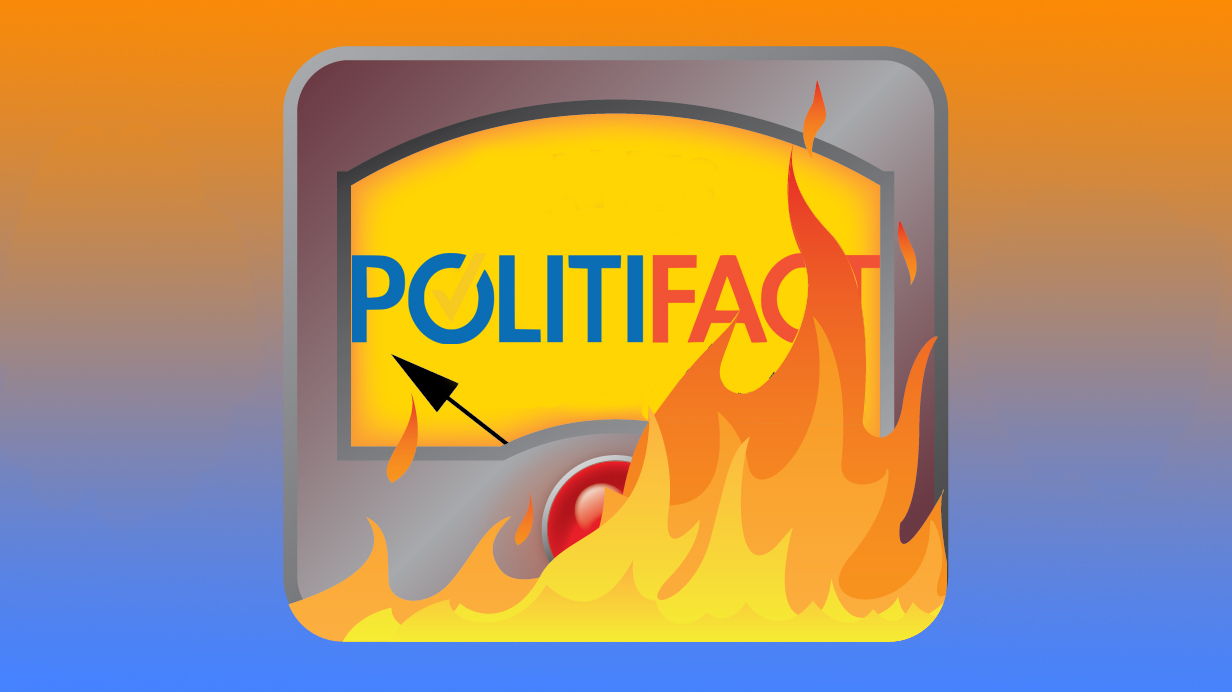 Dan O’Donnell does a deep dive into the data to prove that PolitiFact Wisconsin has become little more than a left-wing attack dog.

When the poet John Keats famously observed that “beauty is truth, truth beauty,” he could not possibly have foreseen the ugly fights over truth a little more than 200 years later.  Left-wing pundits posit that the presidency of Donald Trump proves that we live in a post-truth world, while conservatives posit that truth is merely a function of which narrative Democrats happen to be pushing in the media that day.

There is, then, a certain bit of poetic justice in revealing that this is in many ways true; that truth as it is understood in American politics has been manipulated by increasingly partisan fact-checkers who now exist primarily to validate liberal talking points.

Following a thorough review of all 1,686 fact checks that PolitiFact Wisconsin has ever done, it can now be revealed that the ascertainment of truth has become a tremendously biased proposition.  In PolitiFact Wisconsin’s first five years—from its founding in 2010 until the end of 2015—it was in fact a reasonably fair operation that fact-checked a similar number of Republican and Democrat claims and gave them “True,” “Mostly True,” “Mostly False,” “False,” and “Pants on Fire” ratings at approximately the same rate. 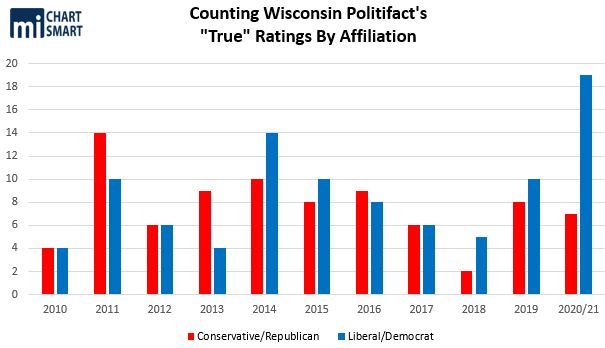 The delineation between honest fact-checking operation and obviously slanted partisan outfit is clear, and in 2016 it can be explained in two words: Donald Trump.  While the former President admittedly has a casual relationship with honesty, the media reaction to his untruths was far more hysterical than any politician who came before him.

Almost overnight, fact-checkers from Snopes to FactCheck.org to The New York Times saw it as their mission to prove that Trump and the Republicans who supported him were uniquely, dangerously dishonest.  The Washington Post kept a running list of hundreds of thousands of Trump’s supposed lies (a practice it has naturally abandoned for Trump’s Democratic successor, Joe Biden).  CNN devoted an entire weekly show—the ironically titled “Reliable Sources”—to almost nothing more than pointing out Trump’s lies.

“We have a president who is a liar and is willing to kill Americans,” said former Democratic Senator Claire McCaskill, now an MSNBC pundit.  “And you can’t say it more plainly than that.  He’s killing Americans with his lies.”

With a media so radicalized by its hatred and galvanized in its mission to stop Trump at any cost, it is little surprise that it would weaponize its fact-checking against Republicans.  PolitiFact Wisconsin was merely part of this trend. 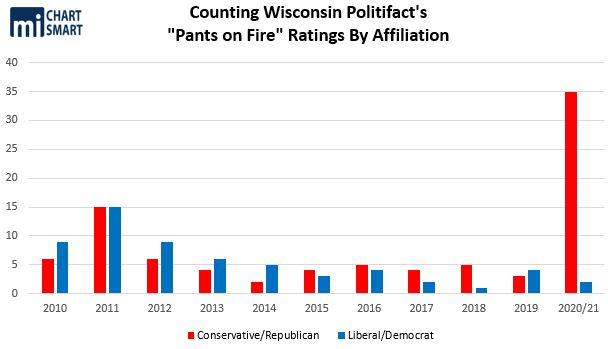 George Stanley, editor of The Milwaukee Journal Sentinel, which publishes PolitiFact Wisconsin, maintains that this discrepancy is due entirely to Trump and Republican claims about vote fraud in November’s election, but this simply isn’t true.

If it was, then why did Democrats suddenly get far more honest in the past two years?  PolitiFact Wisconsin has rated their statements as True or Mostly True 49% of the time—a whopping 23% increase over the rate at which they were rated True or Mostly True from 2010 to 2015.  Not only that, the rate at which Democrat statements were graded as Mostly False, False, or Pants on Fire dropped from 51.9% to 35.9% of the time.  Did Democrats really get 20% less dishonest over the past decade, or has PolitiFact Wisconsin been grading them less critically?

All of the available evidence—including the fact that Republicans were fact-checked a stunning 70 more times in the past two years (35 more times per year)—points to a fact-checking operation that has been weaponized in service to a political narrative and political party.

PolitiFact Wisconsin has thus become over the past several years what it always fastidiously avoided turning into in its first five years: A partisan attack dog against Republicans but a groveling puppy in its coverage of Democrats.

And that’s the ugly truth.