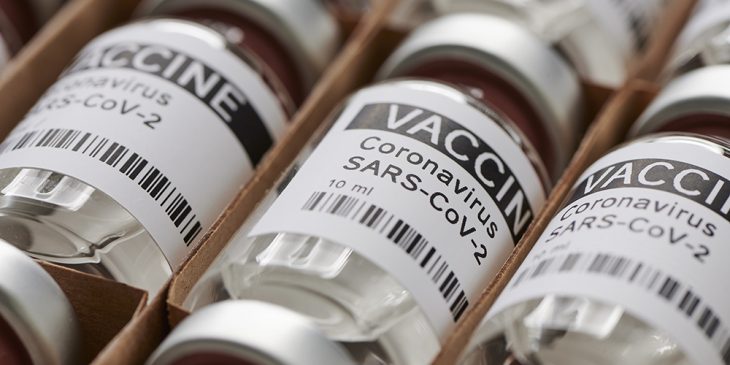 That was one of many questions the Assembly Committee on Health hoped to answer during an all-day public hearing on Thursday.

Lisa Olson, Assistant Deputy Security for the Wisconsin Department of Health Service (DHS), told committee members that the federal government is at fault. There are 1,200 vaccine providers in Wisconsin, and every week they ask DHS to send more doses than the state has on hand.

“We are not receiving enough [doses] to keep up with demand,” she said.

However, that did not explain why there are almost 180,000 doses currently in Wisconsin that have not been administered.

Olson said the state participates in the Pharmacy Partnership Program to help get the vaccine to nursing home staff and residents. That requires DHS to set aside 50% of its vaccine doses for CVS, Walgreens, and Managed Health Care Associates.

When the pharmacies got their opportunity to address the problem, they said DHS has not yet sent them those doses.

“Some of it was being held back for second doses,” said Dannielle Womack, Vice President of Public Affairs at Pharmacy Society of Wisconsin.

The COVID-19 vaccine requires two doses taken weeks apart to vaccinate each individual. Womack said it has not yet been sent to the pharmacies. She did not provide specific numbers.

However, two days before, on Tuesday, Jan. 12th, the federal government told states to stop withholding vaccines as second doses. It said those should be administered right away as first doses.

Darren Rausch, City of Greenfield Health Department, told the committee that local clinics were having problems with DHS’ distribution.

Every week, DHS asks vaccine providers how many doses they need for the next week. Those requests are due by Tuesday night. DHS makes allotment decisions by Saturday. Olson said they never have enough doses to meet the requests.

What DHS is able to provide doesn’t get to the vaccine providers sometimes until the following Wednesday, according to Rausch. He said that makes scheduling appointments very difficult.

The possibility of vaccine doses spoiling due to this poor timing was not addressed.

Another problem facing providers is they can’t give the vaccine to anyone. Only first responders and nursing home residents and staff are currently eligible.

Some providers say they have more doses than people who are on the eligibility list and want the vaccine, according to Rep. Joe Sanfelippo, Assembly Health Committee Chairman. Those providers cannot simply start giving the extra vaccine doses to people lower on the priority list, because DHS is still trying to figure out who should be on that list.

Providers cannot give extra vaccine doses to people lower on the priority list, because DHS has not yet completed that list.

DHS gave the job of creating an eligibility list to its 12-member State Disaster Medical Advisory Committee (SDMAC), which in turn handed it over to its 17-member vaccine subcommittee.

DHS started talking about creating the subcommittee in early October when it first faced up to the possibility that “DHS will have responsibility for developing an effective and equitable strategy for distributing vaccine to Wisconsin residents.”

The first several weeks were spent selecting members, developing a framework for equitable distribution, and taking public comment. On December 10th, it settled on what groups of people should get the vaccine first, during “Phase 1A.” That list includes first responders and nursing home staff and residents. That was just in the nick of time. The FDA approved emergency use of the Pfizer vaccine on Dec. 11th. The first vaccines were administered in Wisconsin on Dec. 14th. Moderna’s vaccine was approved on Dec. 18th.

The vaccine subcommittee then got to work on the eligibility list for “Phase 1B.” It completed a preliminary list ready for public comment on Jan. 12th. It includes everyone over the age of 70, state prison inmates, and workers in the mink fur industry. That same day, the federal government told states to open up vaccinations to everyone over the age of 65.

“New York Gov. Cuomo accepted that guidance a few hours later, and those residents were able to schedule their vaccinations for as soon as this week. That same day in Wisconsin, by contrast, the state committee tasked with making priority recommendations was discussing a draft proposal for future priority guidance based on national recommendations that were already outdated,” Sanfelippo wrote in a press release.

“What do we do to speed up the decision-making process?” Sanfelippo asked.

“We definitely want to be moving faster,” Olson said, but she was unable to explain the hold up.

The vaccine subcommittee will next have to develop an eligibility list for “Phase 1C.” After “Phase 1C” comes “Phase 2,” when everyone will be able to get the vaccine. That isn’t expected to happen until July.

“There will be mass vaccination clinics. Our question is when,” Olson said. “We have the facilities. We have the infrastructure in place. We’re ready to go.”

DHS already has a contract in place with a provider who will be able to administer mass vaccinations. However, it will not be able to operate at full capacity if DHS hasn’t completed its eligibility list.