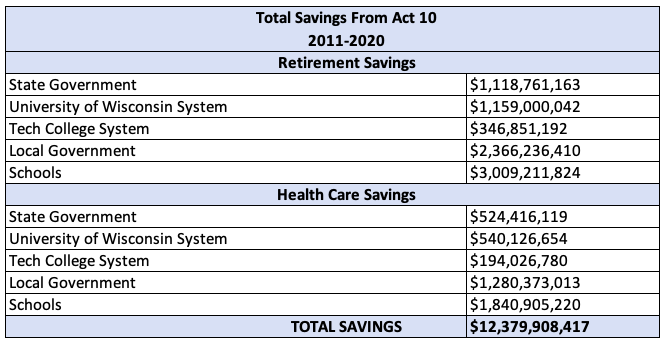 As far as the government unions were concerned, the budget repair bill was the end of the world – and they acted like it. For a month, they coordinated the occupation of the hallowed halls of the Wisconsin State Capitol by juggling clowns, college potheads, exploited children, out-of-state communists, card-carrying socialist state employees, malingering public school teachers, derelict doctors, and thousands of other protesters. (Don’t believe us? Click through the links and see for yourself). Anyway, they lost. Gov. Scott Walker signed Act 10 into law on March 11, 2011.

The fight was so epic and the consequences so far reaching, we’re still celebrating this achievement nine years later. Given the truly astonishing level of taxpayer savings – $12 billion dollars – Wisconsinites are certain to celebrate former Gov. Scott Walker, Act 10 and Wisconsin Taxpayer Appreciation Day for years, maybe decades to come.

At the time of Act 10, Wisconsin was at a crossroads. The state was facing an immediate $145 million budget deficit when Gov. Walker took office in 2011. It was about to get much worse. Within six months, the new fiscal year would begin with a $3.6 billion deficit – unless radical changes could be made.

Walker warned that up to 6,000 state employees plus another 6,000 local government workers could lose their jobs that summer.

“Good faith negotiations require give and take. We are broke in this state. We’ve been broke for years. People have ignored that for years, and it’s about time somebody stood up and told the truth. The truth is we don’t have money to offer, we don’t have finances to offer, and if you’re going to negotiate you have to have something to offer. We don’t have something,” Walker matter-of-factly stated. 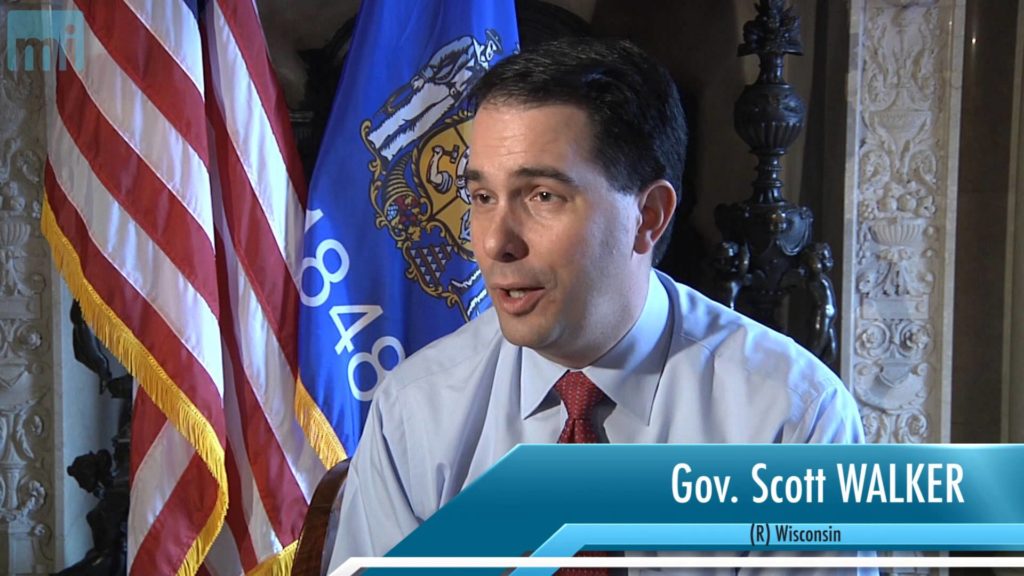 Scott Walker’s solution required public employees to pay 12.6 percent of their health insurance premiums and half of the annual contribution to their pension. Scott Walker’s solution gave local units of government the ability to realize substantial savings and balance their budgets in a tough financial environment without raising taxes.

Tracking health insurance savings throughout the state is more complicated. There are thousands of local units of government and some Act 10 savings at the local level go unnoticed and unpublicized.  Using the same methodology that has always been used and the same public data sources, our new analysis shows that local governments have saved $2 billion, the state and university system have saved $1 billion, and school districts have saved $1.2 billion over the past nine years on health insurance.

The law also gave public employees the freedom to leave their unions if they wanted to. Before Act 10, it was a requirement for employment. Most workers embraced this opportunity, and the state teachers union has lost 67 percent of its members since Act 10 became law.

Ultimately, Act 10 finally put the State of Wisconsin,  local governments and school districts back on a solid financial footing.  More importantly, Act 10 ultimately put Wisconsin taxpayers back in charge of our government and back in control of our future.

Thank you to the Republican Legislators who voted for Act 10, especially those who lost their job over the vote. Thank you Speaker Jeff Fitzgerald and Senate Majority Leader Scott Fitzgerald for your leadership.