**Three of the five now law

How it could raise your taxes: Over the past ten years, Wisconsin School Districts have asked for a total of $11.6 billion through referendums and voters approved $8 billion of them. Local governments want to have that same ability to raise revenue.

This will make it just as easy for local governments to hold referendums as it currently is for school districts.

Local governments currently can hold referendums to increase property taxes, but few ever do. They say the reason is timing.

The League of Wisconsin Municipalities confirmed local governments will be able to hold local referendums in the spring and summer in its testimony. During odd numbered years, the referendums could even be held during special elections at any time.

2.  Bringing Back the Energy Efficiency Exemption for Schools

How it could raise your taxes: This bill would allow school districts to borrow as much money as they want without going to referendum for projects that will save energy. In 2017, the last time schools could do this, they put local taxpayers on the hook for $603.7 million. This time around the program would be less open ended, but the concept would be the same. Schools could borrow money, raising local property taxes, without going to referendum.

Supporters of this bill argue that it requires vendors to provide a money back guarantee on the energy savings. Also, those energy savings must equal 80 percent of the initial investment within 20 years. The problem is that the district might enjoy those savings, but the taxpayers will still be the ones paying off the bonds. No one is talking about paying back property taxpayers for their investment.

School administrators said they are excited about the possibility of borrowing large sums of money for deferred maintenance without having to bother with referendums. According to the School Administrators Alliance’s testimony, the Janesville School District hopes to use this borrowing authority to raise $120 million without voter approval. Clinton Community hopes to use it to fund $42 million projects that its voters rejected.

Next action: The Senate can take up this bill at any time for a floor vote. The Assembly Committee on Education will hold an executive hearing on it on Tuesday, Jan. 21.

Chance of approval: Low. The Assembly did not pass it and is not expected to. The Senate has not yet passed it as of Mar. 6.

How it could raise your taxes: Every local government has a limit on how much revenue it can collect. That includes property taxes and fees for services. When a local government collects fees from neighboring communities to provide ambulance services, that lowers property taxes for its own residents. This bill would say those fees would no longer count towards the levy limit, which means residents will have to pay higher property taxes to make up the difference.

“The bill would allow local governments who belong to a joint emergency services district to increase revenue through local property tax levies,” according to the Department of Revenue.

Signed into law: The Assembly passed AB 472 in October and the Senate passed it on Feb 19th. Gov. Evers signed it on Mar. 3rd.

SB 441/ AB490 – Relating to: changes to the local levy limit calculation for a political subdivision that transfers responsibility to provide a governmental service to another governmental unit.

How it could raise your taxes: This bill is designed to encourage local governments to use shared services to increase efficiency, but unfortunately it comes at a cost to taxpayers.

When one community eliminates services, the state doesn’t allow it to increase its tax levy as much for the next year as it would otherwise. That’s designed to give local taxpayers a break, so they don’t have to pay their local government for services it’s no longer providing. It might only be a one-year break, but this bill gets rid of it all together.

On top of that, the bill also allows the community that picks up the new service to increase its tax levy higher than before to support that new cost. It’s already state law that fees collected for shared fire departments don’t count towards the tax levy, meaning property tax payers could get higher bills to make up the difference. This bill could hit those local taxpayers again.

“Since 2011, the service transfer reduction has reduced property tax levies by $3,427,700,” according to the Department of Revenue. That ends under this bill.

Next action: Senate floor vote. The Assembly passed this bill on Jan. 15th.

Chance of Approval: Low. The Assembly passed this bill along party lines. That increases the odds that Evers’ would veto it, even with Sen. Mark Miller (D-Monona) as a sponsor in the Senate. It’s currently sitting in committee in the Senate.

This adjustment was designed to help districts that would have collected less than that due to the state’s school funding formula. Unfortunately it often means a significant tax hike on local property owners to make up the difference. A special provision in the law prevents districts from making this adjustment if voters have rejected an operating referendum in the past three years. The reasoning is that voters explicitly said no to higher taxes, and so the low spending adjustment shouldn’t serve as a loophole around that.

Freedom’s taxpayers will be saddled with an additional $203,625 in property taxes right after they voted no new taxes in their referendum.

This bill is a special carve out for the Freedom Area School District, which tried and failed to pass an operating referendum in 2019. The district’s ceiling was $9,400, but the state already ignored the referendum penalty once this session, by increasing that to $9,575 due to declining enrollment. If this new bill is passed, Freedom will be allowed to increase its revenue another $125 per student, for the full $9,700 per student. This means local taxpayers could be responsible for paying an additional $203,625 in property taxes right after they voted no new taxes in a referendum.

Lawmakers defended the bill, explaining voters didn’t know what they were doing when they voted no.

“When voters in Freedom turned down a referendum for a new building, they never knew that ripple effects would cause the school district to lose part of their state aid. For this low-spending district, the statutory hiccup had adverse impacts in classrooms from kindergarten to 12th grade. I’m happy to see yet another example of a district-driven effort signed into law, and it pleases me to know that Freedom schools will soon be operating at full volume. I look forward to continuing my strong relationship with schools in the 2nd Senate District,” the bill’s author, Sen. Rob Cowles (R-Green Bay) said in a statement after the governor signed it into law. 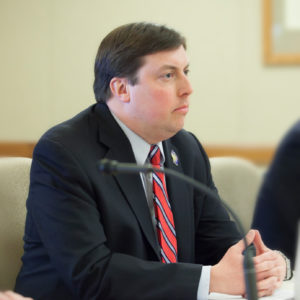