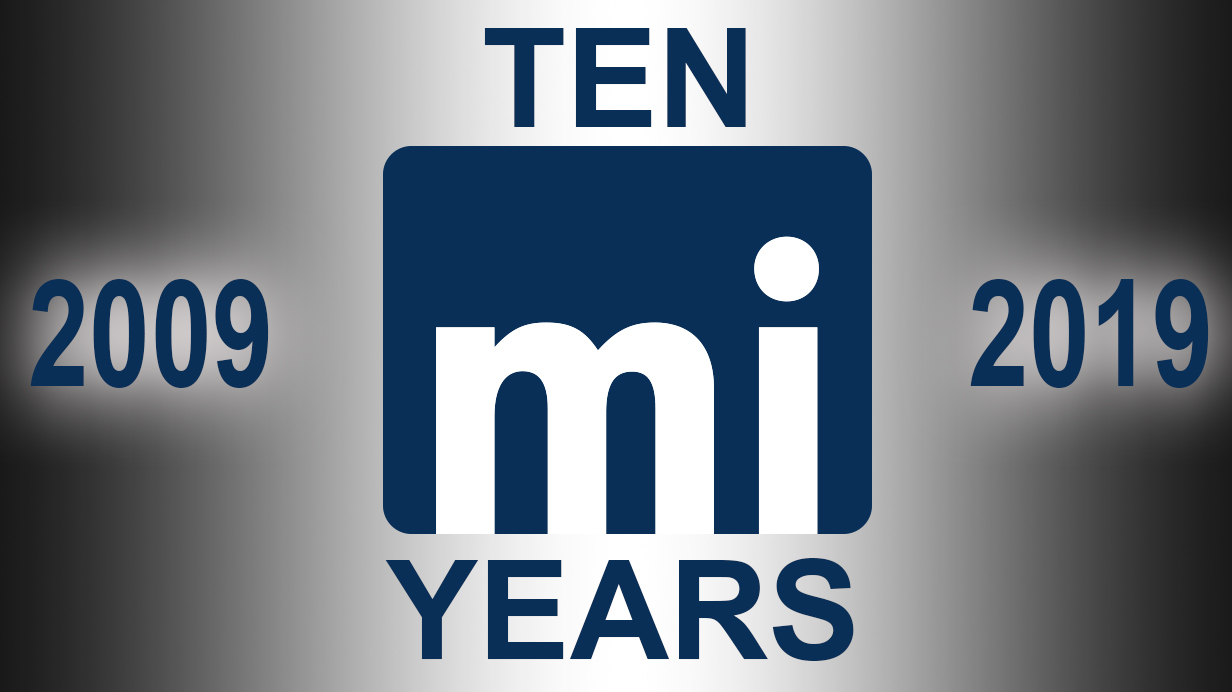 It’s hard to believe, but the MacIver Institute celebrated its ten-year anniversary in 2019. Wisconsin has come a long way in the past ten years, and we’re proud to have been there every step of the way. From Gov. Doyle’s ill-conceived green economy to Gov. Walker’s landmark collective bargaining reforms to Gov. Evers’ constant attacks on the freedom of the press, MacIver has provided original, in-depth coverage to ensure taxpayers and policymakers know the real story. One thing that’s always set MacIver apart has been its viral video reports. Here are twenty of the best from the past ten years that are still as relevant today as when we first posted them. (Watch all 20 in one playlist here.)

As Milwaukee Public Schools considers a referendum that would practically double local property taxes, it’s worth remembering how much it pays its faculty and staff. Almost ten years ago, the average teacher’s total benefits package was over $100,000 a year.

The night we captured that video, every major news outlet in the Milwaukee was present at that meeting. They were there for a different story, though, so MacIver was the only one to report it. WISN’s Mark Belling said that’s just another example of media bias. It was an early indication of how vital the MacIver Institute would be in ensuring an informed public.

Most students come out of Madison public schools unable to do math or read proficiently, but they are well-trained social justice warriors. MacIver News has reported in the past about the district exposing 8th graders to sexually explicit instruction, but this past year, we learned it’s much worse than that. The district is introducing children in elementary school to the concepts of gender identify and sexual preference as early as 4th grade. The district produced this video for coming out day featuring middle school students talking about their sexuality, with some saying they came out in 4th grade.

The push by liberal activists to raise the minimum wage and destroy entry level jobs has been going on in this country for years. The professional protestors would have you believe that no one ever rises up from a minimum wage job or receives a promotion. This is simply not true. So we decided to give some attention to people who started at the bottom, in an entry level, minimum wage job and moved up the ladder to family-supporting careers.

As tens of thousands of public employees skipped work to attend protest rallies outside the Wisconsin State Capitol during the lead up to the recall, many wondered if the public employees would face any disciplinary action for unexcused absences and walking off the job. No worries, problem solved. A group of men and women in lab coats purporting to be doctors handed out medical excuse notes, without examining the patients, so public employees could protest on taxpayer’s time without losing any pay or vacation time.

One of the key steps in a communist revolution takes place when the legitimate government is replaced by the communists’ shadow government. And so, it was particularly alarming when protesters occupying the state capitol formed their own municipal shadow government inside the Capitol. Was it just childish playacting or a foreboding rehearsal of things yet to come?

Even though Wisconsin passed a Right-to-Work law and an end to Prevailing Wage Agreements, Big Labor has figured out a way to thumb its nose at state law – Have your local Democrat buddies pass a “voluntary” labor agreement that requires all local projects use union labor. With Gov. Evers in the east wing, Big Labor believes no one will stop them or prosecute them for breaking state law. Aldermen on the Milwaukee City Council actually joke about being arrested for enacting this scheme.

13. About those Green Jobs…

The promise of a green economy creating thousands of new jobs always comes with caveats. In 2010, Gov. Doyle tried to push through the 25 by 25 plan. It would have required Wisconsin to get 25 percent of its energy from renewable sources by 2025. That was during the height of the recession, and he said it would create 15,000 jobs. What Doyle didn’t say was those jobs would not be in Wisconsin. It’s a great example of the empty promises used to sell the radical green agenda.

Pundits have asked ever since Gov. Scott Walker survived the recall and won re-election, when did public opinion turn against the protestors? This may have been the moment. Protesters picketed and disrupted the Governor’s appearance at a Special Olympics ceremony outside the State Capitol. As Gov. Walker began to address the Special Olympians, more than a dozen protesters, dressed as Zombies, because in their eyes they are “dead” to Scott Walker, walked to the front of the crowd. They blocked the athletes’ view of the Governor in an attempt to divert attention away from the Special Olympians on onto themselves.

The public is constantly bombarded with the idea that our transportation system is woefully underfunded and that we have no choice but to dramatically raise taxes to pay for more transportation spending. But before we decide to jack up the gas tax ten cents, shouldn’t we make sure the Department of Transportation is spending our tax dollars wisely and efficiently? Like spending $3.6 million dollars on a new bridge less than two minutes from an existing bridge?

There was a time when communism was understood to mean anti-American. In fact, just a few years ago, it was considered a serious insult to be called a communist. After all, brutal communist totalitarian regimes were responsible for a hundred million deaths over the past hundred years, suppressing the rights of billions. Somehow, attitudes in America about communism have changed. In 2019, we witness Democrat candidates openly advocate for communist policies in national debates, and few are shocked. However, just 8 years ago when Democrats started coming out of the closet with these positions – even the Communist Party of America was surprised.

Not long ago, it was unthinkable to disrespect the National Anthem. However pro-labor union protesters showed no hesitation in crossing that line during the recall protests. As thousands prepared to gather for the Americans for Prosperity Tax Day Rally, protesters gathered at the edges of the to crowd show their contempt for the National Anthem.

A black Trump supporter confronts “Commies” at rally protesting the President’s supposed racist behavior and white supremacy in Madison. The fact that the crowd protesting racism is almost entirely white is not lost on the Trump supporter.

6. A Thousand Miles of Crumbling Roads in Milwaukee

Every time you drive over a pothole, there’s a lobbyist telling you Wisconsin needs to raise the gas tax. It’s a simplistic view that pretends the state government is responsible for maintaining every inch of blacktop in Wisconsin. In truth, the state is only responsible for maintaining 10 percent of the roads in Wisconsin. That means local governments are responsible for everything else, and they’re forever trying to pass the buck to state taxpayers. Few communities are more irresponsible with their roads than the City of Milwaukee. This video shows it doesn’t matter how much money local government gets from the state when roads are not a priority for local politicians.

For many MacIver followers, Thistle Pettersen is the embodiment of the unhinged left. Her rant after Scott Walker won the recall election in 2012 is legendary. However, that didn’t stop MacIver from highlighting her plight when she was targeted by transgender activist for her non-conformist views on transgenderism. This is not an anomaly. Around the same time, a group of liberal, gay rights advocates accepted an invitation from the conservative Heritage Foundation to speak about their views in a forum. They explained the only place they can talk openly without fear of harassment is on the right.

The MacIver Institute recently highlighted a federal rule change from the Centers for Medicare and Medicaid Services that could mean the end of work programs for people with disabilities all across Wisconsin. Folks from more than 50 organizations in the state could be negatively impacted by the new rule, and the MacIver Institute spoke with Kelly about how it would impact her family. Her sister, Wendy, is deaf, suffers from obsessive compulsive disorder and is cognitively delayed. Wendy also works at VIP Services in Elkhorn.

When a local school district wants to pass a referendum, nothing will stand in its way – especially not the voters. If the referendum is defeated at the ballot box, the district will try again and again and again, until it does pass. This story is about Cuba City’s referendum in 2017, but the same story continues to play out every year in districts across Wisconsin. So far, Wisconsin state lawmakers have rejected even the most mild attempts to reform this system.

2. Origins and Philosophy Behind Occupy Movement

The country first took notice of “participatory democracy” during the Occupy Wall Street movement in the summer of 2011. We had already witnessed this movement in Wisconsin during the Capitol Occupation. Also called “direct democracy,” it’s a system where everyone gets to vote on every decision, but yet the individual is irrelevant. Groupthink, collectivism, and indoctrination play major roles in its execution. As you watch this video keep in mind the term “work council” means “soviet” in Russian. This movement is not going away any time soon, and the more we ignore it, the more dangerous it becomes.

During this holiday season, how about a video full of hope? Meet three young entrepreneurs on Milwaukee’s north side who want to work to earn their money. Watch this video, it will do your soul some good.