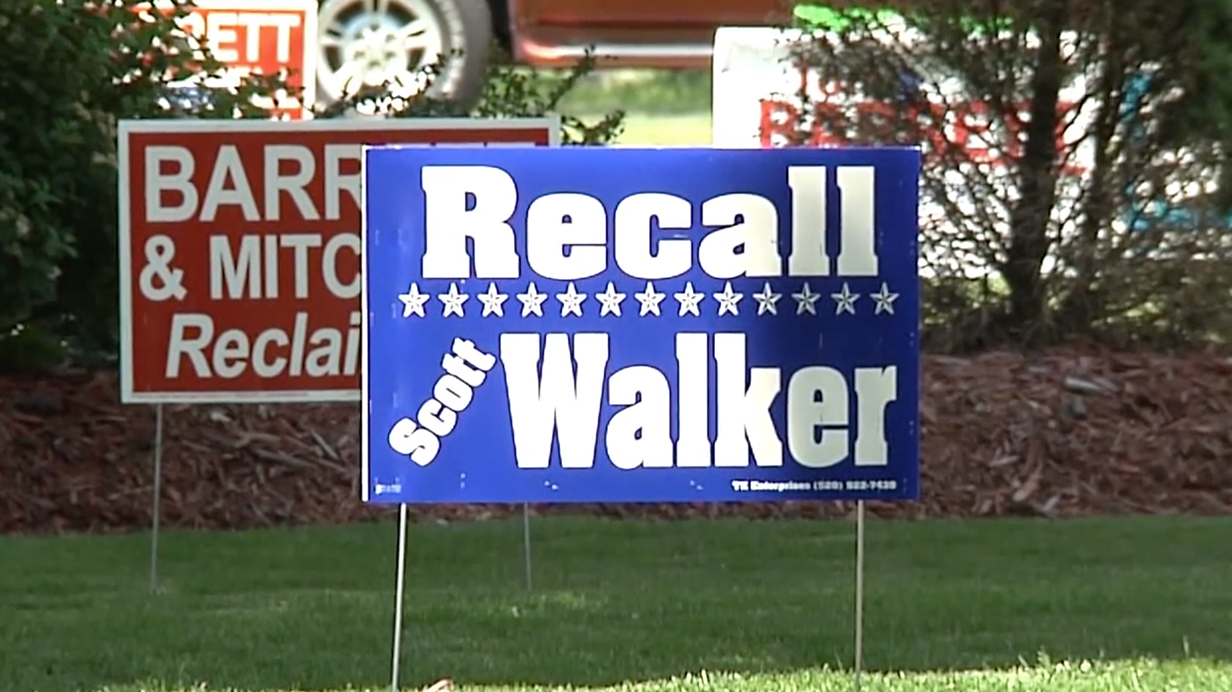 A funny thing happened on the way to President Trump’s impeachment.  Somewhere along the way, House Democrats lost the support of the American people.

When they announced Articles of Impeachment against Trump on Tuesday, they did so with the support of just 48% of the American people (a number that is dramatically skewed by the fact that a near-unanimous 87.3% of Democrats want him impeached and removed from office), while the RealClearPolitics average of polls finds that 46.2% of the country does not want the President impeached and removed.

Amazingly, support for impeachment has gone down as impeachment hearings have attempted to paint a clear picture of impeachable offenses.

Obviously, the absence of any actual firsthand evidence of wrongdoing impacted public opinion, but newly released polling from key battleground states suggests that something more might be at play.

On October 8th, after weeks of breathless media coverage of the Ukraine scandal, support for impeachment hit a high of 52.2% in the RealClearPolitics average.  On November 10th, two days before hearings began, support for it was at 51%.

After two weeks of hearings in the House Intelligence Committee, though, that average dipped to 48%-46% support for impeachment, where it remains to this day.

Obviously, the absence of any actual firsthand evidence of wrongdoing impacted public opinion, but newly released polling from key battleground states suggests that something more might be at play.

Republican polling firm Firehouse Strategies reports this week that the impeachment inquiry seems to be helping President Trump in Wisconsin, Michigan, and Pennsylvania, where he is now beating every single leading Democrat in hypothetical matchups.

Not only does a clear majority of voters in these three critical states oppose impeachment and removal from office, President Trump has reversed declining numbers as the impeachment inquiry has taken off.

Nowhere has this shift been more pronounced than in Wisconsin.  In March, former Vice President Joe Biden (who has been damaged by his association with the Ukraine scandal) led President Trump by a whopping 12 percentage points.  Now, President Trump leads him by nine.

What could have caused a 21-point swing in just 10 months?  Why did it come during a period in which logic would seem to dictate that Trump would lose support as evidence of his supposed wrongdoing is made public?  And why is this odd trend so especially pronounced in Wisconsin?

The answer is what might be dubbed “The Scott Walker Effect.”

In November of 2010, then-Milwaukee County Executive Scott Walker swept into the Governor’s Mansion with a 52.3%-46.5% victory over Milwaukee Mayor Tom Barrett.  A little over a month after his inauguration the following January, Walker introduced a comprehensive overhaul of collective bargaining for Wisconsin’s public employees known as Act 10.

Recall elections were traditionally used as a remedy for malfeasance in public office—not as revenge for an unpopular policy.

Anyone who was in Wisconsin or even had a passing familiarity with the state knows what happened next.  Public employee unions went ballistic, and more than 100,000 angry demonstrators descended on the State Capitol building for weeks on end.  Democrats in the State Senate fled to Illinois to avoid a vote on the bill.  Once it was signed, liberal activists immediately organized recall efforts against state legislators who supported the bill.

The anger didn’t subside, and more than a year later, Walker himself faced a recall election.  But a funny thing happened on the way to his ouster.  He won with an even greater percentage of the vote (53.1%-46.3%).  Even more shockingly, he gained 206,644 votes over his total from November of 2010, when he faced the same opponent.

This increase is The Scott Walker Effect: Voter backlash to a perceived unjust effort to oust a leader over political differences.  In other words, while voter turnout increased overall from November 2010 to June 2012, Walker’s dramatic rise came largely from voters expressing their dissatisfaction that Democrats vindictively abused the recall process to get rid of a Governor whom they simply didn’t like.

Recall elections were traditionally used as a remedy for malfeasance in public office—not as revenge for an unpopular policy—and the widespread belief in Wisconsin that Democrats were simply bitter about losing the battle over Act 10 (and the 2010 election) helped make Walker the first Governor to ever survive a recall election.

It seems fairly obvious that the Scott Walker Effect is now driving impeachment polling, especially here in Wisconsin.  Did 21% of Wisconsinites suddenly change their minds about President Trump since March, or do they recognize impeachment as yet another tired recall effort?

Just as troubling for Democrats, the impeachment push seems to be galvanizing Republican support for President Trump just as the recall effort did for Governor Walker.  Those who might have been on the fence about Walker and voted for him almost out of a sense of obligation to vote Republican suddenly had a reason to back him with everything they had.  They knocked on doors, they made phone calls, and they put up yard signs…even if they had never done so before.  They felt it was their duty to save Walker from a fundamentally unjust process.

Did 21% of Wisconsinites suddenly change their minds about President Trump since March, or do they recognize impeachment as yet another tired recall effort?

And now Republicans are doing the same for President Trump.  89% oppose impeachment and removal from office and 90% approve of the job he is doing.  Nearly all of them recognize impeachment for what it is—an effort to politically weaken a President (there is no chance the Senate will vote to convict and remove him from office) less than a year before he stands for re-election.  A process reserved for actual malfeasance in office is being cheapened with imagined offenses that barely mask naked political hatred.

The dramatic and seemingly paradoxical turn in support for impeachment reveals this, and once House Democrats’ overreach inevitably backfires, they will have only themselves—and the Scott Walker Effect—to blame.