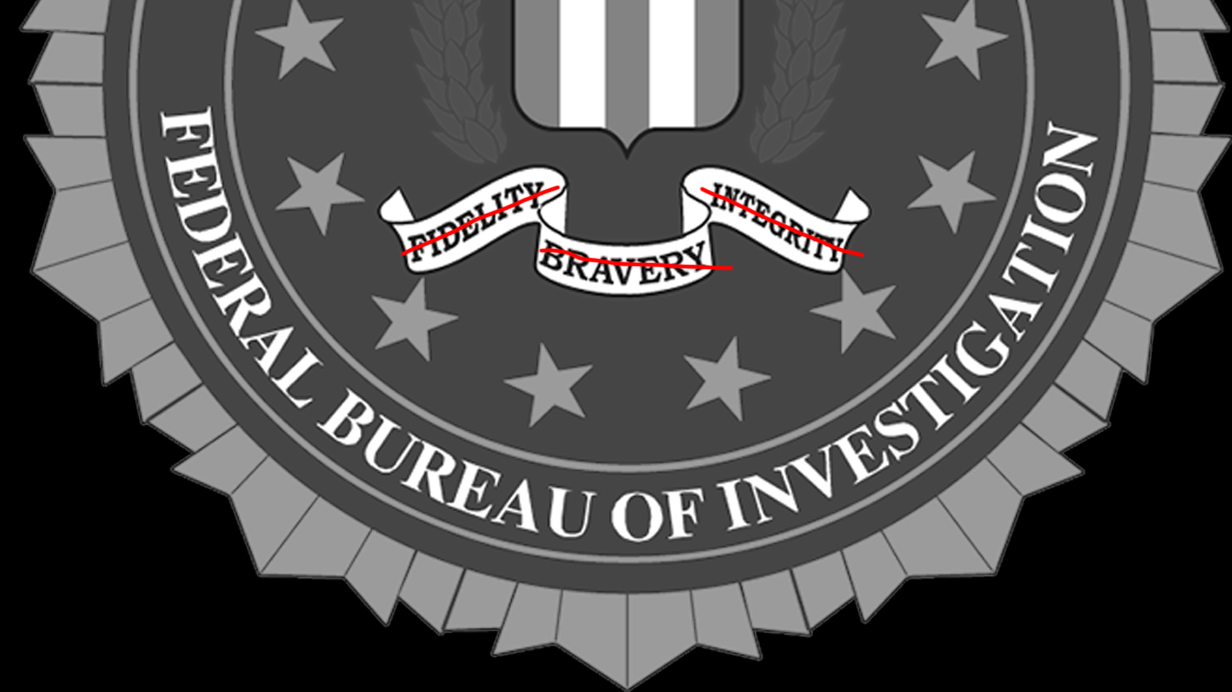 @DanODonnellShow focuses on the massive scandal that America is all but ignoring as it focuses on the #impeachment of @realDonaldTrump #WIright #tcot #tlot http://www.maciverinstitute.com/2019/12/the-real-abuse-of-power/ Click To Tweet

The pattern of behavior was as unmistakable as the misconduct was egregious; a sickening abuse of power at the highest levels of government so obvious and so deliberate that it should send chills down the spine of all Americans who care about their country.

Only it hasn’t, because this isn’t the abuse of the power that this country seems to care about—the unproven allegations of wrongdoing that have led to impeachment—it is the abuse of power by the investigators who for two years trampled both civil liberties and the Rule of Law in the name of protecting America from Donald Trump.

The real abuse of power, the abuse of power that should terrify everyone regardless of their opinions of Trump, came from an FBI so hell bent on influencing American politics that it has undone centuries of trust in American jurisprudence.

As Americans, we each enjoy Constitutional protections from government’s awesome (and, when unchecked, fearsome) power to take our property, our freedom, and even our lives. The Fifth Amendment provides that we may not be “deprived of life, liberty, or property without due process of law,” while the Fourth Amendment protects us “against unreasonable searches and seizures” as well as warrants issued against us that are not built “upon probable cause.” The Sixth Amendment requires that we “be informed of the nature and cause of the accusation” against us, that we “be confronted with the witnesses against” us, and that we “have compulsory process for obtaining witnesses in [our] favor.”

In its application for and subsequent renewals of a Foreign Intelligence Surveillance Act (FISA) warrant against Trump 2016 Campaign associate Carter Page during “Operation Crossfire Hurricane,” the FBI systematically abused its investigative authority by knowingly and repeatedly violating Page’s rights as it looked into alleged Russian election interference on Trump’s behalf.

As outlined by Department of Justice Inspector General Michael Horowitz’s report, the Bureau committed 17 of what Horowitz euphemistically termed “serious performance failures” in its surveillance of Page, who was never charged with a crime.

In layman’s terms, the FBI failed to disclose to the FISA Court important exculpatory evidence that might have caused the court to reject its warrant application. Most significantly, FBI investigators learned almost immediately that Page had been for years working for the CIA as an “operational contact” in Russia. He wasn’t, as the FBI asserted, a potential Russian spy; he was in effect spying on Russia for the CIA. Rather than disclose this obviously material fact to the FISA Court, the FBI used Page’s contact with “suspicious individuals” in Moscow as evidence that he was part of a plot to conspire with them to somehow rig the upcoming election.

He was doing no such thing and the FBI knew it, yet the FBI falsely asserted that he was in order to surveil him. Kevin Clinesmith, the FBI attorney responsible for the Bureau’s FISA applications, even deliberately altered the CIA’s response to a question about Page to falsely indicate that he was not a CIA contact.

Federal law treats such misconduct severely, as 18 U.S. Code § 1001(a)(1) provides that anyone who “falsifies, conceals, or covers up by any trick, scheme, or device a material fact…shall be fined under this title [and] imprisoned not more than 5 years.”

Though Horowitz declined to ascribe a political motivation for Clinesmith’s rather obviously politically motivated actions, investigators found anti-Trump sentiments littering his social media accounts, and he even posted “Vive Le Resistance” after the election; indicating that Clinesmith had been willing to do anything to stop Trump from winning…even using (and grossly abusing) the power of the FBI.

Just as disturbingly, the Bureau presented “evidence” from the infamous Christopher Steele dossier that it knew to be false.

“We determined that the Crossfire Hurricane team’s receipt of Steele’s election reporting on September 19, 2016 played a central and essential role in the FBI’s and Department’s decision to seek the FISA order,” Horowitz determined.

Before FBI presented information from the Steele dossier, it attempted to verify that information and, unsurprisingly, could not. Investigators contacted one of Steele’s three main sources, who couldn’t believe that Steele included what the source called “word-of-mouth and hearsay” during conversations “with friends over beers” that amounted to little more than “just talk” that Steele reported as gospel even though he had heard it third-hand.

Still, the FBI presented information from Steele’s dossier to the FISA Court that it knew was mere “opposition research” from a political operative hired by Trump’s opponent, Hillary Clinton, through the “strategic intelligence” firm Fusion GPS.

Justice Department official Bruce Ohr, whose wife Nellie worked for Fusion GPS, met 13 different times with the FBI during Operation Crossfire Hurricane to discuss the dossier, details from which were continually leaked to Fusion GPS’s many allies in the media in an effort to gin up Trump-Russia hysteria during the latter part of the campaign and the post-election transition period.

A year after receiving Steele’s initial allegations in September of 2016, the FBI could corroborate only “limited information in the Steele election reporting,” yet had repeatedly presented that information to the FISA Court in its warrant renewal applications.

Law enforcement agencies, the FBI in particular, are granted significant investigative powers with the implicit trust that this unrivaled authority will not be abused; that the citizenry will not be powerless against a rogue agency determined to prove wrongdoing even if it needs to manufacture evidence to do so.

That this rogue FBI did so by presenting knowingly false evidence to a FISA Court is especially terrifying, since at no point during these secret proceedings did Page have an opportunity to defend himself.

Where, as the old saying goes, does he go now to get his reputation back?

And where do we as Americans go to get our Rule of Law back? If such an egregious abuse of investigative power could happen to someone as politically well-connected as Carter Page, it could happen to any of us.

Take political partisanship out of the assessment of this behavior for a second. Replace the name “Carter Page” or “Donald Trump” with your own.

Take political partisanship out of the assessment of this behavior for a second. Replace the name “Carter Page” or “Donald Trump” with your own. Even the most dedicated Trump hater must admit that the depths to which the FBI sunk to sink his campaign is a threat to the very fabric of this Republic.

When secret court proceedings are taken advantage of, when false evidence is invented with abandon, when the awesome power of government investigation is abused—as it so clearly was—all of us run the risk of being the next victim.