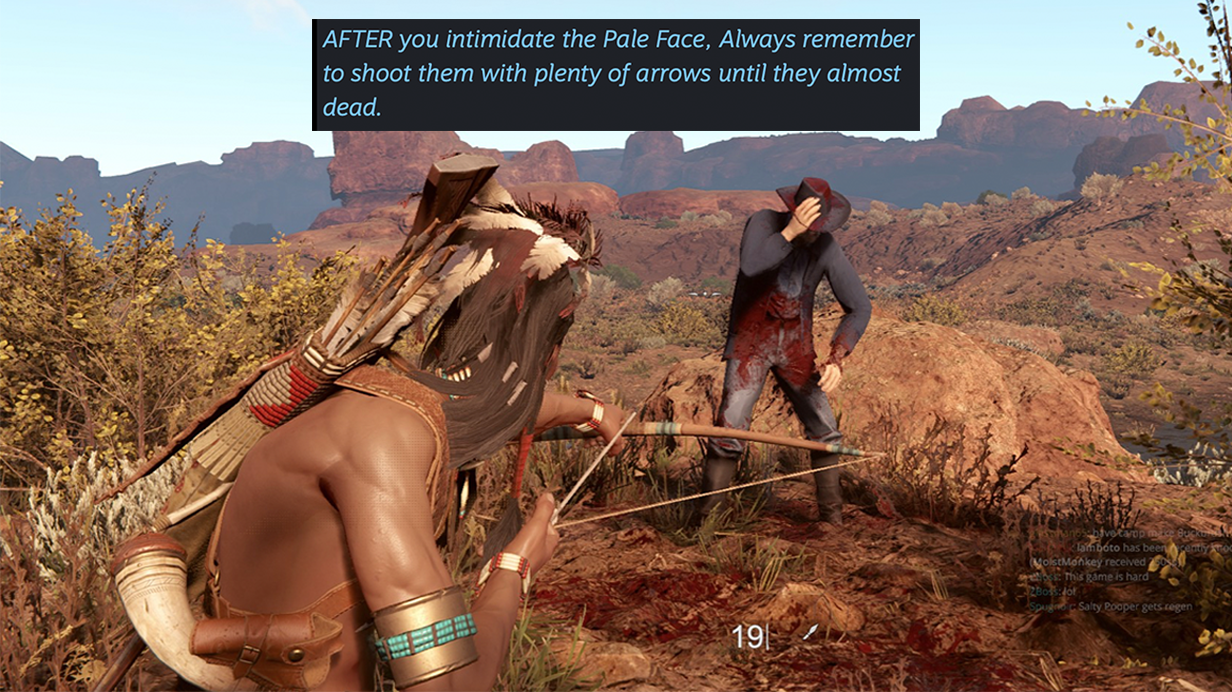 With Christmas right around the corner, you might be tempted to just chuck that shopping list and just get your nephews some video game gift cards. Before you do, you should know about the latest game that lets players fanaticize about killing white people.

“This Land Is My Land” came out on Nov. 20th, just in time for Thanksgiving. You get to play an Indian chief who has to murder all the white people in the game, so you can take back your land.

Modern graphics and gameplay ensure this process is as gruesome as possible.

Players get to sneak up on white settlers and stab them to death or shoot them with rifles and arrows. Players can also kidnap, taunt, and trap the settlers before killing them.

One player shared a screenshot of their character slitting a settler’s throat, who they named “Donald Dump.” 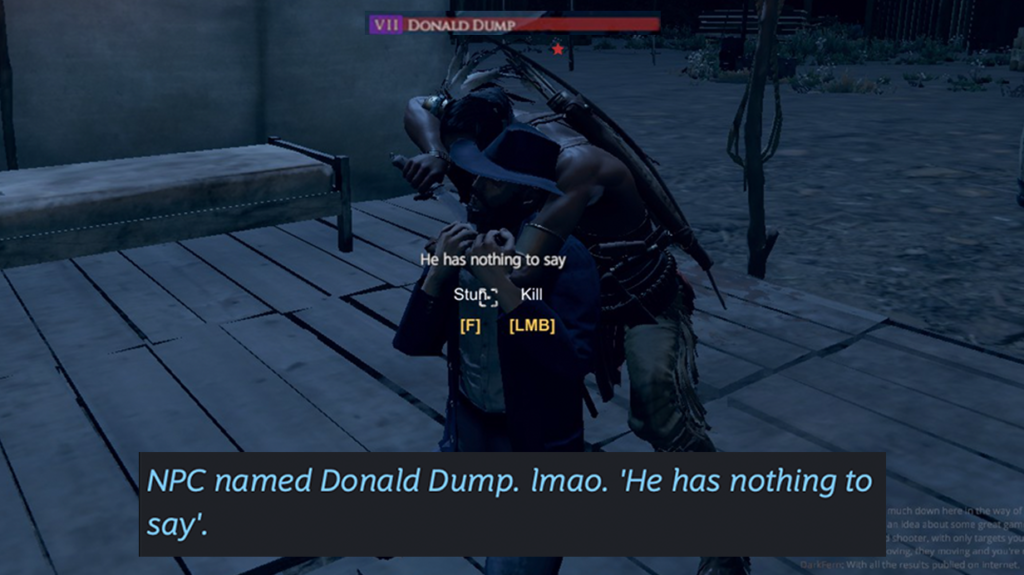 Another player shared a screenshot of their character shooting a white settler with arrows and the caption, “After you intimidate the Pale Face, always remember to shoot them with plenty of arrows until they almost dead.” What happens next is anyone’s guess.

Despite this content, the game is not rated. There is no age restriction and anyone can buy an instant download online.

Despite this content, the game is not rated. There is no age restriction and anyone can buy an instant download online.

The game has been accused of being racist – not because the object is to kill all white people but because the game does not differentiate between tribes. The “protagonist” is a merely generic Indian.

“You act like you want to convey that you ‘sympathize’ with the Native American struggle, but you can’t even be bothered to NAME any of the many nations and you lazily mush all the tropes and stereotypes into a mish-mash of generic nonsense!” commented one player, who identified as a Native American.

Another Native American player griped, “I must admit that while it has potential, there is a LOT I am VERY hesitant about. MOST IMPORTANTLY, I would like to know if you had a proper cultural consultant involved in the making of this game? If not, then you have already failed step one if your motives are to bring Indigenous representation in a media format that rarely has such, as I have read in articles.”

The calls of racism also extended to this player, who asked for Native American mythology to be included in the game, like having the main character transform into a bear.

Then there’s the problem that there are no female characters in the game.

“There are plenty of examples of females leading tribes, of them being warriors, and as a Cherokee / Sappony-Sioux Native American, I really have to question your decision making here,” a player commented.

Another player seemed more disappointed that there were no white women or children to kill in the game.

“It’s supposed to be a portrait of historical accuracy to an extent, you’re supposed to have women in camps, their’s also female cowgirls, point is, WOMEN WAS THERE AND IN CAMPS, and their children, women and men got slaughtered, not just men, also women reproduced to add to the camp,” the player wrote.

“This Land Is My Land,” was developed by Game-Labs, which has previously made games about the Civil War, WWII, and naval combat.

At a time when children are stabbing adults in school hallways, parents should be on the alert for simulators that romanticize that behavior.