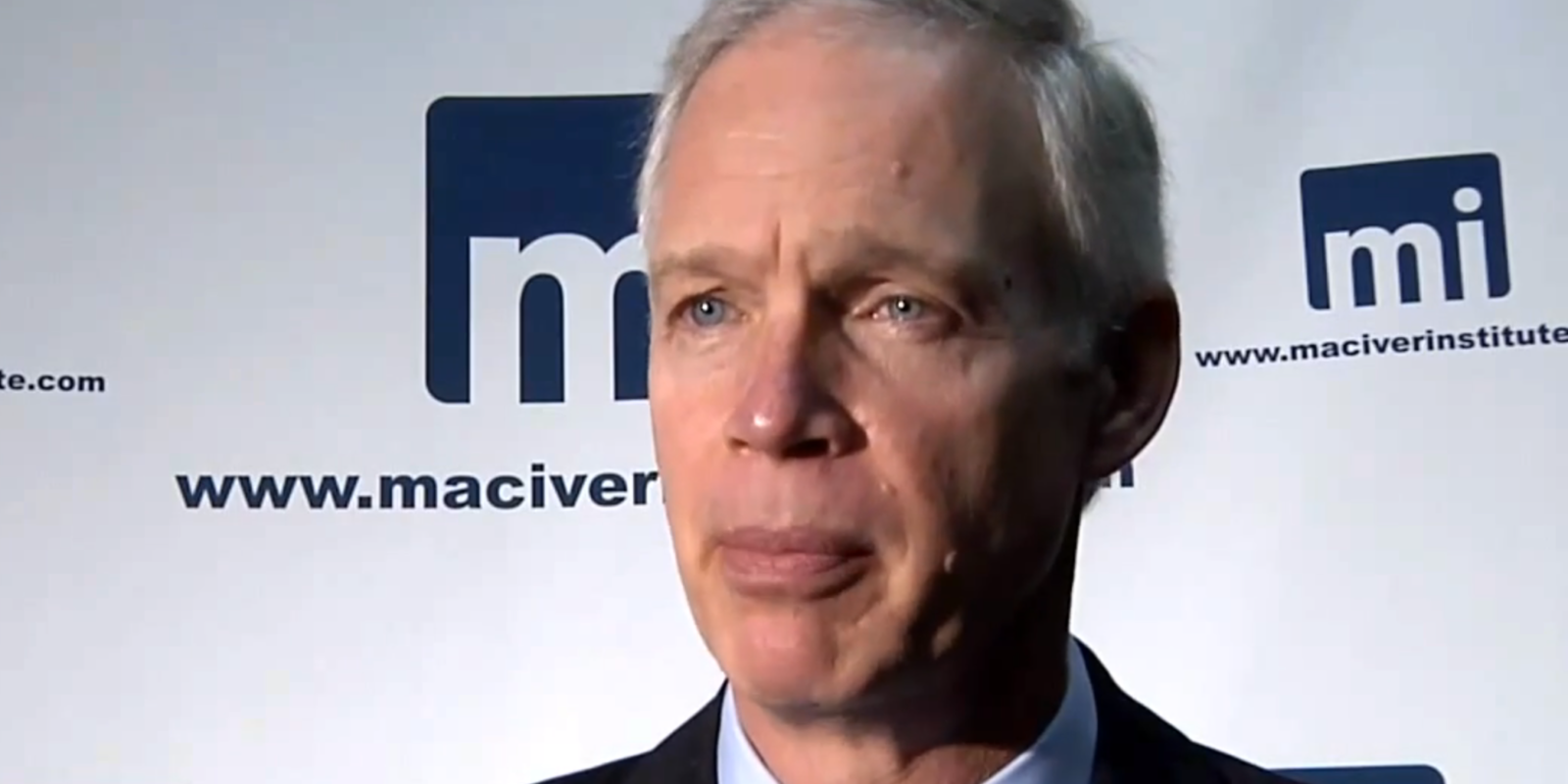 Two weeks after the U.S. House of Representatives approved their plan, the Senate is set to vote this week on a desperately needed overhaul of the federal tax code. If all goes according to plan, a tax reform bill that reduces income tax rates for individuals, families, and employers will be sent to President Donald Trump’s desk by Christmas. The only thing that could derail that is if Senator Ron Johnson (R-Wisc.) votes against the bill this week, as he is reportedly contemplating.

A big reason why there is a president in the Oval Office right now who wants to do tax reform is because Wisconsin voters awarded the state’s 10 electoral votes to Donald Trump last November. For years Speaker Paul Ryan has been fine-tuning the tax reform that recently passed the House of Representatives. Wisconsin Gov. Scott Walker has been one of the nation’s top tax cutters, enacting billions in state tax relief over the last seven years, and is a vocal proponent of federal lawmakers now doing their part with tax reform. As such, it would be unconscionable if a U.S. Senator representing the Badger State were to be the one to derail tax reform.

Senator Johnson, with his background businessman, knows what a boost the corporate rate reduction from 35 to 20 percent will provide to U.S. companies. However, Sen. Johnson has expressed concern that small businesses that currently file under the individual income tax system, referred to as pass-throughs, don’t get enough tax relief under the tax plan he is to vote on this week.

Under the Senate plan, pass-through businesses get a roughly 20 percent reduction (17.4 percent exclusion on their business income, in addition to rate reduction on the individual side.) While c-corps get a 42 percent reduction, which is about double the rate reduction for pass-throughs, it’s important to keep in mind that c-corps also face limitations on interest deductibility, Net operating loss, and new international base broadeners. Furthermore, c-corp profits still face two layers of taxation after being taxed at the corporate rate in the form of capital gains and dividends taxes.

Simply put, there is no reason to oppose this bill because taxes aren’t reduced enough. (For a more detailed rundown of how beneficial the Senate tax reform plan is to small businesses, I encourage you to read the new piece by fellow Forbes contributor Ryan Ellis) However, a No vote from Senator Johnson would mean there is no tax relief at all and no fixing of the major flaws in the federal tax code that President Trump has accurately described as a giant self-inflicted wound on the U.S. economy. Failure to pass the Senate bill would be a disaster for employers of all sizes and for the American economy as a whole.

Through pro-growth tax and regulatory reform, Gov. Walker and state lawmakers have done much to make the Wisconsin more competitive domestically, putting the state in position to win the bid for Foxconn’s new North American facility, which will bring an estimated 13,000 jobs to the state.

Speaker Paul Ryan – with the help of Reps. Jim Sensenbrenner, Glenn Grothman, Sean Duffy, and Mike Gallagher – passed tax reform legislation through the House two weeks ago. If Senator Ron Johnson and his colleagues are successful in getting their tax reform bill across the finish line, it will do much to make the Wisconsin more globally competitive.

It’s not just Michigan, Ohio, Minnesota, Texas, North Carolina, Tennessee, and other states that Wisconsin must fiercely compete with for investment, new businesses, and jobs. Wisconsin must also compete with other nations – nations that have been busy cutting their corporate income tax rates.

Countries throughout Europe and other continents have reduced their corporate tax rates in recent years, with the worldwide top average corporate tax rate dropping from 30 percent in 2003 to 22.5 percent this year. Ireland boasts a 12.5 percent corporate rate and Great Britain’s sits at 18 percent. Canada levies a 15 corporate percent rate and China’s rate now stands at 25 percent. France assesses a corporate rate of 33 percent, which is still more competitive than the U.S. rate paid by Wisconsin-based employers, which is the highest in the developed world. French President Emmanuel Macron is looking to increae France’s advantage by cutting his country’s corporate rate to 25 percent.

At 35 percent, the U.S. corporate tax is more than 10 percentage points higher than the average rate for nations that belong to the Organization for Economic Cooperation and Development. Simply put, the tax status quo in the U.S. greatly disadvantages Wisconsin businesses and, as President Trump accurately describe it, is a “giant, self-inflicted wound” on the national economy.

The reduction in the corporate tax rate from 35 to 20 percent, the end to double taxation of profits already taxed abroad, a lower pass-through rate for small businesses, along with a move from costly and convoluted depreciation schedules to full and immediate expensing for business investment, will make Wisconsin far more competitive internationally than it currently is, and much more attractive to global investment.

If federal tax reform is passed, Wisconsin lawmakers can expect an uptick in state revenue collections thanks to the ensuing boost in economic growth. Lawmakers in Madison could put these additional resources toward further improvements in the state tax code, such reducing personal and corporate income tax rates.

Federal tax reform and the subsequent boost in economic growth will make it easier to put the state income tax on the path to extinction, as will repeal of the state and local tax (SALT) deduction, which is a key feature of both the House and Senate tax reform bills. Repealing this deduction will eliminate a perverse subsidy that disproportionately benefits wealthy taxpayers who live in high tax states like New York and California, but it will also eliminate a bias against state and local income tax relief.

The tax reform bill voted on by the Senate this week provides tax relief to those who need it most by doubling of the standard deduction. A new White House Council of Economic Advisors report estimates that if the tax reform legislation pending in Congress is enacted, over 90 percent of taxpayers will take the standard deduction and not have to itemize, up from 70 percent today.

Another provision in tax reform whose benefits will skew toward middle and low income households is the repeal of Obamacare’s individual mandate tax, which is included in both the House and Senate tax reform bills. Over 105,000 Wisconsin taxpayers paid the individual mandate tax last year. Of those who paid the tax, 69 percent made under $50,000 and 28.5 percent made under $25,000.

When it comes to passing pro-growth, pro-taxpayer reforms that make the state more competitive and conducive to growth, no other governor or collection of lawmakers in the country can hold a candle to what Gov. Walker and Wisconsin legislators have accomplished over the last seven years. Now it’s time for federal lawmakers to step up and do their part to fix a broken federal tax code that hinders U.S. employers and that national economy. The good news is that Senator Ron Johnson and his colleagues are on the cusp of doing so.