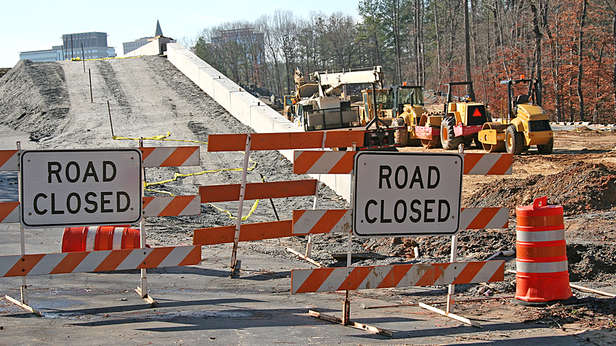 [Madison, Wisc…] Republican Lawmakers are pushing a new reform package in hopes of more efficient and responsible highway project management at the DOT.

A memo for co-sponsorship started circulating Thursday morning with two dozen lawmakers from the Assembly and Senate already signed on. Rep. Joe Sanfelippo (R-New Berlin), a co-author of the bill, told MNS Thursday another four to six lawmakers have signed on since then.

The package would address some of the problems identified by the legislative audit that was released this past January. It would implement new procedures to increase oversight at the DOT, while at the same allowing it more flexibility to capture cost saving opportunities.

“The genesis of these ideas isn’t necessarily the audit, but the audit did urge the Legislature to act quickly on these issues,” Senator Dave Craig (R-Town of Vernon) told MacIver News.

Under the bill, the DOT would be allowed to use alternative project delivery methods, specifically “Design-Build” or “Construction Manager-General Contractor” on highway projects. The only method currently allowed is design-bid-build, which critics say is not always the cheapest or most effective method to complete highway projects.

The package also includes five reforms that have already been introduced as standalone bills, including the full repeal of the prevailing wage law for state highway projects. That’s already been passed out of committee, but the other bills have not yet had a hearing.

“When you look at the proposals we’re making, and if you’re in the private sector, you’re thinking this is just common sense,” Craig said.

Provisions in the bill:

Create reporting requirements to the Legislature. DOT would have to give updates on the performance of alternative project delivery methods.

Limit how much engineering work can be done in-house.

Implement need-based funding instead of baseline funding for DOT regions.

Require a full audit of the DOT. The audit released this past winter only examined the highway program.

SB 80 requires local approval of roundabouts. There are currently 40 roundabout projects planned throughout the state over the next 4 years, which will cost approximately $10 million, according to Department of Administration estimates. There has been no hearing yet on that bill.

SB 143 establishes an inspector general at the DOT. That person would be able to “examine the accounts and other financial records of DOT and may review the performance and program accomplishments of DOT.” There has been no hearing yet on that bill.

SB 216 repeals prevailing wage. It passed out of committee on May 3, but has yet to be scheduled for a floor vote.

SB 217 swaps federal funds on certain projects with local funding. Savings are involved by categorizing projects from federal to local. There has been no hearing yet on that bill.

AB 361 requires a referendum to institute a local wheel tax. There has been no hearing yet on that bill.

Assembly Speaker Robin Vos supports the package, but says it won’t have much effect on the current transportation funding debate holding up the budget.

“I look forward to working with my colleagues in both chambers to improve the DOT to bring about a more effective and efficient agency. However, it’s important to understand that reforms alone won’t resolve the transportation funding issue that must be addressed in order to maintain a reliable and safe highway system,” he said in a statement Thursday.

However, the memo for co-sponsorship explains the reform package is not about settling the current transportation funding debate.

“Regardless of what emerges from the revenue side of the discussion, we are all keenly aware of the dire need for operational reforms inside the Department of Transportation. The audit released earlier this year confirmed that this agency suffers from gross mismanagement on so many fronts,” the memo reads.

Bill co-author Senator Chris Kapenga (R-Delafield) said “These reforms have been proven around the country to save significant money and deliver projects in a more efficient and effective manner. It is part of what is needed to help get the agency back on track.”

Senator Craig says even though a specific dollar amount cannot be attached to potential savings the bill could achieve, he’s confident it will be significant.

“We have our disagreements on the money between the Assembly and Senate side no doubt, but nobody says we don’t need reforms,” he said. “No matter how we get it, we just all feel very strongly that these reforms have to get done.”