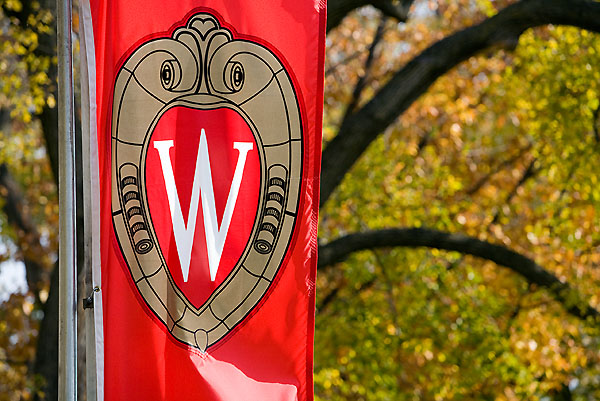 by Tyler Brandt
University of Wisconsin-Madison, Class of 2018
Special Guest Perspective for the MacIver Institute

“Enough with Scott Walker and the GOP – I’m leaving”. That was the sentiment expressed by UW-Madison English chair Caroline Levine in her Cap Times column on May 13th. As a UW-Madison student, I feel compelled to respond.

She expressed many reasons as to why she is leaving her tenured position with a salary of $121,000 (if you add the cost of her benefits, Wisconsin taxpayers probably pay her close to $150,000 a year). Her reasons all revolve around the claim that Walker and the GOP are supposedly “preventing UW-Madison from offering a competitive product in a global marketplace.”

Ever had an economics lesson from an English professor? Me neither.

She states that “Top-tier private colleges and universities right now are charging more than $44,000 or more in tuition each year, more than four times the rate of in-state tuition for an education at the UW-Madison”.

“Why are prices so low?” Levine asks. “Because politicians have put a cap on tuition”.

The underlying assumption is that UW-Madison should raise tuition in order to compete with it’s peers and fails to do so because of politicians – namely Walker.

Levine forgot to account for the fact that UW-Madison is a public school, which might explain the lack of astronomically high tuition. While it may be true that top-tier private schools charge $44,000 on average, it couldn’t be any farther from the truth when it comes to public schools.

Out of the top 50 ranked universities, only 13 are public. The average tuition rate for these 13 schools is $13,886. UW-Madison’s tuition is $10,415. While tuition is still less on average by $3,000 it is nowhere comparable to $44,000 private tuition. The point here is that public schools are funded by tuition and taxpayer dollars which all citizens in the state contribute. It is logical that tuition would be less when funded publicly vs. privately. When Levine compares market prices to other schools, she should note that UW-Madison is incomparable to a private university.

Levine’s criticism that tuition is too low should be concerning not only to me, but to every other UW-Madison student as well. When students graduate with $40,000 in debt I’ll bet that none wish they paid higher tuition. If students and families already struggle with paying the current tuition, why would anyone want to increase that burden?

I happen to be a triplet. Not only does it mean having two best friends to share the world with, it also means having a family struggling to pay tuition. Combine three tuitions, three rent checks, three utility bills, three grocery bills, the occasional Spotted Cow, and what do you get? The great gift of crippling debt.

This is why Wisconsin families such as mine are grateful for Walker lessening the burden of debt with tuition freezes. When it was discovered that the UW System had significant cash reserves close to $1 billion, Walker and the legislature decided to freeze tuition. It is enraging to hear Levine say that we should have to pay more when a surplus already exists. The freeze is saving thousands of dollars for UW families. There is no reasonable need for higher tuition.

Levine ends by stating her personal reasons as to why she’s leaving the university after 14 years. She claims she will have stronger tenure, a 50% pay increase, and will be free from “strange crazy-making double-speak that on one hand demands that higher education deliver value like a business, and on the other hand, methodically prevents it from doing so.”

Levine is leaving because she wants more money and doesn’t want to deal with Republicans. Her complaints about the market failures of UW-Madison are a front for her desire to raise tuition in order to boost the salaries of already well-paid professors. This is not only selfish, but could have devastating impacts on every single UW family. On behalf of these indebted families, I say good riddance. On Wisconsin.