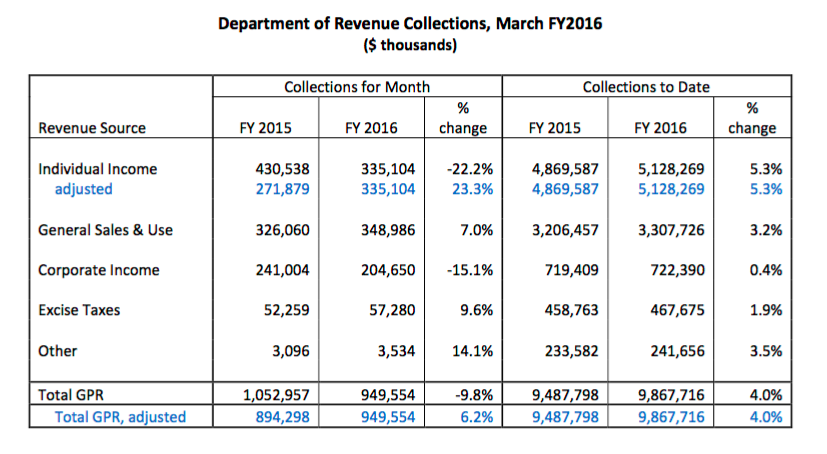 [Madison, Wisc…] The latest numbers from the Department of Revenue (DOR) were released on Thursday and it is good news for the Wisconsin economy. Even as taxes continue to go down in the state, revenues are actually up.

From fiscal year 2015 (FY15) to FY16 to date, state revenues are up 4 percent – a jump from $9.49 billion to $9.87 billion. This is a sign that the Wisconsin economy continues to grow and the state is taking in more revenue despite cutting taxes in recent years.

Another good sign for the economy is that sales tax collections to date beat FY15 levels, meaning people are spending more money. Sales tax revenues increased from $3.2 billion in FY15 to $3.3 billion in FY16 – a 3.2 percent bump.

The reported numbers are unaudited and will be finalized in October.