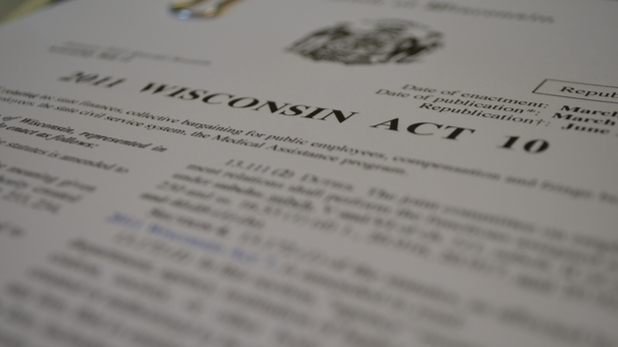 [Madison, Wisc…] February 11, 2011 was a remarkable day for Wisconsin. Five years ago today, Governor Walker began his efforts to reform collective bargaining and put Wisconsin taxpayers back in charge of their government.

Five years ago, Gov. Walker and the Republican legislature started their odyssey that resulted in the signing of Act 10, a milestone law that has saved Wisconsin taxpayers $5.24 billion, according to a new analysis by the MacIver Institute.

These taxpayer savings are only possible thanks to Act 10.

Five years after Gov. Walker introduced it, Act 10 is still the gift that keeps on giving. The MacIver Institute analysis found that the Medford School District recently realized an 11 percent decrease in the cost of its health insurance business by opening it to competitive bidding.

Medford officials were able to make that cost-saving choice because of Act 10.

“Taxpayer savings of $5.2 billion is a staggering number that’s so large it’s difficult to comprehend. But make no mistake about it, Gov. Walker and the Republican legislature not only saved Wisconsinites an incomprehensible amount of money but they also fundamentally changed government in Wisconsin forever,” said Brett Healy, president of the MacIver Institute.

$5.24 billion in savings works out to $910 in savings for every man, woman and child in Wisconsin, or $2,291 for every household in Wisconsin. The DOT could build 2,912 more roundabouts. The savings could fund over 68,000 four-year degrees at UW-Madison, or install 42 separate Milwaukee-style streetcar systems throughout the entire state. Thankfully, however, Walker and the legislature have used the Act 10 savings to provide more than $2 billion in direct tax relief for Wisconsinites.

But what’s even more significant than the total is the distribution of savings. Units of government that saved big in the wake of Act 10 range from the smallest villages and townships to the largest agencies in state government. On its own, the UW System saved $527 million in retirement costs alone. “That’s an incredible statement about the success of Act 10,” Healy said. 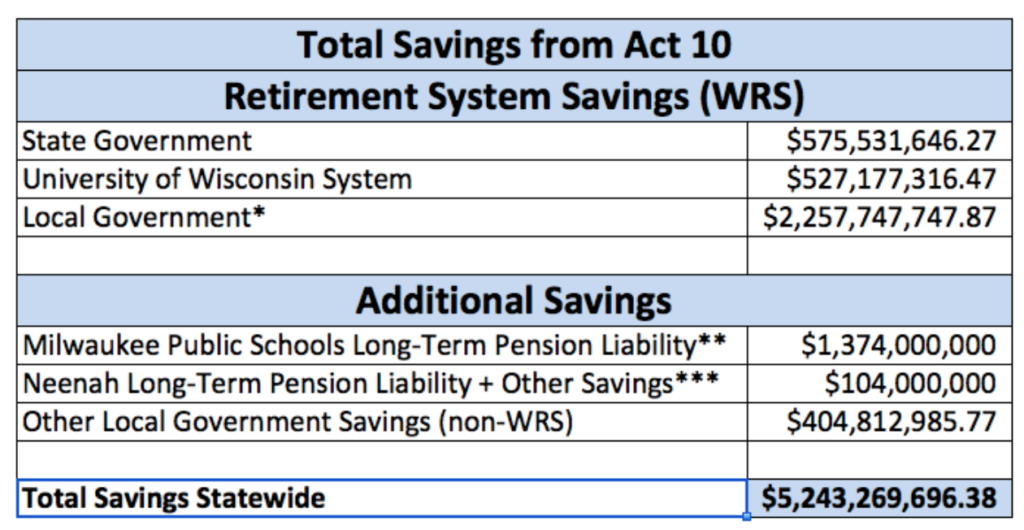 The new total of $5.24 billion in taxpayer savings is why the MacIver Institute is celebrating Feb. 11-March 11, the period between Act 10’s introduction and the day it was signed by Gov. Walker, as Wisconsin Taxpayer Appreciation Month.

“Act 10 refocused lawmakers on what should always be their top priority: the Wisconsin taxpayer, who generously gives their hard-earned money to fund this government,” Healy said.

“We owe Gov. Walker and all of the courageous legislators who voted for Act 10 a big thank you. Gov. Walker has reduced the cost of government in Wisconsin by more than $5 billion – it is the gift that will keep on giving back to taxpayers long into the future. Five years and $5 billion in taxpayer savings later, it’s still working Wisconsin!” 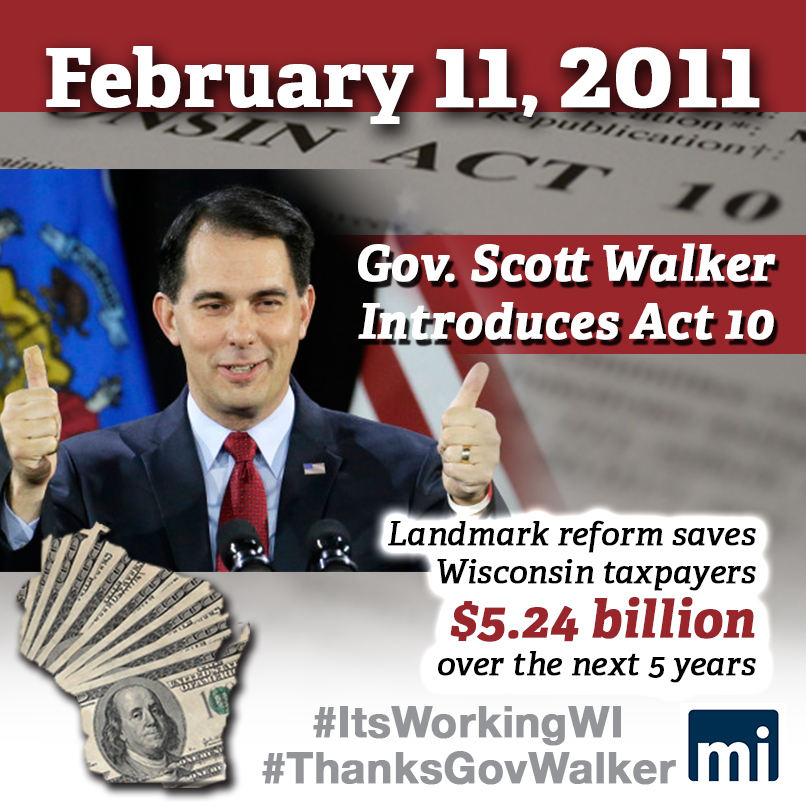