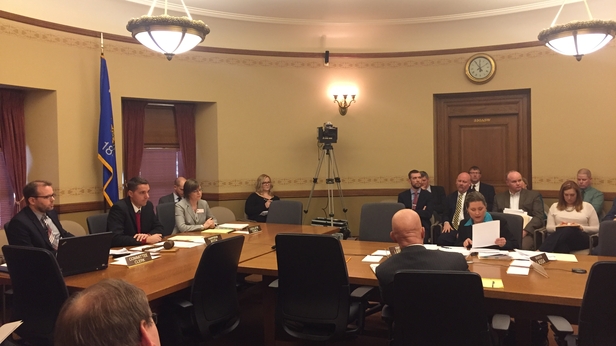 If passed, Assembly Bill 212 (AB 212) would render individuals ineligible for UI benefits for seven years if they are found to have intentionally concealed or misrepresented information when applying for benefits. Rep. Samantha Kerkman (R-Salem) introduced the bill after a December 2014 audit found that $86.3 million in overpayment dollars were sent to individuals filing fraudulent claims.

Under current law, individuals who are found to intentionally file fraudulent claims can be subject to criminal charges, but can still reapply for UI benefits in the future.

Despite those shocking numbers, Kerkman said that only three individuals have been charged with fraud in the last year.

Unemployment Fraud by the Numbers:

• $86.3 Million in intentional unemployment fraud during a three-year audit period

The Senate committee debated the bill for just over an hour with Sen. Julie Lassa (D-Stevens Point) offering four amendments and driving most of the discussion. All four amendments were rejected on party line votes.

One notable amendment would have required the Department of Workforce Development (DWD) to reword UI claim certification questions, which the federal Department of Labor has deemed too complex and confusing. Under the amendment, Wisconsin’s DWD would implement the rest of the bill only after the UI council approved the revisions to the weekly application questions.

“If we really want to get serious about cracking down on fraud, making sure that people are not taking advantage of a program and receiving money that they’re not entitled to, then we should make sure that the questions that they are being asked are clear-cut, easy to understand so that they can provide the program with the correct answers,” Lassa said. “So that way we can focus our resources on those individuals who are really intent on defrauding the system and making sure that we catch them.”

Lassa and Sen. Chris Larson (D-Milwaukee) were also concerned about the bill going after individuals who unintentionally defraud the system. Unintentional fraud makes up about 85 percent of the fraud identified in LAB’s 2014 audit.

Committee Chairman Roth asserted that the bill only addresses intentional fraud, and stressed that the 9.5 percent who intentionally defraud the system make up a small percentage of fraud but cost the state dearly.

“This bill goes after not the 85 percent of individuals that DWD already identified as unintentionally defrauding the system, this goes after the 9.5 percent of individuals that they determined were intentionally defrauding to a dollar amount on that fraud – that 10 percent is $86 million,” Roth said. “That’s money that comes out of the UI trust fund, that’s money paid for by businesses…this bill is a very pro-business bill, a pro-worker bill.”

Now that it has passed the Assembly and gone through the Senate committee process, AB 212 will move to the Senate floor for debate. The Senate is expected to meet on January 12 and 19. If AB 212 passes the Senate, its next stop will be Gov. Walker’s desk.

AB212 passes Senate Cmte on Workforce Development, Public Works, and Military Affairs on a 3-2 vote. Next stop will be the Senate floor #UI