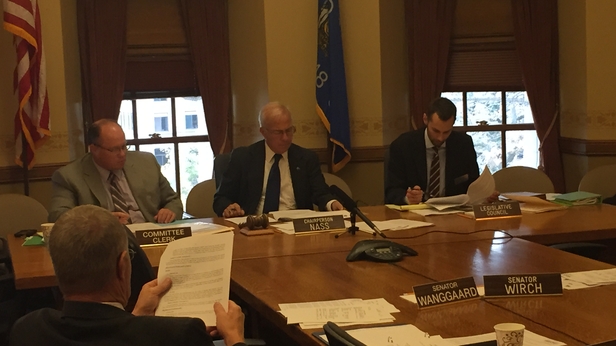 Differences over ‘Ban the Box’ Provisions May Cause Problems

[Madison, Wisc…] Two related bills on civil service reform passed through their respective committees on Wednesday, moving them one step closer to the Assembly and Senate floors.

Both bills make numerous changes to the rules for hiring and firing Wisconsin’s civil service employees, or about 30,000 individuals.

Among the changes, applicants would submit resumes rather than take required entrance exams. After an agency gives notice of a vacancy, the Division of Personnel Management (DPM) would have 30 days rather than 45 to submit a list of eligible applicants to that agency. The bill also clarifies the preferences given to applicants who are hiring veterans, disabled veterans and spouses of deceased veterans.

Committee Chair Sen. Stephen Nass (R-Whitewater) had previously withdrawn the bill from a vote because of feedback from the public hearing. One major point of contention was a provision in the original bill that would prohibit state agencies from asking applicants whether they had ever been convicted of a felony.

The Senate committee approved a substitute amendment that would allow departments to ask if an applicant was convicted of a felony. However, the Assembly version does away with the check box, which could cause problems moving forward. In order for a bill to become law, the two houses must eventually agree on a final version with no discrepancies.

For those who support keeping the box, it doesn’t make sense for state agencies to go through the entire hiring process and to go so far as extending a job offer before applicants are required to disclose a substantially related felony conviction. Opponents of the box, such as Rep. Jim Steineke (R-Kaukana), argue that it incites prejudice early on in the hiring process.

“Our bill maintains the ban-the-box provision,” Steineke said in a statement. “No one should be prejudged for any reason except qualifications.”

It will be up to legislative leadership to decide which bill moves forward.

Ban the box legislation has been contentious across the country, as supporters argue it gives those with felony records a chance to prove themselves before incurring potential discrimination. Those who want to keep the box argue it is common sense that employers should know applicants’ records as early as possible in the hiring process.

Democrats in the committee voted for the amendments but against the final bill.

Sen. Wirch says the bill may open the door to favoritism and cronyism in employee selection. Sen. Nass argues that's already against the law

“It reintroduces into our vocabulary the word ‘hatred’ and that’s very dangerous,” Sen. Chris Larson (D-Milwaukee) said. “It’s chilling that we would move in this direction so drastically, so quickly, and with such devastating effects and I would just hope that we would be cautious not to change what our reputation is in the state that prides itself on good government.”

As one of the authors of the bill, Nass defended the reforms.

“Regarding patronage and campaign contributors being shown favoritism, that’s against the law right now, that does not change under the bill, will continue to be against the law,” Nass said. “And because of the performance evaluation audit we’ve adopted, we will certainly be able to take a good hard look at the changes that have been made here and see how they are working in the future.”

The Assembly Committee on Rules has already scheduled AB 373 for a debate on the Assembly floor on Tuesday, October 27. The Senate version has not been scheduled.