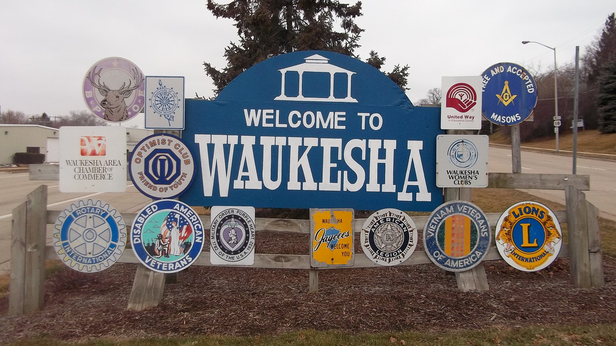 State Sen. Duey Stroebel’s words are on the minds of the city of Waukesha’s Common Council. Stroebel recently wrote an op-ed questioning how Tax Incremental Finance districts, or TIFs, are being used, and possibly abused, by local communities for development projects. The city of Waukesha has been trying to avoid becoming the senator’s top example.

TIF districts take property tax revenue from within the district and invest it in development with the district. While the TIF district is in place, the city is not benefitting from additional property tax revenue generated by the location. Neither is the school district and the local technical college. By creating the TIF, municipalities hope for bigger property value in the long term. But in the meantime they are taking tax revenue off the books, meaning development is actually costing local units of government in the short term.

On September 1st, the city passed an amendment to an existing TIF allowing a loan, backed by the TIF’s revenue, to a condo association that had allowed the buildings to fall into disrepair. The proposed $1.6 million loan would not have added anything to the Sunset Homes condo development. The money would have paid for decrepit roofs and siding.

Sunset Homes, built in 1973, had neglected to keep up with the required maintenance for years. The value of each of the 120 units fell from over $100,000 to approximately $50,000 each in just a few short years. As more units became rental units, police calls to the condos increased. Yet little was done by the condo owners to bring the situation under control.

In 2013 the city of Waukesha created a TIF district to support the redevelopment of a nearby Kmart store that had closed in a strip mall. Included in the TIF district was vacant land zoned residential, the local Pick N Save, and another strip mall. Ironically, the vacant lot was rezoned commercial and now the property tax dollars from the Pick n Save location is subsidizing the TIF for a new Meijer store.

The TIF also included Sunset Homes, with the hope that perhaps the city could do “something” about the deteriorating condos. At the time of the TIF’s creation, condo owners expressed concern that the city was going to work with a developer to redevelop the site as a commercial property. Two years later, that fear was unfounded as the city proposed the loan for repairs instead.

However, the vote was close, 7-6. One member of the Common Council was presiding in the mayor’s absence and did not vote. He indicated later that he would have voted against the proposed TIF amendment allowing the loan.

After the meeting, it was learned that costs of repairs for the condos were actually $3.8 million, not $1.6 million. Also, residents had indicated that they turned down a private $500,000 loan because it would only have been a “band-aid.” (There is some dispute whether the condo association actually qualified for the loan.)

The public also learned that the City Attorney had said the loan was risky because the collateral was the condo association fees and not the actual properties. He recommended individual agreements with the condo owners as the repairs commenced on each property. Otherwise, the city only had the right to sue up to 120 different condo owners for the fees.

Finally, one of the aldermen who voted in favor of the TIF amendment asked the mayor to put on the agenda reconsideration of the amendment’s passage.

But it was Alderman Aaron Perry who cautioned what the real consequences were of making the loan. In an op-ed for the Waukesha Freeman, Perry pointed to the op-ed by Stroebel and said the city was risking local control over how TIFs are used. He wrote, “Without a doubt, Waukesha is drawing attention to this issue and if we aren’t careful next Tuesday when we vote on this again, we very well might be a prime example of what Stroebel is talking about. If approved, Madison may feel it has no choice but to take away our local control of how the tool of TIF is to be used.”

On the other side of the debate, city staff pointed out loans had been made from TIF districts in the past to homeowners for repairs. This was just, to them, a bigger loan. (I’ve been assured by city staff that these types of loans stopped a few years ago.)

Making matters worse, City Administrator Kevin Lahner told an alderman who supported the TIF amendment that he saw the eventual loan as a “pilot” for other loans around the city. Attempting to justify this, Lahner wrote in the email:

“I don’t want to get too far off track here, but it has always been somewhat interesting to me that we willingly give large sums of money to wealthy development interests to promote development and redevelopment efforts to increase property tax values with very little discussion, yet when the same theory is applied in a residential setting it attracts significant debate.”

Ironically, the night the Common Council reconsidered the TIF amendment allowing the loan, the Common Council debated the creation of another TIF district. This one involved converting an unused bowling alley into manufacturing space and a grant to the developer of $1,150,000 during construction, with the grant rising to $1.65 million if certain conditions are met.

If Lahner wanted discussion of these kinds of TIFs, he got it. The property is across from the county airport and close to the freeway, leading some to wonder why a TIF was needed. Others questioned the size of the grant for a projected 26 jobs.

This time it was Alderman Daniel Manion who brought Stroebel’s op-ed, reading paragraphs from it to the council. He, too, warned that abusing the TIF process would result in Waukesha being the poster child for TIF reform.

Despite the warnings, the council voted 9-5 in favor of creating the new TIF district. However, the Common Council voted 9-5 against amending the TIF to allow the loan to Sunset Homes. The legislature hasn’t passed a bill yet and already there’s hope for TIF reform.