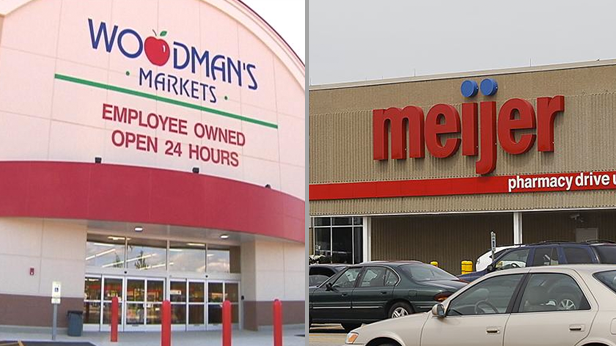 [Madison, Wisc…] Four more complaints have been filed against Meijer grocery stores in Wisconsin for allegedly violating the state’s Unfair Sales Act, but one of those complaints comes from another low-cost chain: Woodman’s.

According to a complaint filed with the Department of Agriculture, Trade and Consumer Protection (DATCP) on August 31st, Meijer is selling coffee for less than cost. A shelf tag under Maxwell House coffee showed the sale price of $4.99 – a reduction from the original price of $8.79.

Under Wisconsin’s Unfair Sales Act – otherwise known as the minimum markup law – it is illegal to sell merchandise below cost. The law also requires specific price markups on items like alcohol, tobacco and gasoline.

The president of Woodman’s, Willard P. Woodman (better known as Phil), made it very clear that Meijer was likely breaking the decades-old law.

“We normally don’t turn others into you but: this is ridiculous!!!” the complaint to DATCP reads referencing the low price customers could pay for coffee.

The complaints are nothing new for Meijer, who has been under investigation from DATCP since mid-summer for selling products at prices that could be deemed too low by the state. A total of nine complaints have been filed against Meijer.

While the retailer may be in trouble for possibly breaking state law, some legislators feel the law is archaic and needs to be repealed.

Sen. Leah Vukmir (R-Wauwatosa) and Rep. Jim Ott (R-Mequon) have introduced a bill that would eliminate the Unfair Sales Act. If it becomes law, Meijer and other stores in Wisconsin could sell products for whatever price they see fit, even if the business would lose money.

This would have an almost immediate impact on major sales, especially those around Black Friday. Currently, some retailers have to offer higher prices on Black Friday to Wisconsin customers because the deals are simply too good.

“My job as a legislator is to ensure Wisconsinites get to keep more of their hard-earned money whether it be at the grocery checkout or at the gas pump,” Vukmir told the MacIver Institute. “Government simply shouldn’t get in the way of allowing businesses to sell their goods at low prices. And that’s why the repeal of the archaic Unfair Sales Act is long overdue.”

The MacIver Institute will continue to provide updates on this issue. Check back often for the latest information.