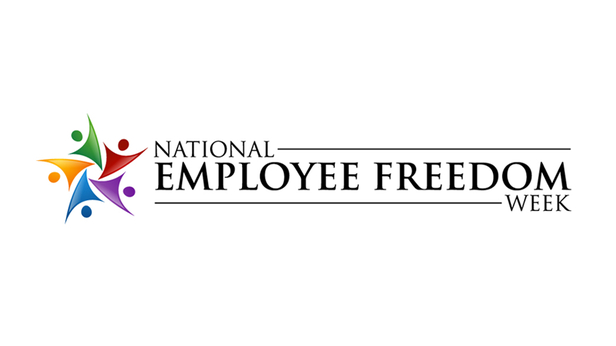 by Brett Healy and Nick Novak

A version of this column originally appeared in the Wisconsin State Journal and the Milwaukee Journal Sentinel on Sunday.

Power was taken away from Big Labor special interests in March and handed back to the dedicated workers of Wisconsin. When Gov. Scott Walker signed right-to-work legislation, it gave back workers their own voice — and more freedom.

Right-to-work states perform better in nearly every economic category than states that allow unions to force their citizens to join a union.

But the most important part of the law is that choice was given back to the worker. Instead of being forced to join a union as a condition of employment, right-to-work gives workers the freedom to choose whether or not they want to join a union and pay dues without fear of losing their job or any other penalty.

Because of this, right-to-work has proven in state after state that it is good for the economy and good for the worker.

Unfortunately, not everyone in Wisconsin is aware of the significant freedoms they now have. Even with the state’s historic labor reforms dominating the news over the past few years, one in five union households is unaware they have the ability to opt out of union membership.

That is why The John K. MacIver Institute for Public Policy in Wisconsin, along with nearly 100 other organizations in 40 states, are celebrating National Employee Freedom Week this week.

Luckily, in Wisconsin, both private- and public-sector employees have the right to choose if they want to be in a union. If workers understand their options, they can do what they think is best for them and their family.

One such Wisconsinite who has exercised her freedom to leave the union is Amy Rosno. In her 19 years of teaching at a public school, she has spent the past decade working with the virtual school program in Waukesha.

As a virtual school teacher, she felt the union did not have her best interests at heart and noticed most of the union’s meetings were simply about politics — not education. So after Act 10 became law — giving public employees the freedom to leave their union entirely — Amy did just that.

What is best for workers’ families may not be best for the union bosses, however. That is exactly what we have seen in Wisconsin.

Since the state’s collective bargaining reforms passed, membership in Wisconsin’s biggest teachers union has dropped by more than 50 percent. The Wisconsin Education Association Council went from 98,000 members before 2011 to about 40,000 today.

If unions were providing a valuable service to their members, more than half wouldn’t leave when finally given the ability to do so. The truth is, there are organizations that can provide similar services at a fraction of the cost.

For instance, teachers can get insurance and professional development training through other groups such as the Association of American Educators and Christian Educators Association International. Each group offers liability insurance for about $200 a year — far less than what joining a union costs.

Workers need to know their options. That is why all workers should visit EmployeeFreedomWeek.com to find out more.

Workers deserve a true voice fighting for their rights. And in this case, that voice is their own — not that of the union bosses.

Healy is president of The John K. MacIver Institute for Public Policy. Novak is MacIver’s director of communications.