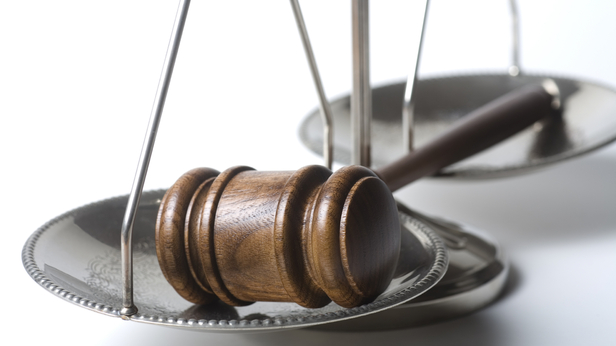 “I think the word ‘freedom’ came out of my mouth because I saw it in front of me. I saw the freedom that we were looking for. And every person was sharing it, and so that word came out.”
– Richie Havens, Rolling Stone interview

The state Supreme Court announced Thursday a four to two decision to end the “second John Doe,” the coordinated secret investigation, political in nature, into the issue-advocacy activities of Wisconsin conservatives. July 16, 2015, should be commemorated in Wisconsin as holiday celebrating the return of the First Amendment.

It is a long-established practice of so-called Progressives to confront speech they do not like by trying to silence the offending voices. The Progressives attempted to reinstate the “Fairness Doctrine” and tried other tactics to attempt to silence conservative talk radio. Campus speech codes circumscribe debate while angry leftist mobs shout down public speakers. They organize boycotts and public ostracizing for anyone daring to not conform to leftwing orthodoxy, no matter how recently it changed.

Here in Wisconsin the assault on free speech took a more ominous turn when a rogue partisan prosecutor in Milwaukee, District Attorney John Chisholm, unleashed the power of the state upon the Progressives’ political enemies. An unaccountable prosecutorial tool, the John Doe process, was used to harass conservative individuals and organizations. Chisholm also enlisted the assistance of another unaccountable agency, the ironically-named Government Accountability Board (GAB), to provide an investigator to probe into the lives of citizens whose only crime was participating in democracy.

It’s more than just the tactics that were used. Multiple victims of this unwarranted prosecution have told of the abusive tactics used to invade their homes, intimidate the occupants and seize property including children’s computers. One target of the investigation, Cindy Archer, told how she was alerted to the police readying to battering ram her front door to serve the warrant as if she was a dangerous drug dealer. The teenage son of another target was not allowed to call his parents to let them know that the police were invading the home.

It’s more than the invasions of privacy by the investigation. The investigators collected and combed through the emails of the John Doe targets without their knowledge. The personal information of the targets and anyone tangentially related to them were at risk of being leaked or even publicly “dumped” as part of the process.

It’s even more than the unaccountability of the process. From Judge Barbara Kukla who signed off on the investigation with the concern of Louis XVI filling out his hunting diary to the GAB’s decision to hire an investigator, possibly exceeding their authority, the only check on the GAB and Milwaukee DA John Chisholm was the limits of their imaginations. In their hubris they even considered expanding the investigation to include WTMJ radio’s Charlie Sykes and national talk show host Sean Hannity.

The process only came to an end when the victims had the will and the means to fight back. It took lawsuits and an appeal to the state Supreme Court to finally end the investigation. Other targets of an investigation like this may not be so lucky to have the ability to fight for so long for their rights.

The heart of the issue is how conservatives were selectively targeted and vilified by the abuse of state power to stop unwanted political speech. In that, the John Doe process was a success as the investigation made it harder for conservatives to exercise their First Amendment rights. Groups like Wisconsin Club for Growth found it harder to fundraise and then speak out on the issues while leftwing groups like Citizen Action and One Wisconsin Now continued their activities without fear. Prosecution as a tool of political persecution is a tool of Vladimir Putin, not a Wisconsin tradition.

We can focus on the process. Republicans should certainly regret ever consenting to the formation of the GAB. An audit in 2014 by the Legislative Audit Bureau found that the organization failed to do sixteen post-election reviews required by law and staff failed to keep GAB regularly informed of enforcement efforts. Executive Director Kevin Kennedy’s contacts with disgraced ex-IRS official Lois Lerner would be enough to raise concerns but the Wall Street Journal also reported GAB staff asked the IRS to investigate conservative organizations.

GAB Chairman Judge Gerald Nichol’s attempt to defend the John Doe investigation in a statement that they were only following an interpretation of the law in place since Buckley v. Valeo is considering that it was that court decision that defined express advocacy of a candidate. And the Supreme Court stated plainly the investigation was completely without merit: “It is utterly clear that the special prosecutor has employed theories of law that do not exist in order to investigate citizens who were wholly innocent of any wrongdoing.”

Legislative Republicans are also correct when they point to the overly broad powers of the John Doe investigation. Legislation that would narrow the scope and duration of such an investigation would be welcome. Legislators should also question whether a Star-Chamber-like process is appropriate for cases involving political processes or if the investigations should always be conducted openly.

But we should not lose sight of the human factor. Whether or not Chisholm’s wife played a role in motivating the district attorney to pursue Governor Scott Walker’s supporters, the actions of Chisholm, Kennedy and special prosecutor Francis Schmitz disqualify them from any further public service.

The abuse of the state’s prosecutorial power to further political ends is anathema to a healthy democracy. Once exposed, officials who engaged in this behavior have an obligation to resign. Unfortunately if Chisholm, Kennedy and Schmitz had that sense of responsibility they never would have engaged in the investigation in the first place.