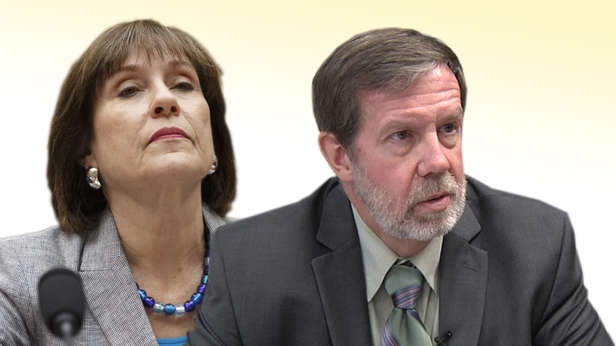 [Madison, Wisc…] The Wisconsin Government Accountability Board is in hot water with the legislature after the Wall Street Journal uncovered the secret, professional relationship between former IRS Director Lois Lerner and GAB Director Kevin Kennedy.

The Co-Chairs of the Joint Committee on Finance, Senator Alberta Darling and Representative John Nygren, reacted, “We have completely lost confidence that the GAB can be trusted to operate in a non-partisan manner for the citizens of the state of Wisconsin with Kennedy in charge. In order for the GAB to return to its original mission, Kevin Kennedy must go.”

The WSJ’s discovery comes from a US Senate review of 6000 of Lerner’s emails once thought to be lost. Some of those emails were correspondence between Lerner and Kennedy discussing donor disclosure, Wisconsin’s recall elections, and even coordinating dinner appointments, according to WSJ.

The connection was completely unsuspected, although not unbelievable. Lerner and Kennedy do have a lot in common. On the federal level, Lerner is accused of being behind IRS strong arm attacks on conservative organizations. On the state level, the GAB is accused of coordinating efforts to attach conservatives in Milwaukee with the John Doe investigation.

“The published reports are anything but surprising. We have repeatedly seen unethical behavior from the very agency that is supposed to be the state authority on ethics and elections,” Assembly Speaker Robin Vos and Representative Dean Knudson wrote in a joint statement released Friday.

JFC added “It’s time for Kevin Kennedy to resign. A December audit of the GAB by the non-partisan Legislative Audit Bureau exposed real problems under his leadership. The report proved what we suspected all along, the GAB is a rogue agency that ignores state law and operates against its founding principles. Today’s revelation proves the situation is worse than the audit showed.”

Calls for reforming the GAB are not new. Sen. Scott Fitzgerald talked to the MacIver Institute about it two and a half years ago, after the way recall elections were conducted lead to a long list of greivances. Nothing ever came of those concerns. However, Vos and Knudson want to renew the effort.

“Now that the state budget is complete, it’s time to double down on finalizing the necessary reforms for the GAB so the bill can be ready for consideration this fall. Those reforms will include a means to change the way the GAB operates. The agency leadership needs to be accountable to the GAB board and the board needs to be accountable to the legislature and the citizens of Wisconsin,” Vos and Knudson wrote.