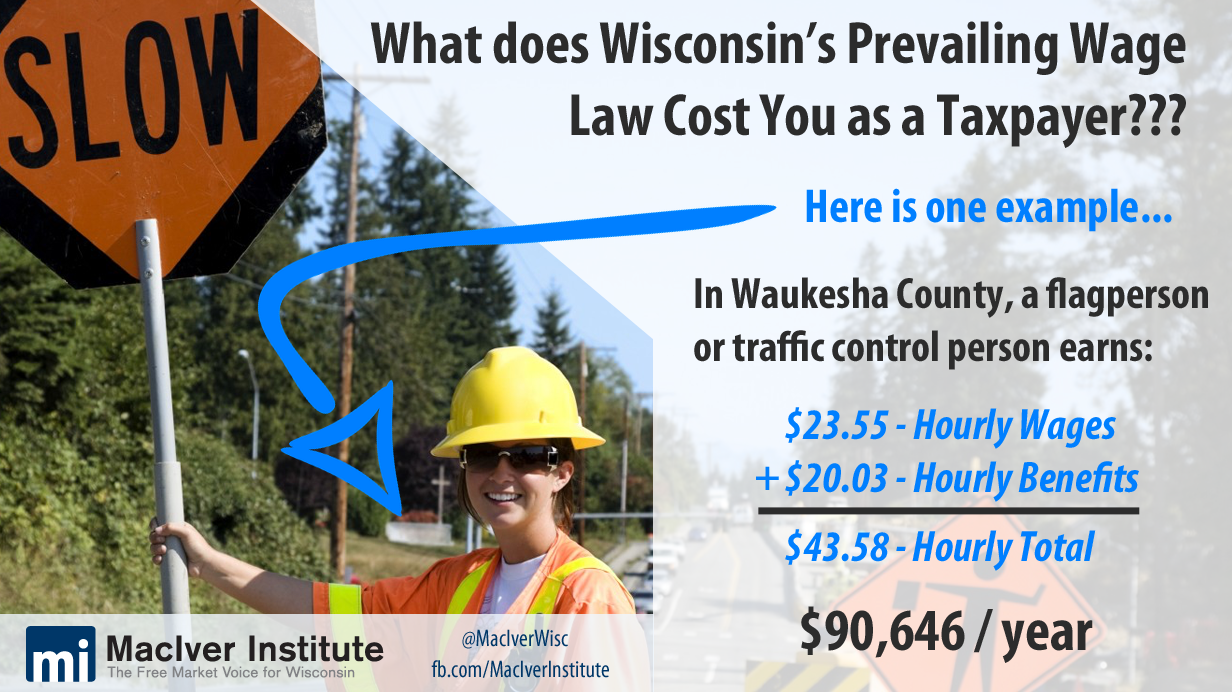 [Madison, Wisc…] As the Joint Committee on Finance continues to delay a final decision on Department of Transportation spending, a deal on the new Milwaukee Bucks arena and a possible repeal of the state’s prevailing wage law, the MacIver Institute decided to look into what prevailing wage pays some workers.

In this instance, MacIver looked at road construction flaggers/traffic control personnel. While construction paid for with federal funds would be covered under the Davis Bacon Act, there are still quite a few projects around the state that Wisconsin taxpayers cover. In those cases, you the taxpayer are paying a pretty penny to the individual directing traffic around a closed lane.

In fact, in Waukesha County, Wisconsin’s prevailing wage law requires taxpayers to pay flaggers $23.55 per hour in wages and an additional $20.03 per hour in benefits. That is the equivalent of earning $96,646 a year if they worked full time for the full year.

Around the state, these individuals make similar amounts. In Washington County, a flagger would make the equivalent of $90,334 a year in wages and benefits. In Racine County, it is $90,043 a year.

Folks in Dane County and Brown County – home to Green Bay – unfortunately for them earn a little less. Flaggers in these counties would only make $87,152 a year in wages and benefits if they worked full time.

Finance Committee members are expected to be in next week to make final decisions on the budget. It is still unknown if a full repeal of prevailing wage will be included.