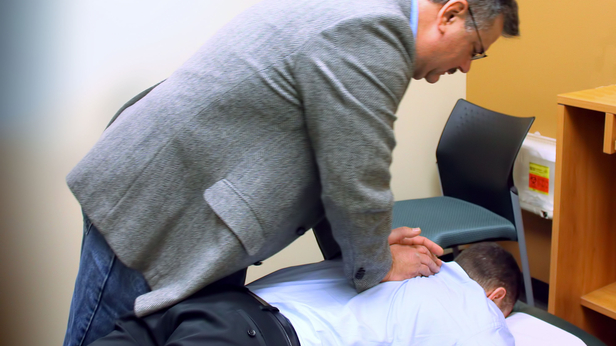 Everyone is on pins and needles waiting to find out what special favors are going to be slipped into the state budget at the last minute. We learned last week Republicans will not be including a special favor for liquor wholesalers. But now Assembly Speaker Robin Vos is considering elevating the status of the state’s chiropractors at the expense of higher health care bills for everyone.

Chiropractors are pinning their hopes on a proposed change to the law that redefine primary care physicians to include chiropractors under the state’s definition. Under the current law, a primary care physician “means a physician specializing in family medical practice, general internal medicine or pediatrics.” Now it would include chiropractors, a branch of alternative medicine that does not have scientific backing for the treatment of ailments beyond back and neck pain.

The proposed change to the law would also require insurance companies to pay chiropractors the same as primary care physicians, and would require more red tape to confirm compliance with the price fixing. With this change in the law, equal compensation for chiropractors would be phased in over three years starting January 1, 2016 at 80% of the average for primary care physicians. By January 1, 2017, it would climb to 90%, and it would go to 100% by 2018.

The provision ignores primary care physicians are not compensated the same by insurance companies, and that compensation pricing relies upon many factors including how prices are negotiated with health care facilities as a whole, as well geographic factors. The proposed change in the law would interfere with what little of the market remains in the health care economy to set prices as far as physician compensation.

Mandated price increases are the last thing the health care market needs. Mandated higher fees for chiropractors means higher insurance costs for everyone, from employers to individual consumers. It would be ironic if Republicans who opposed Obamacare because of increased insurance premium costs turned around and approved a measure that would directly impact insurance premium costs.

As part of the proposal, chiropractors are also demanding “any willing provider” be included as part of the package. That would mean that insurance companies would not be able to exclude a healthcare provider from coverage even if they previously had reasonable cause to exclude that provider in the past. If the health care provider has a history of overbilling, for example, the insurance network is still obligated to accept that provider if a patient wants them.

The “any willing provider” change in the law will also undermine the ability of insurance networks to negotiate with providers to control costs. Negotiations would be rather one-sided if the insurance company could not reject the provider.

Chiropractors are even asking that the names and the credentials of their fellow licensed chiropractors be revealed if they participate in the decision by an insurance company to deny or limit chiropractic coverage for medical reasons. In the memo from the Wisconsin Chiropractors Association to Vos saying what changes in the law they want, they said, “We are suggesting that the proposed legislation only address this right with regard to chiropractors, not all providers.” Obviously revealing those names could open them up to harassment, outside pressure and even ostracizing by peers and believers in chiropractic medicine.

It could have been worse. At one point in the discussions there was consideration of including chiropractic medicine as an insurance mandate, something that Obamacare does not even do.

As it stands, services provided by a chiropractor must be covered if the same services are covered when performed by a physician or osteopath. To be covered, a referral to a chiropractor by a primary care physician is not required. So despite practicing alternative medicine that is not scientifically based, chiropractors still benefit under the existing law.

But now is not the time for Republicans to knock out the underpinning of cost control efforts by Wisconsin’s insurers and employers. Mandating that chiropractors be included as a primary care physician when they do not have a general medical background doesn’t make sense. Nor does attempting to fix prices so chiropractors are compensated at the same level as existing primary care physicians. It’s time to stick a pin in this idea before it’s included in the budget.