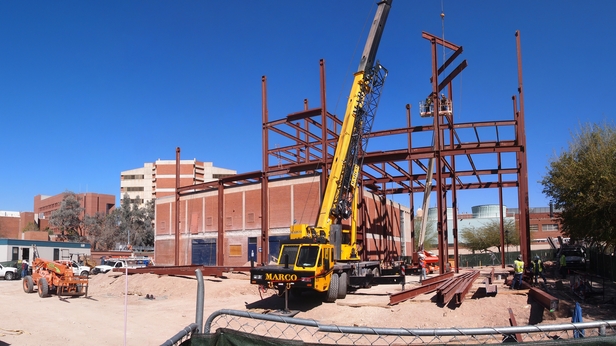 For some occupations, 2014 prevailing wage rates were almost double rates found by a federal survey

[Madison, Wisc…] Although supporters of prevailing wage claim the rates are intended to be typical for occupations in specific locations, data from the Bureau of Labor Statistics calls into question how typical those rates really are.

In order to determine what’s typical, the Wisconsin Department of Workforce Development (DWD) conducts surveys and calculates an average to use for the prevailing wage rates. Meanwhile, the federal Bureau of Labor Statistics does their own analysis of average wage rates using different survey methods for the benefit of researchers and policymakers.

The MacIver Institute used both these sources to compare the “average” wages for various occupations in Milwaukee, Madison, and Green Bay for 2014. In almost every example, DWD’s prevailing wage rates were higher than what BLS determined. The biggest difference was for carpet installers in Milwaukee, who earned nearly twice the BLS average wage when working on prevailing wage projects.

BLS conducts its survey twice a year and has a 74.3 percent response rate. DWD conducts its survey once a year and has about a 10 percent response rate. The DWD further skews their paltry survey results by calculating median wage rates and benefits from only the highest 51 percent of earners in the surveys. That means nearly half of the 10 percent of survey returns isn’t even considered.

Unfortunately for Wisconsin’s taxpayers, BLS information isn’t considered either when coming up with prevailing wage rates. In the end, taxpayers pay wages that only the biggest construction firms pay, which are mostly union rates.

As the legislature’s Joint Committee on Finance (JFC) continues to debate the state budget, it is possible that a repeal of the prevailing wage law could be included. JFC is expected to meet later this week to make final decisions on the budget before it goes to the full Assembly and Senate for final passage.

Note: The tables below include 18 occupations for Milwaukee, 12 for Madison and 13 for Green Bay. In compiling these tables, the MacIver Institute began with the complete list of occupations on the DWD prevailing wage lists for each area in 2014. Occupations were eliminated from the final tables when BLS did not have sufficient data available for those locations to determine an accurate mean. That is why some locations have more occupations included than others.