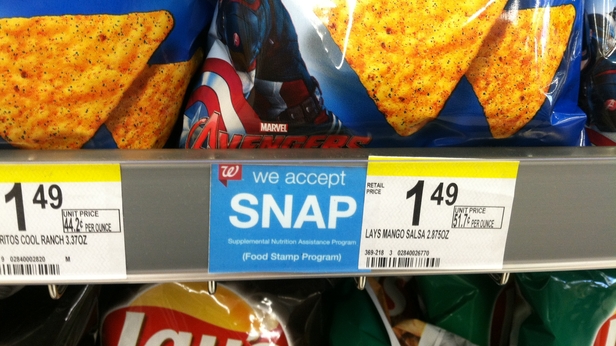 [Madison, Wisc…] An assembly bill that would seek to limit junk food purchases made with Food Share benefits passed out of committee Wednesday afternoon.

The bill would request a waiver from the federal government to implement a program that limits two-thirds of Food Share purchases to a preapproved list.

Debate lasted for almost two hours, with 17 amendments introduced. Items like all poultry and all potatoes were included on the official list of approved foods. A special effort was made to include Wisconsin produced food items as well like cranberries and all dairy products (which includes ice cream). Those amendments were also approved.

Other amendments sought to carve out exemptions, including one that would allow doctors to write notes exempting patients.

“Maybe they’ll be as available as the doctor’s notes on the street corner,” the committee chair, Rep. Mark Born (R-Beaver Dam) commented, referring to a MacIver News story from 2011.

“Wow! Blast from the past,” Rep. Andy Jorgensen (D-Milton) said. The amendment was defeated.

All five Democrats on the committee voted against the bill. Jorgensen pointed to unknowns in the fiscal estimate, he said was not made available until earlier that day.

The fiscal estimate, provide by DHS, states “it is likely that these costs for Wisconsin would total several million dollars.”

It pointed to a similar pilot study in a single county in Massachusetts, which cost $4.1 million.

These arguments convinced Rep. Adam Neylon (R-Pewaukee) to vote with Democrats in opposition to the bill. Jorgensen pointed out both he and Neylon had voted for a similar bill last session.

Born pointed out that the bill is to request a waver in order to develop the proposed program. Because that program has yet to be developed, he explained, that is why no definite costs are currently available.