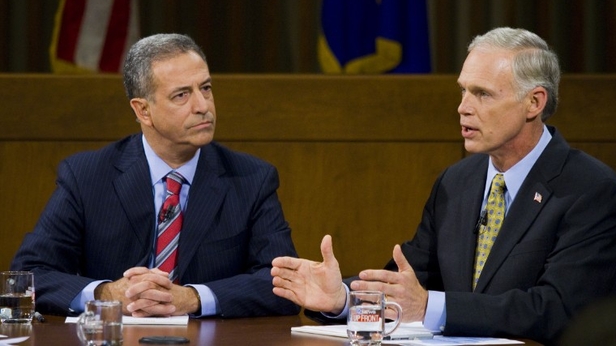 The entry of former Senator Russ Feingold into the 2016 race against incumbent Senator Ron Johnson is more than just a rematch of the 2010 Senate race. It’s another reminder the First Amendment to the Constitution is being threatened by liberals.

School children learn that one of our darkest moments at the founding of our country was the passage of the Alien and Sedition Acts. We all remember those, right? The sedition act was the most heinous because it banned criticism of the federal government in the name of national security.

Of course, Congress eventually regained its senses and allowed the law to lapse. Free speech was restored under President Thomas Jefferson, our first Democratic president. Unfortunately, the law was used in the prosecution of critics of the Federalists before its demise.

Roughly two hundred years later, the First Amendment to the Constitution is again under attack. The “Bipartisan Campaign Reform Act of 2002,”attacked free speech by limiting the ability of citizens to joint together in corporations to speak on political issues. The law also prevented issue-oriented organizations from even mentioning candidates for office sixty days before an election.

While it was the House version that passed, the law is commonly known as McCain – Feingold named after the Senate authors, including the former Senator from Wisconsin seeking to make a political comeback. Fortunately, the Supreme Court rejected key elements of the law in a series of decisions including Federal Election Commission v. Wisconsin Right to Life, Inc., which ended the ban on mentioning a candidate’s name sixty days from an election, and Citizens United v. Federal Election Commission, which banned corporations from speaking on political issues.

The latter case is especially interesting with the announcement by former Secretary of State Hillary Clinton of her campaign for president. Citizens United made a film called Hillary: The Movie and wanted to advertise and show it during the Democratic primaries in 2008. Because of McCain-Feingold, the movie was not allowed to be shown.

Now Clinton, the likely presidential nominee of the Democratic Party, has come out in favor of amending the Constitution to limit free speech she does not like. Clinton joins her former Democratic colleagues in the Senate who actually voted on a proposed constitutional amendment. In addition, Clinton told a group of supporters last week that overturning Citizens United will be a “litmus test” for her judicial nominees.

Clinton’s primary opponent, Senator Bernie Sanders, voted for the constitutional amendment and also promised to require any nominees he might pick for the Supreme Court to commit to overturning Citizens United.

Feingold attacked the Citizens United decision but in 2010 declined to endorse a constitutional amendment. Given the amendment’s support from his fellow Democrats, including the party’s leading presidential candidate, will Feingold change his mind? Or will he be satisfied with “just” approving members of the Supreme Court who will vote to roll back our speech rights?

Regardless of which method is preferred by Feingold, there is now a commitment by the likely presidential nominee, any of her declared rivals, Feingold and all of his possible Democratic colleagues in the Senate to take away the rights of their opponents to organize and speak against their policies. For the first time in over two hundred years, an entire political party is committed to either amending or curtailing the First Amendment.

Feingold’s candidacy also comes at a time when Wisconsin is a battleground for political speech rights. Milwaukee County District Attorney John Chisholm, also a Democrat, attempted to use the John Doe process to limit free speech. His efforts stalled in federal and state courts while the state Supreme Court considers lawsuits arising from the investigation, but not before dramatic raids on conservative activists’ homes seizing records and computers. Conservative political participation was effectively chilled as would-be donors wondered if they would be next to greet the dawn with FBI investigators on their lawn.

Liberalism is no longer in the spirit of Voltaire’s, “I do not agree with what you have to say, but I’ll defend to the death your right to say it.” Instead, we have to wonder how many campaign finance laws Feingold, Clinton and Sanders would create to silence the man today.

Free speech is meant to be more than Don Draper and Madison Avenue writing catchy Coca-Cola jingles. While working in Cuba, Christopher Hitchens was told by a musician he was free to write what he wished as long as he didn’t criticize Cuba’s leaders. Hitchens responded, “then all the rest was just detail.” Perhaps the left understood once what Hitchens was saying about the central importance of free political speech. They do not behave like it now.