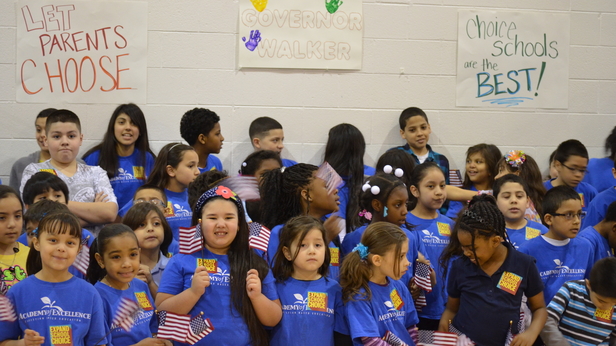 It was disappointing to read the results of the latest Marquette University Law School Poll regarding private school choice. The poll results showed 54% of the respondents opposed removing the caps on vouchers statewide while only 37% were in favor. That’s a reversal of the results from last October when 49% supported statewide vouchers without limits and 44% were opposed.

We can indulge ourselves by questioning the poll’s accuracy. After all, the same poll showed Right to Work only had 44% support with 50% opposed. I find that hard to accept given the Wisconsin Policy Research Institute poll in January that said there was 62% support for Right to Work.

Nonetheless, given the Marquette Poll’s history of accuracy and also the close division on school choice in previous polls, supporters of private school choice vouchers should be concerned. If out-state legislators support the governor’s proposal for a state-wide expansion of school choice, it won’t be because public opinion forced them.

The lack of popularity for private school vouchers is not that hard to understand. When they were originally conceived for Milwaukee, the thought was that the voucher program would foster healthy competition between public and private schools. However, Milwaukee Public Schools has expended more energy trying to quash competition than they have in improving the educational product.

Meanwhile, out-state legislators will probably note the poll result that 75% of the respondents say they are satisfied or very satisfied with their public schools. The number is higher when Milwaukee residents are excluded from the poll. In addition, the poll also shows respondents are more interested in more money for schools than they are in property tax relief.

So while most Wisconsinites are satisfied with their schools, they’re still under the contradictory impression that the schools need more money. And instead of seeing school choice as healthy competition that improves public, public charter and private schools, they see school choice as a competitor for resources.

Seeing public schools and private choice schools as two separate, competing systems is really missing the larger point of what we should be considering when discussing K-12 education policy.

Public schools are hardly one unified “system” as we would understand it. It’s really a collection of roughly geographic-based school groups, the school districts, competing with each other for students and resources. Their funding is a mélange of federal, state and local money whose purpose is not to fund a system but to educate students.

Nor are private choice schools a single system of schools. They can be part of a district or they can be stand-alone schools like Messmer High School. Whether sectarian or secular, these schools provide a wide range of alternatives from which parents can choose.

In between public and private we have public charter schools providing alternatives, including online charter schools. We also have open enrollment allowing parents to choose traditional public schools outside their own districts.

All of these are educational options, and they’re all part of the larger picture of educating Wisconsin’s students. If we expand private school choice statewide, we’re merely increasing the options for parents outside of Milwaukee, Racine, and limited availability elsewhere. In other words, all of these schools, public, private, charter, are parts of an increasingly complex system hoping to produce better educated kids and we should treat educational funding that way.

When we talk about failing schools, does it ultimately matter which group the school was in? Regardless, of whether it was public or private, in Milwaukee or in Rhinelander, if a child is in a school that has a 98% success rate of graduation and that child happens to be in the unlucky 2%, then that school wasn’t the right match.

What school choice supporters need to do is talk less about private and public schools as competitors and more about finding the right match for the right student. The message of finding the right educational setting for every student by giving parents choices is not only a winning message, but it focuses our attention on funding the education of children instead of so-called competing “systems.”