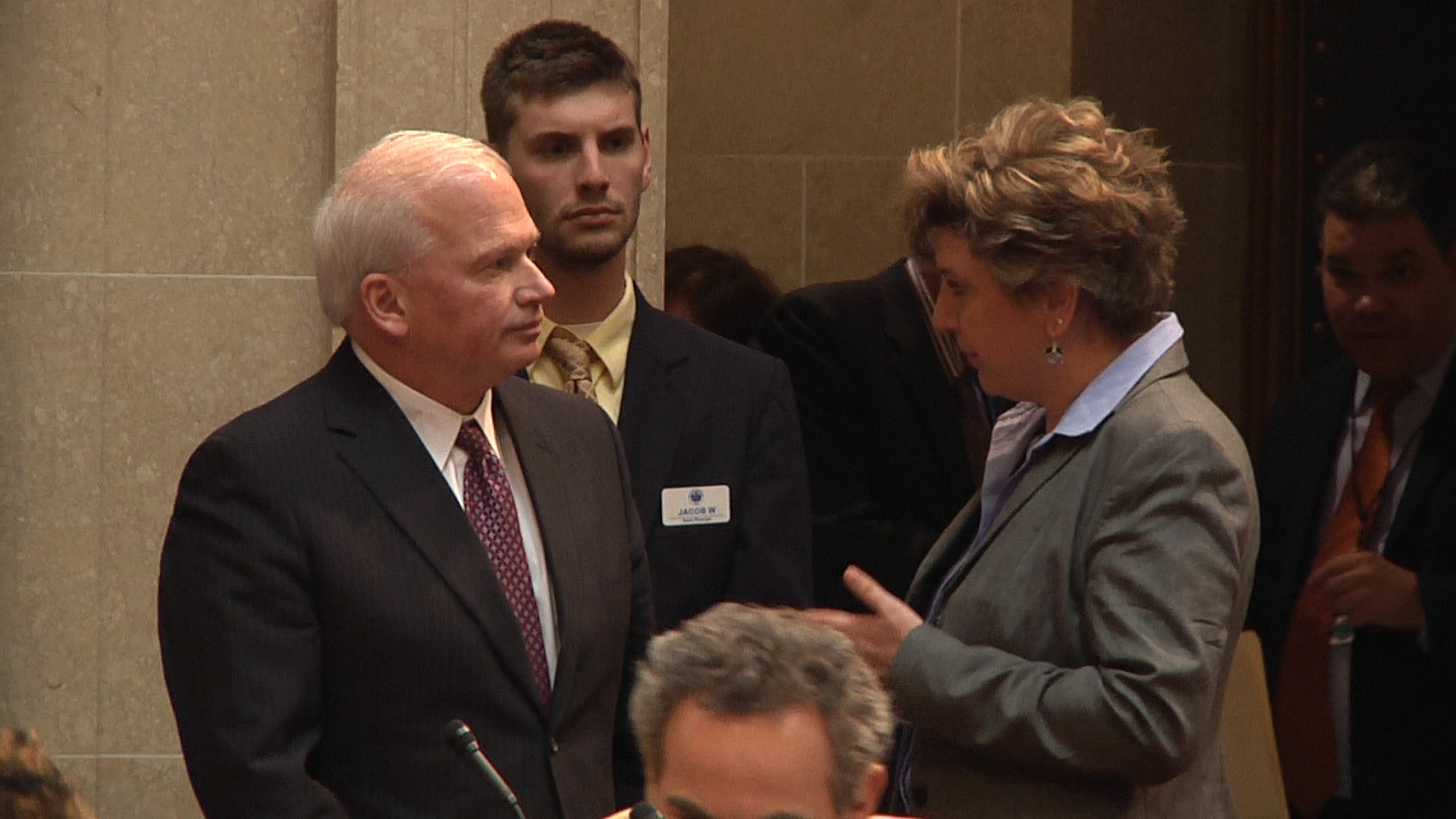 [Madison, Wisc…] The State Senate voted on Wednesday night to approve Senate Bill 44 (SB44), which would make Wisconsin the 25th right-to-work state in the country.

Right-to-work laws give workers to the freedom to choose whether or not they want to join a union and pay dues. SB44 would make it illegal to require employees to join a union or pay dues as a condition of employment.

The debate lasted for more than eight hours, with a final vote of 17-15. Every Democrat voted against the measure and offered seven amendments to the bill, which all failed. Sen. Jerry Petrowski (R-Marathon) joined the minority in voting against the bill.

Senate Majority Leader Scott Fitzgerald (R-Juneau) commended his fellow Republicans for their bravery in voting for right-to-work after two days of union-led protests at the State Capitol.

“Over recent months, supporters of the idea of Workplace Freedom have enumerated the many potential benefits to the state–more jobs, increased manufacturing output, and an overall better state business climate and stronger economy,” Fitzgerald said after the bill passed the Senate.

“But the heart of this issue is a simple matter of individual freedom: this legislation will ensure that Wisconsin’s workers have the sole power to determine whether they wish to belong to or support a labor organization, and ensure that they cannot be punished for that decision in their workplace.”

Democrats, however, claimed right-to-work would make Wisconsin worse off.

“Despite promises from Governor Walker and Senate Republicans, Wisconsin continues to fall behind our neighbors and a majority of the nation for jobs and wages because of their failed policies,” Sen. Dave Hansen (D-Green Bay). “Under RTW the quality of life for Wisconsin families will only get worse.”

The research shows that is not the case.

F. Vincent Vernuccio, Director of Labor Policy at the Mackinac Center for Public Policy in Michigan, testified at the Senate’s public hearing earlier in the week about the data surrounding right-to-work.

He later pointed out that wages are actually higher in right-to-work states, as well.

“If you factor in cost of living and purchasing power–if you actually look at the raw numbers but what those wages can buy in terms of food, clothing and shelter–workers in right-to-work states actually enjoy higher incomes than folks in non-right-to-work states on average,” Vernuccio continued.

The right-to-work bill will now head to the Assembly. A public hearing is scheduled for Monday at 10am. The Assembly is largely expected to pass the bill next week, and Gov. Scott Walker has said he will sign it.