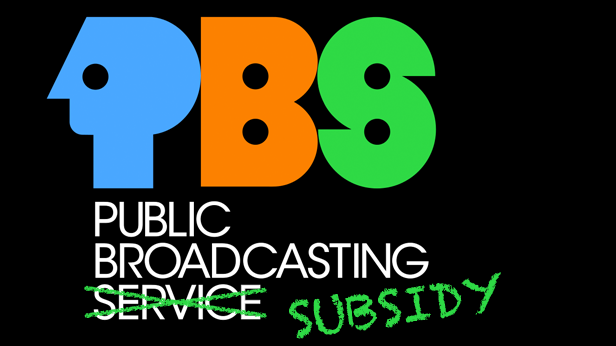 Watch out. If Governor Scott Walker has his way, Big Bird will be an unlucky prop at a Sarah Palin photo shoot. Christmas will be canceled at Downton Abbey. Players of the Antiques Roadshow Drinking Game will be victims of the new Prohibition.

A similar fate will befall public radio, where listeners will have to make the switch to crank-calling C-span. Terry Gross will be banished to skits on Saturday Night Live. All Things Considered will soon be Just Some Things Considered.

Congressman Marc Pocan even accused the governor in an email to the Wisconsin State Journal of trying to kill public broadcasting. “I’m disappointed Gov. Walker is using the guise of saving taxpayer dollars to silence Wisconsin Public Radio and Wisconsin Public Television.”

The doom and gloom stems from Walker’s plan to cut state support for public broadcasting. Walker is proposing to cut The Educational Communications Board, which operates Wisconsin Public Television and Wisconsin Public Radio, by a little over $5 million for the biennium. The cuts are targeted towards the broadcast entities, keeping in place funding for the amber alert system and Wisconsin Media Lab.

The proposed cut does not “silence” public broadcasting. Wisconsin Public Radio gets 24% of the $18 million they need for their operations from the taxpayers, or $4.3 million annually according to their website. Our friends at Wisconsin Public Television estimated that 36% of their budget comes from state funding, up from 20% in 2011. Meanwhile, programming revenue and viewer contributions are down as a percentage of their overall budget, both areas where public television could make up the revenue.

Despite the hysteria, Walker’s proposal does not end the state subsidy for either broadcast entity. That’s unfortunate. Public broadcasting is a leftover from the last century, and the government should be moving to eliminate the public subsidy entirely. Instead, because of bureaucratic inertia or a misguided sense of entertainment entitlement, public broadcasting continues to be subsidized in its competition against an ever increasing array of entertainment and news alternatives.

Public television came of age back when televisions had tuning knobs that could find three local stations. The only signal available came through an antenna and it didn’t even have the digital alternatives. Today you can buy a television that not only hooks up to a cable or satellite signal provider in minutes, they have access to a world of alternatives on the internet.

Who needs public television to provide Downton Abbey when Netflix, Hulu or BBC America will happily do it for you? Hey, look, it’s every episode of Fawlty Towers whenever I want, and it’s just a click on the remote control to get it.

Meanwhile, it would be interesting to survey those who lament the lack of a liberal alternative to talk radio to see if they’re still willing to subsidize public radio. What would Sly Sylvester do to get a significant share of the estimated 450,000 public radio listeners in Wisconsin? When Sylvester hears the taxpayer-subsidized voice of Joy Cardin broadcast on Madison public radio, does he want to club his radio like a halibut? I know it’s hard to generate sympathy for Sylvester (and the good news is he hasn’t asked for any), but at least none of us has to give up one cent for others to listen to him.

Opposing the proposed cuts, National Educational Telecommunications Association executive director Skip Hinton told the Associated Press that nationally, “There is no trend in cutting.” He pointed to Indiana and Florida as states with Republican governors that are adding money to the public broadcasting budget. As my mother used to say, if Florida and Indiana jumped off the cliff, why should Wisconsin be dumb enough to follow?

Or could we just follow the good things those states do? Florida doesn’t have an income tax and Indiana just became a Right to Work state. Those would be the right trends to follow.

Even if Walker’s cuts make it through the budget process, we’ll still have public radio and television in this state. Even if the legislature were to eliminate all state taxpayer subsidies for public broadcasting in Wisconsin, listener and viewer contributions will still keep public broadcasting going. Children will still have Sesame Street and parents will still be able to buy bad rooster art on the Great TV Auction.

On the other hand, we’re all public radio members whether we like it or not. It’s just some people get a coffee mug and the rest of us just pay for them through taxes. It would be nicer for the rest of us if we only paid for public broadcasting voluntarily.