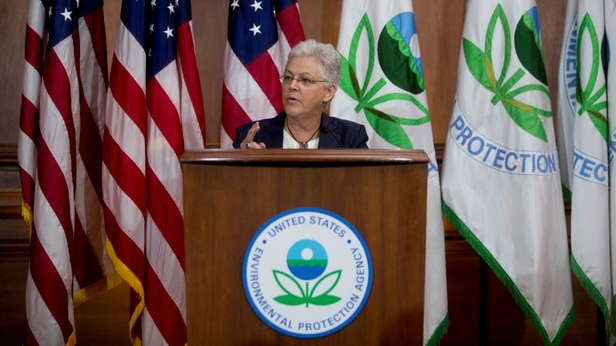 Wisconsin to Lose More than 50,000 Jobs if Rule is Implemented

President Obama took executive action on June 2 to implement the new EPA regulations, effective January 2015. The proposal is part of the President’s plan to act on climate change. After the new regulations failed to pass in the U.S. House of Representatives, Obama utilized executive authority. But the proposed 30% reduction in carbon emissions has several manufacturing states feeling uneasy.

To comply with regulations, Wisconsin would have to reduce carbon emissions by 34%, putting stress on electricity producers and ratepayers. The state would also stand to lose 11,702 manufacturing jobs by 2023 according to a Heritage Foundation report released in March. Another report, released by the National Association of Manufacturers (NAM) recently, claims Wisconsin would lose up to 52,031 jobs in total.

That same NAM report explains that Wisconsin would have to shut down 49 percent of its coal-fired generating capacity. To make up for the loss in coal-fired energy production, manufacturing companies would have to switch to natural gas, increasing natural gas prices up to 32 percent.

The Metropolitan Milwaukee Association of Commerce (MMAC) has united with other major metropolitan chambers throughout the Great Lakes region to form the Great Lakes States Metro Chambers Coalition in an effort to voice their opinion on the effects of these regulations.

Steve Baas, Vice President of Government Affairs for MMAC told MacIver News Service, “No region of the country stands to be more dramatically impacted by the EPA’s new carbon rules than the Great Lakes. As chambers representing the major metropolitan areas within that region, we felt it was critical that we articulate our concerns over the impact these proposals could have on our economic competitiveness.”

Twelve states including Ohio and Indiana are suing the EPA over the proposed rule to limited carbon emissions. However, Wisconsin is not one of the twelve states suing the federal government.

Also included in the Clean Power Plan is a 1.5% annual reduction target for state energy consumption.

“As a state’s economy improves, so too does its energy consumption, which leads to increased CO2 emissions,” Wolking pointed out in his testimony. “Will a state be penalized if it has worked hard to build a growing economy?”

“America is on the cusp of energy independence,” Tiffany said. “Let’s not waste this opportunity for miniscule benefits when the costs are huge.”

Those concerned about the proposed regulations can submit comments using the EPA’s Federal eRulemaking portal. Instructions on using the portal can be found here. Comments may also be submitted via email, fax, direct mail, or hand delivery.