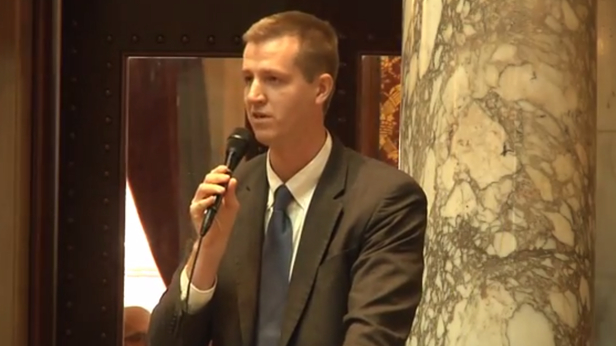 Last year many Wisconsin residents celebrated Wisconsin’s first measurable tax cuts in nearly a decade. In addition to cutting taxes, progress was made in simplifying the tax code as evidenced by the elimination of 17 tax credits, downsizing from five to four tax brackets and eliminating Wisconsin’s depreciation schedules in favor of adopting federal standards. In just over two years, Wisconsin went from billions in the red, to cutting both income and property taxes.

I am pleased we were able to accomplish what we did. At the risk of being the “fly in the punch bowl,” let me state we still have a significant problem. Wisconsin by any measure remains a high tax state.

The praise received for cutting taxes is notable and fair because it signified a significant change in trajectory. However, we can’t kid ourselves, we still have yet to fully implement a pro-growth tax code. It’s analogous to being proud of your 16 year old son for turning off the television and heading off to clean his bedroom, but his bedroom is still a mess.

We should celebrate the victories, no matter how small, but we shouldn’t be satisfied with small.

For example, let’s take a look at our reality versus Illinois.

In 2010 Illinois raised their 3% flat income tax to 5%. The tax increases were sold as a temporary fix in order to weather the recession. Despite Gov. Patrick Quinn’s efforts to keep the tax increases permanent, the majority of the tax increases will roll back effective January 1, 2015. So in just a few months, Illinois will have an individual income flat tax of 3.7%. Wisconsin has four brackets ranging from 4% to 7.65%.

There are factors that complicate an apples to apples comparison such as standard deductions, exemptions and certain tax credits, but the stated rates still highlight a significant problem. Illinois’ top tax rate, which are levied on Illinois millionaires, will be lower than Wisconsin’s lowest tax rate levied on low-income working families. Wisconsin’s top rate of 7.65% is more than double the rate of Illinois’ 3.7%. That’s staggering.

Although we have been cutting taxes, the Republican tax cuts have actually made the Wisconsin tax code more lopsided.

Since 2012 Wisconsin’s bottom bracket was 4.6% and today the rate is 4%, but the top bracket which was created by Gov. Jim Doyle was only peeled back .1% from 7.75% to 7.65%. At this rate, our top bracket will be as low as Illinois’ top rate in 39 years. We can’t afford to wait this long. It’s time to repeal all of Jim Doyle’s tax increases, including the top bracket which he created.

Why should we continue to push for lower taxes? Because our approach is working.

Wisconsin has been realizing economic growth since January 2011, a stark contrast to the Doyle – Burke years. Last week Briggs & Stratton announced they are moving hundreds of jobs from Georgia to Wisconsin. When was the last time you heard a manufacturing company moving jobs from the south to Wisconsin? In all fairness it is unlikely Illinois can keep their taxes at their present levels. Once the Democrats are past the November election, and their dire pension situation continues to deteriorate, they will revert to raising their taxes. Here in Wisconsin we have challenges, but our pension fund is 100% funded and is structured in a way that makes it easier to absorb unfavorable market fluctuations.

However, we need to substantially lower taxes across the board for all Wisconsin taxpayers. It’s time for Republicans to rally around a comprehensive and bold strategy to turbo charge our economy.

Here are some ideas on how we get there.

We need to cut expenses. To date, all tax cuts have been paid for by utilizing the growth in receipts from a growing economy. However, there is not a single state without an income tax that spends more per capita than Wisconsin. Second, we need to continue the elimination of certain tax credits and deductions in favor of broad based tax relief.

The tax code is cluttered with small, special interest carve outs. They need to go.

Third, as the economy continues to grow the additional revenue should be leveraged to pass additional tax cuts. The tax cuts should be in proportion to the taxes paid. There is no tax cut plan which will shield conservatives from the “tax cuts for the rich,” attack, so let’s go ahead and make the tax code less progressive and more equitable for all. We shouldn’t apologize for putting more money in the hands of the private sector taxpayers who earn the income in the first place.

We cannot message our way to prosperity. Robust economic growth will only be fully realized when substantial and substantive tax changes are in place. Republicans have reversed the tax and spend trend in Madison. We’re making progress, but it’s time to enact bolder tax reforms.

State Representative Dale Kooyenga represents Brookfield, Milwaukee and Wauwatosa in the WI State Assembly. He is a CPA, Iraq war veteran and has an MBA from Marquette University. Follow on twitter @DaleKooyenga.