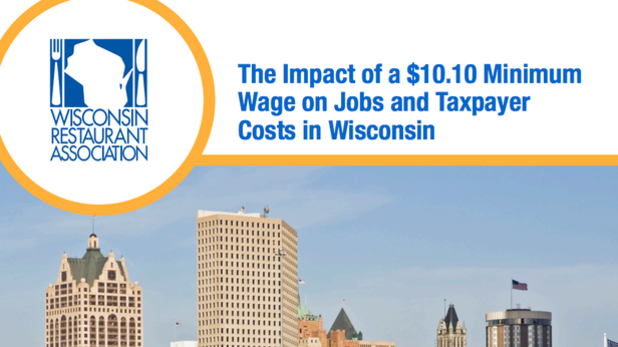 Almost 2,000 Jobs Would Be Lost In Milwaukee Alone

Earlier this year, Rep. Corey Mason (D-Racine) and other state democrats introduced a bill that would increase the minimum wage in Wisconsin from the current $7.25 to $10.10 an hour. Today, the Wisconsin Restaurant Association published a study, conducted by economist David Macpherson of Trinity University that shows the impact the proposed $10.10 minimum wage would have on the Wisconsin workforce.

In the most recent study, Macpherson also noted that an increase to a $10.10 minimum wage would impact the wages of 34,000 state and local government employees. A $10.10 increase would cost Wisconsin taxpayers over $69 million dollars annually.