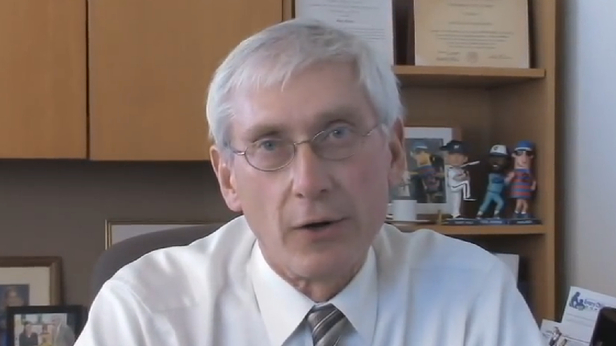 Like many relieved parents, my wife, the Lovely Doreen from Waukesha, looked forward to the end of the school year. My son has just completed another year of online charter school and we’re just waiting for the final report card.

Report cards are a lot different from when I was a kid in school. Of course, my report cards were on stone tablets. But all kidding aside, parents are getting more and more confused about report cards. I remember one year the teacher handed me a report card for one of my kids and I asked, “Okay, but can the kid read and do math?”

That’s why it was good news when the state Department of Public Instruction recently was commended for the report cards they issued for the state’s public schools. A report by the Education Commission of the States put the state’s report cards in the top six in the country for readability by parents.

In the June 2nd DPI ConnectED email newsletter, Evers said, “I am especially pleased that Wisconsin was named by parents as having one of the best report cards. They are the target audience of this data and providing it to them in an accessible fashion is critical.”

The newsletter also said, “Additionally, that report put the state in the top nine for overall public school accountability systems.”

That’s good to hear that the report cards are praised so highly because during last year’s budget debate Evers had an entirely different view of the report cards. That’s when Governor Scott Walker actually wanted to use the report cards to hold schools accountable. His plan was to allow students in districts with two or more schools with ratings of “fails to meet expectations” or “meets few expectations” to enroll in private schools instead.

And, according to Evers, the report cards are also good enough to include private schools participating in the Choice programs.

But if the state actually wanted to use the report cards to allow kids to participate in a school choice program to escape a failing public school, then Evers does not think the report cards will be ready for years.

It’s not just a matter of being for the report cards before he was against them before he was for them. What should concern policy makers is Evers’ willingness to say anything to try to stop school choice expansion, even if he has to twist himself into a pretzel.

Of course, Evers has never hid his hostility to school choice. He misrepresents the data regarding student progress in choice schools. He begrudges any dime that is spent on a student outside of a public school and he has consistently fought choice expansion. The only schools he seems to want to hold accountable are choice schools.

Given Evers’ recent collaboration with Eric Holder’s Justice Department investigation into choice schools, which has been described by state legislators as a “fishing expedition,” Evers’ intentions towards school choice are even easier to read than the DPI’s school report cards.

So the next time Evers lectures the legislature on school choice and school funding, legislators should be ready to ask Evers if the testimony he is giving will be contradicted by his own DPI newsletter just a year later.