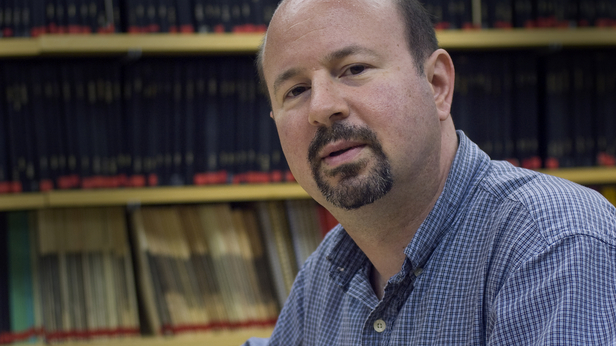 Recent statements made by climate scientist Michael Mann at the University of Wisconsin-Madison have come under fire from prominent astrophysicist and geoscientist Willie Soon, Ph.D.

Soon is an outspoken researcher at the Harvard-Smithsonian Center for Astrophysics and has been conducting climate research for more than a decade. He responded to Mann’s statements after the MacIver Institute published an article on Monday about the university event.

The Harvard researcher raised several questions about the accuracy of Mann’s analysis about global warming, including the problems caused by increased CO2 levels above 400 parts per million (ppm), that CO2 has a dramatic effect on global temperatures, and that Mann’s model of research is faulty.

During Mann’s presentation at UW-Madison, he said that CO2 levels are increasing dramatically, and the earth has rarely seen such high amounts.

“In the geologic past, atmospheric CO2 concentrations can be at least 2 to 5 times larger than 400 ppm. Therefore, crossing such a CO2 level in 2013/2014 is not unprecedented,” Soon said.

“Furthermore, it needs to be commented that the so-called atmospheric CO2 content measurements obtained from an air bubble trapped in ice cores in Antarctica were all largely smoothed values from the inability for the record to tell us any changes from one decade to another nor even one century to another. This is why making claim that atmospheric CO2 has never been higher than 400 ppm in the past 1000 years is not secure nor fully correct.”

Soon also said that changes in temperature are more reliant on water vapor and not the concentration of CO2, which directly disagreed with a key point in Mann’s speech.

“Well it turns out that the basic underlying science, the greenhouse effect, the fact that certain gases in the atmosphere like carbon dioxide have this warming influence on the surface of the earth,” Mann said. “That’s not new controversial science, that’s basic chemistry and physics that goes back to Joseph Fourier.”

“If Professor Mann was referring to the past works by Fourier, Tyndall, and Arrhenius, let just be clear that those scientists would probably agree that the major greenhouse gas is water vapor not carbon dioxide,” Soon told the MacIver Institute.

Steve Welcenbach, President of Alchemical Venture, Inc. and Editor of Reality News, agreed with Soon on the topic of water vapor and climate change.

“Water vapor is responsible for 95 percent or more of the greenhouse effect,” Welcenbach said. “When you consider the impact of the entire water cycle – clouds at every level, ocean currents and circulation, storms, glaciers and ice caps – you see how minor the CO2 impact really is and why climate models continually fail.”

Mann also said in his speech that he makes predications based on models that represent the best understanding of how the climate system operates, but Soon said the technologies available to scientists today do not have the ability to accurately predict what will happen.

“The one problem with a computer climate model is that even if we seemed to have gotten some agreements from the model with observations, we can be 100 percent sure that we have gotten the right result for the wrong reason,” Soon said. “The explanation is very simple: a computer climate model is a totally inadequate attempt to represent the real world weather and climate system that are beyond our current ability to model.”

Soon told the MacIver Institute that one example was a computer modeling of temperatures in China during the so-called mid-Holocene climate optimum period of about 6,000 years ago. The models predicted that winter temperatures were cooler at that time, but in reality, temperatures were four to eight degrees Celsius warmer than they are today.

Mann’s original comments came from his presentation at the Fifth Annual Len Robock Lecture at UW-Madison. The lecture typically focuses on climate change and falls around Earth Day.