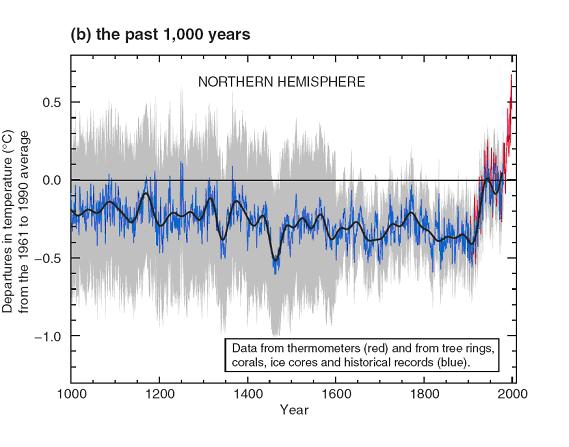 The Fifth Annual Len Robock Lecture at the University of Wisconsin-Madison featured prominent climate scientist and Penn State Professor Michael Mann last Friday. The focus of his lecture centered on his 2012 book “The Hockey Stick and Climate Wars: Dispatches from the Front Lines,” which discusses the basics of climate science and some of the opposition to his research.

Mann is one of the authors of the “hockey stick” graph, which has been the center of controversy since the mid-2000s. The graph displays temperature levels from 1000 A.D. to its published date in 1998. In his findings, Mann claims that over the 20th century, the northern hemisphere saw temperature spikes that were unprecedented during at least the last 1,000 years. The graph got its name from a fellow climate scientist who observed the relatively flat pattern of temperatures until about 1900, when temperature spikes displayed the “shaft” of a hockey stick.

Controversy erupted over the hockey stick graph when leaked emails from a climate research organization became public and the emails supposedly referred to statistical trick Mann used to show such a dramatic spike in temperature.

Several political officials called the graph into question after it was featured in the UN’s Intergovernmental Panel on Climate Change (IPCC). Skeptics were concerned about the methods used in collecting the temperature data and to what extent, the graph was scientifically accurate.

Former Virginia Attorney General, Ken Cuccinelli, requested email correspondence from Mann during his time at the University of Virginia, citing possible fraud in relation to five research grants. Mann claimed that this was an attack against his academic freedom, though university employees are made aware that their email may be subject to a Freedom of Information Act request. Eventually, the Virginia Supreme Court agreed with the University of Virginia and Mann that they did not need to produce any of the public records Cuccinelli sought.

During his speech, Mann discussed other trends he finds alarming, such as the 2012 Midwest summer heat wave. He pointed to temperatures between 100 and 110 degrees Fahrenheit, and said that the heat wave “was a record heat wave, or what we can call a typical summer day a few decades from now.” Mann tried to explain away the frigid temperatures the country experienced this past winter by claiming that no record low temperatures were broken.

Mann’s observation also does not seem to match the winter Wisconsin just survived. According to an article in the Milwaukee Journal Sentinel, National Weather Service data shows that Milwaukee experienced the 10th coldest winter on record and Madison experienced the 11th coldest winter this year. Milwaukee had 81 consecutive days of at least one inch of snow cover, its fourth longest streak ever. Green Bay broke a record with a reading of 21 below zero in late February, 4 degrees colder than the previous record low.

Mann accused Republicans of manufacturing “a disinformation campaign, to discredit the science of climate change.” He went on to say that “there are a number of bad faith actors…most of them are in one party.”

Mann specifically targeted Charles and David Koch, owners of Koch Industries based out of Kansas. The Koch brothers are well known for their political contributions and as advocates for free-markets and small government. According to Mann, the Koch brothers are major “front men” working to discredit climate science. Mann also criticized former Vice-President candidate Sarah Palin and U.S. Sen. James Inhofe (R-Oklahoma).

He applauded scientists that participated in the politics surrounding climate change, but warned the audience that there is a “more pernicious undercurrent of intimidation that causes many of our fellow scientists to second-guess themselves, scientists who would otherwise want to participate in the public discourse who fear that…they’ll be bombarded with nasty emails…and threats against their life or threats against their family members.”

Professor Mann did not provide any examples of threats that he or his colleagues received.

Mann equated much of the speculation over his research as an attack against him personally. He called on the audience to try to stop those who are skeptical of the science from “discredit[ing] the science of climate change” otherwise “it’ll be filled by the talking heads who are funded by some of those special interests, some of the brothers from Kansas that we talked about.”

Not one to shy away from controversy, Mann appeared to thank a Wisconsin politician for fleeing the state in a unprecedented and inflammatory attempt to prevent a vote on Governor Walker’s collective bargaining reforms. State Senator Mark Miller (D-Monona) asked Mann to comment on the potential infringement of academic freedom relating to climate change research at public universities. Mann started off by thanking Senator Miller for his public service and said, “I’ve described some of the experiences that I’ve been through, but I was never forced to leave my state. So my hat’s off to you.”