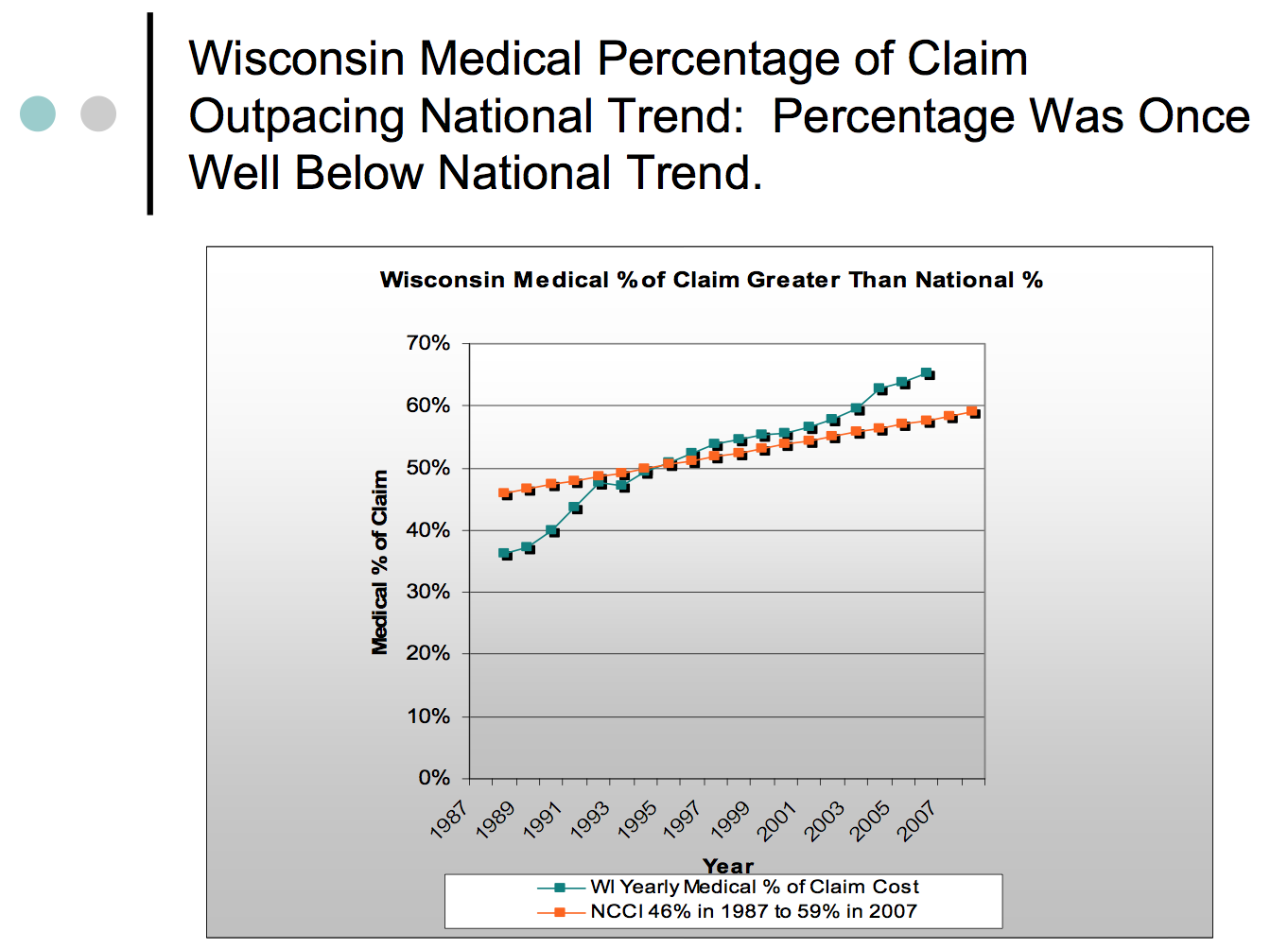 [Madison, Wisc…] The Wisconsin Department of Workforce Development could soon have a plan to get workers compensation health care costs under control after a recent study pointed out Wisconsin pays more medical costs per claim than the national average and the gap is growing.

Experts maintain, however, that overall the state still has one of the best workers compensation systems in the country. A recent report by the Workers Compensation Research Institute (WCRI) examined 16 states and found Wisconsin has the lowest average indemnity payments per claim, injured workers get back faster, and overall costs per claim are among the lowest. The one factor that is getting out of control is the average medical costs per claim in Wisconsin.

And that is what has the Workers Compensation Advisory Council worried.

Another study, by the Wisconsin Insurance Alliance, also found the maximum allowance for medical costs in Wisconsin is nearly double what it is in neighboring states. That’s because currently, there is no limit to what medical providers are allowed to charge the WC system. The Wisconsin Workers Compensation Advisory Council has been talking about these rising costs for the past few months.

The council is made up of representatives of labor and management, and set WC policy in the state. It is considering a fee schedule based on the Medicare reimbursement rate, in which providers would receive 175 percent of that rate.

One council member told MacIver News that management is all for the idea and labor is open to it, but the health care providers are dead set against it. In September, the council delayed a decision for one month to allow the providers to review the newest version of the WCRI report, which another source told MNS was virtually unchanged from a report that came out over the summer.

Some expect the health care providers to present an alternative plan at that meeting.