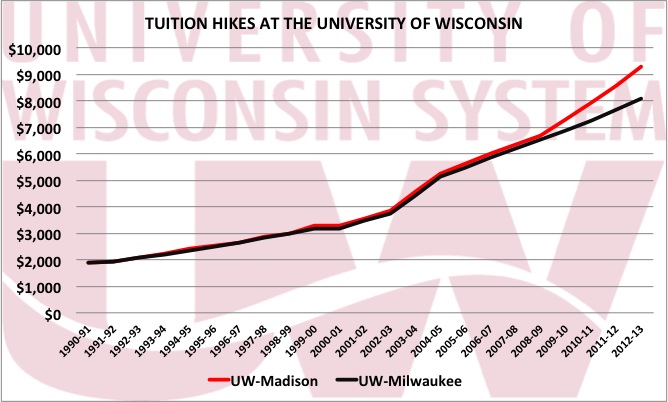 On Friday, April 19th, the Legislative Fiscal Bureau announced the UW-System has over a billion dollars in cash reserves. About $414 million of the billion dollars comes directly from tuition revenues. Meanwhile the annual tuition increases at UW-Madison average 6.9 percent since 1990-91. At UW-Milwaukee, tuition increases average 6.4 percent since 1990-91.

The Legislative Fiscal Bureau released a paper in 2011 tracking tuition hikes up to that point. Tuition information for 2011-12 can be found here and, for 2012-13, here.